Sites of the October Revolution in St. Petersburg
from Steve Miller's Collection 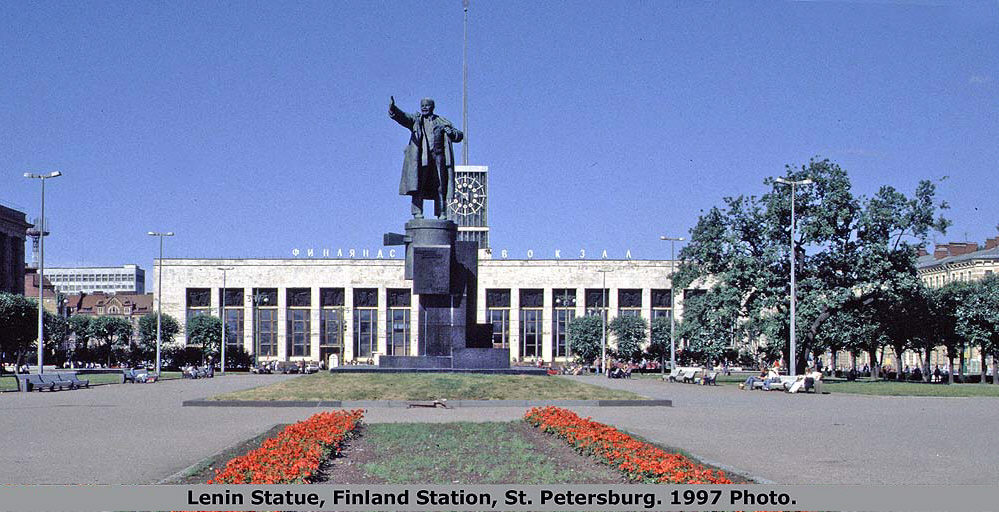 The Finland Station  was built by Finnish State Railways as the eastern terminus of the Riihimäkt-St. Petersburg railroad. It was designed by Swedish architects and opened in 1870. The station formerly contained a special pavilion for Russian royalty. It is the site where Lenin first arrived in April 1917 from Switzerland and whence he fled in disguise in August 1917. Lenin is still remembered with a statue in front of the station.  Before dawn on Wednesday 1 April 2009 a bomb exploded in the statue of Lenin, creating an 80cm–100cm hole in the back of the statue. 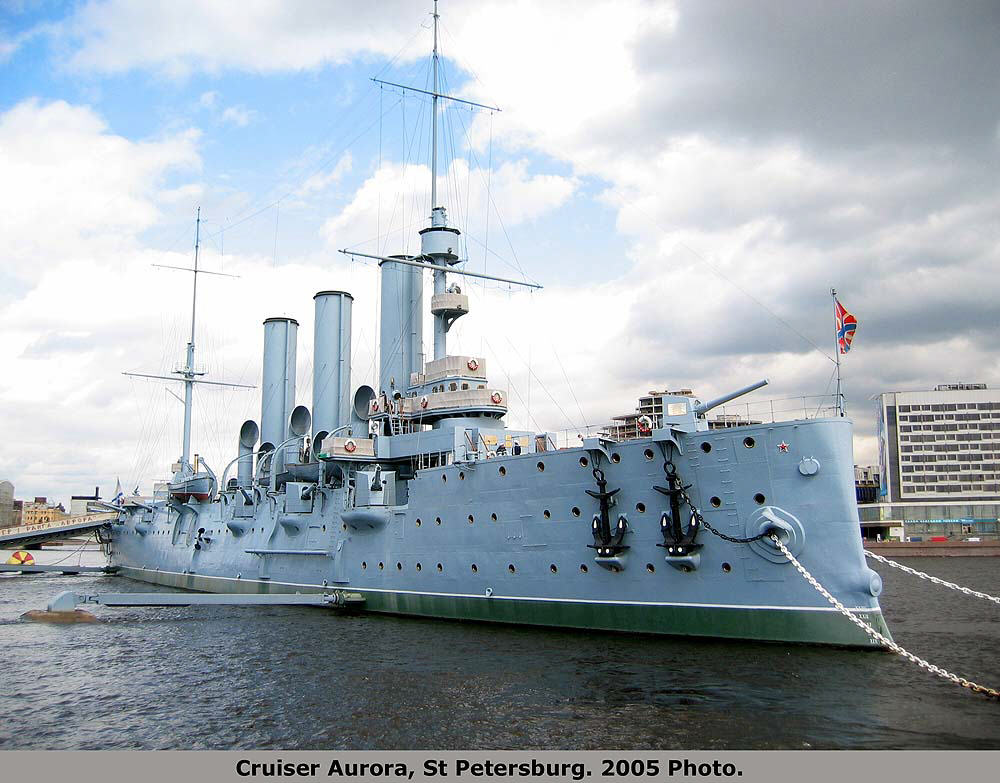 The armored cruiser Aurora was built in St. Petersburg at the turn of the century and survived the Battle of Tsushima, in which most of Russia's Pacific Fleet was destroyed. Early in WWI it patrolled the Baltic and served as a training vessel. During the October Revolution of 1917 Aurora gave the signal (by firing a blank shot) to storm of the Winter Palace. Members of the crew are believed (possibly this is a legend) to have participated in the attack at the palace. 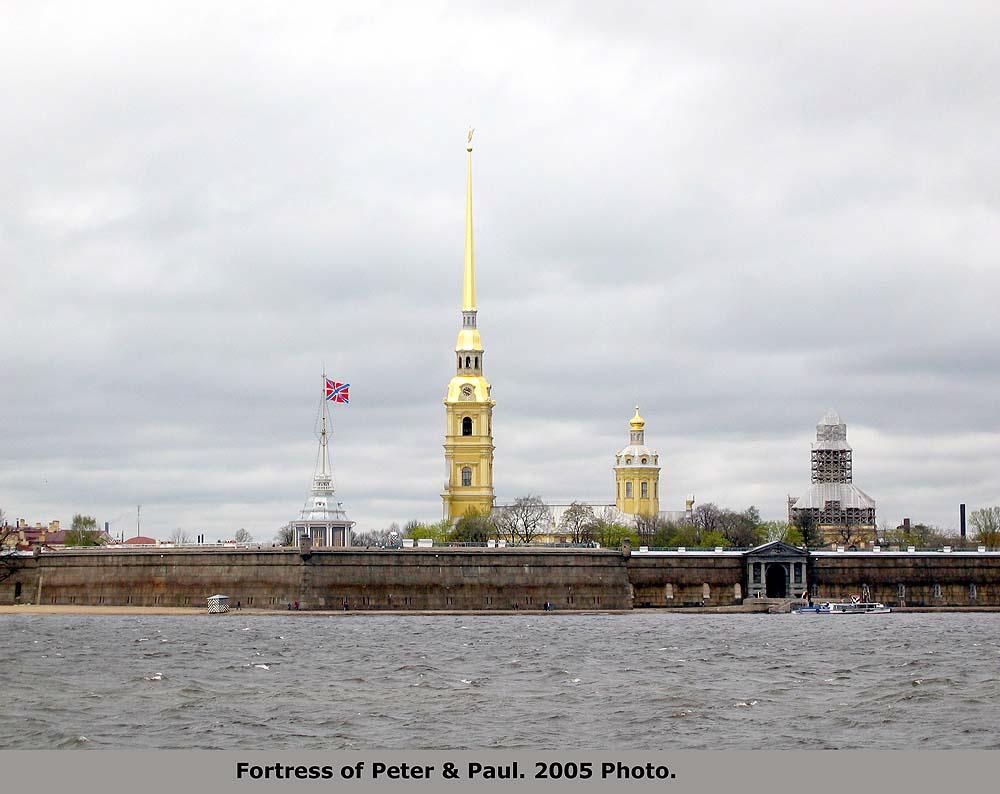 During the earlier February Revolution of 1917, Peter and Paul Fortress was attacked by mutinous soldiers of the Pavlovskii Regiment on 27 February and freed the prisoners. Under the Provisional Government hundreds of tsarist officials were held in the fortress. On 4 July when the Bolsheviks attempted a coup, the fortress garrison of 8,000 men declared for the Bolsheviks. They surrendered to government forces without a struggle on 6 July.

On 25 October, again the fortress quickly came into Bolshevik hands. Following the ultimatum from the Petrograd Soviet to the Provisional Government ministers in the Winter Palace, after the blank salvo of the cruiser Aurora at 21:00, the guns of the Fortress fired 30 or so shells at the Winter Palace. Only two actually hit, inflicting minor damage, and the defenders refused to surrender — at that time. 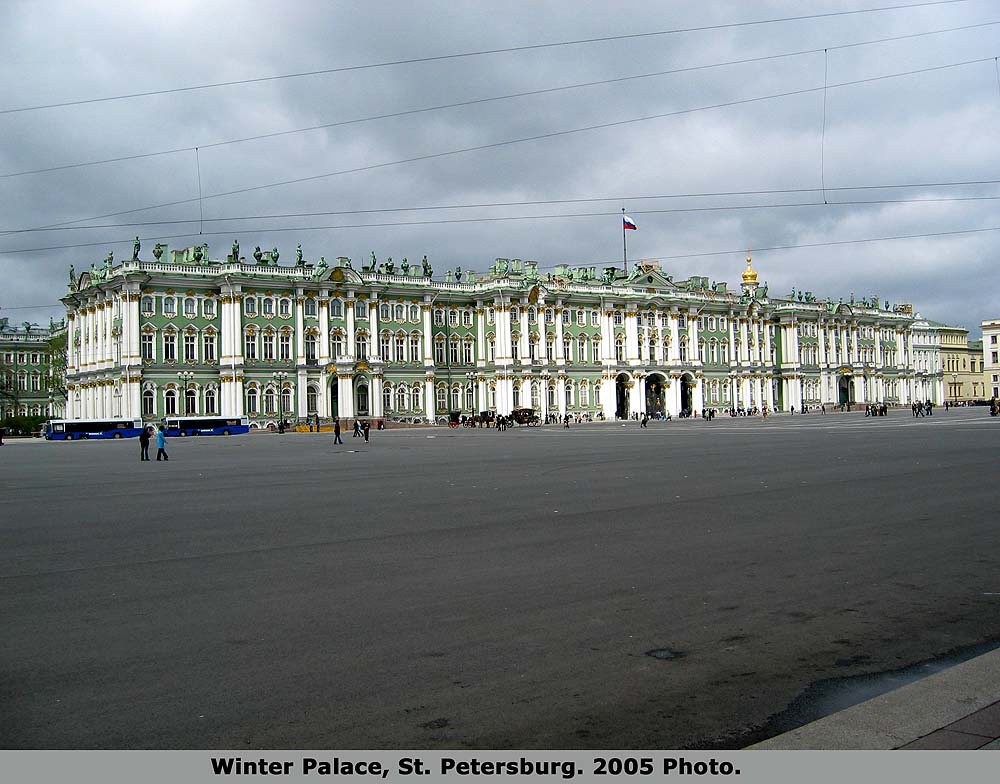 In 1905, the Winter Palace was the site of the Bloody Sunday massacre on Palace Square that marked the beginning of the end for the power of the Romanov dynasty. It saw the official opening of the first Duma in 1906 and the presence Nicholas II and Alexandra to accept the salute of troops departing for the front in 1914. During the war it was transformed into a temporary hospital for wounded soldiers.