The Centennial at the Grass Roots: TMC's WWI Film Festival

Tomorrow night, the Turner Movie Classics network is launching an outstanding World War One film festival to mark the 100th anniversary of the start of the conflict. Below is the schedule for opening night alongside the list of films to be seen on future Friday evenings. Almost all the best-known classics are included ( I don't see The African Queen or Hell's Angels), but — most exciting for me — are the hard to find oldies like The Better Hole (Bairnsfather's Old Bill brought to the silver screen) and the original Waterloo Bridge. 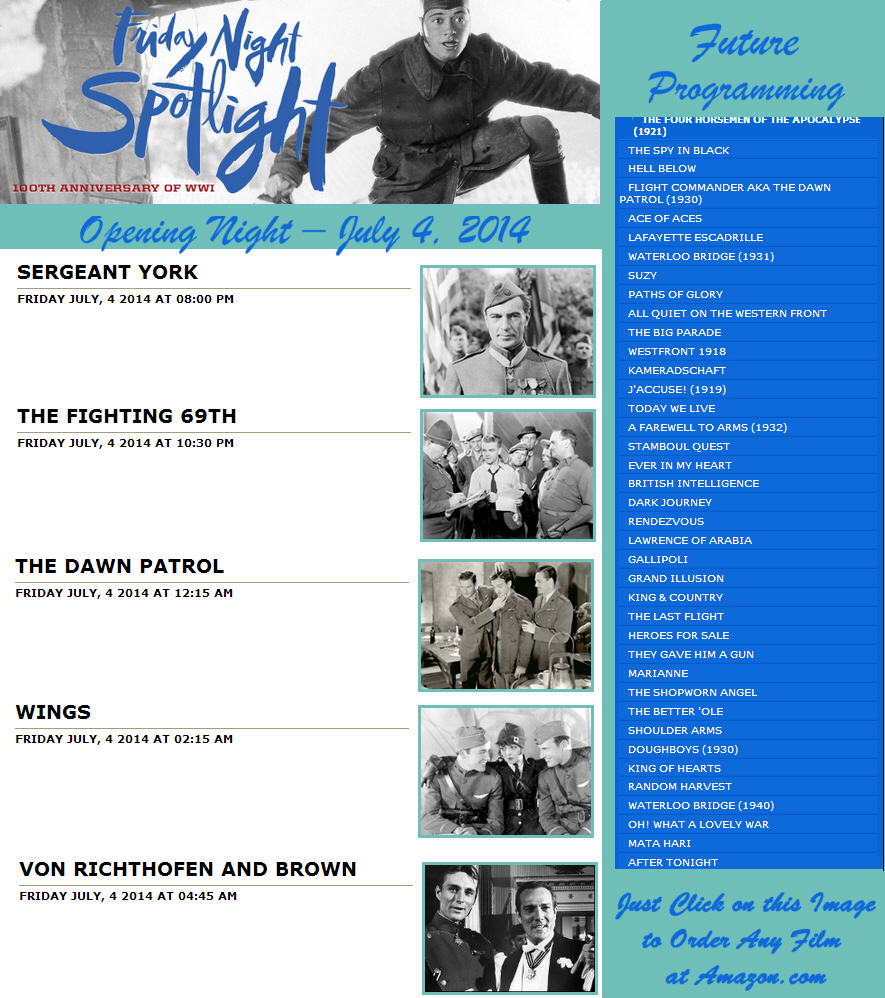