Eyewitness: Through the Periscope: RMS Lusitania

Clear bow-shot from 700 meters. . . Torpedo hits starboard side close abaft the bridge, followed by a very unusually large explosion with a violent emission of smoke (far above the foremost funnel). In addition to the explosion of the torpedo there must have been a second one (boiler or coal or powder).

The superstructure above the point of impact and the bridge are torn apart, fire breaks out, a thick cloud of smoke envelops the upper bridge. The ship stops at once and very quickly takes on a heavy list to starboard, at the same time starting to sink by the bow. She looks like she will quickly capsize.

Much confusion on board; boats are cleared away and some of them lowered to the water. Apparently considerable panic; several boats, fully laden, are hurriedly lowered, bow or stern first and at once fill with water. . . 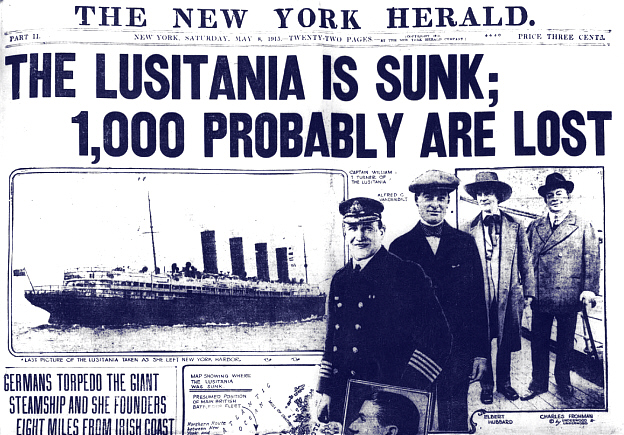