One area that has been neglected so far in the Centennial commemorations is the Italian Front of the Great War.  I am hoping that will pick up soon, and I'll be doing as much as I can to correct that in our Worldwar1.com publications. However, since I've given a number of talks on the fighting there and led tours there, I know there is quite a bit of confusion about the location and character of the geography in its various sectors. Here is a little primer so you can understand which areas are being discussed when you see articles or TV programs on the war on the Italian Front. The are five sectors, five kinds of battlefields, to be mindful of. Since the terrain was different in each, the character of the fighting there was different as well.

This key map locates the different sectors show on the subsequent slides. The S-shaped front was about 400 miles long from the spring of 1915 until the Battle of Caporetto in October 1917. 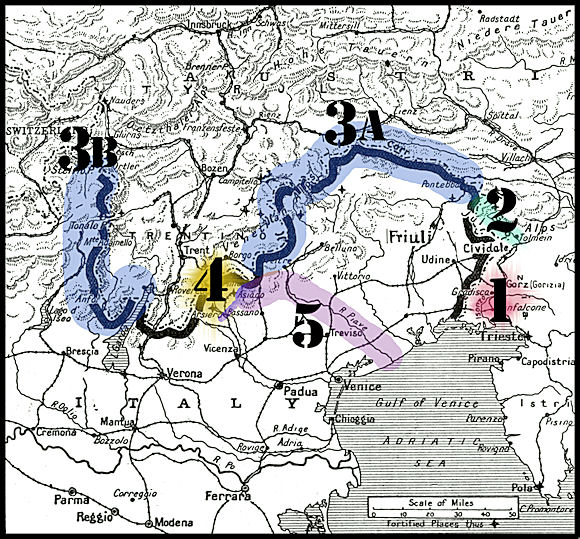 Here are slides showing the features and terrain of the five sectors.