Slowing Down the Schlieffen Plan

By  late August 1914, the Schlieffen Plan was coming unraveled. There were issues of physical exhaustion and communications and coordination breakdowns, but possibly the most importantly, the supply line back to Germany was nowhere what was needed to sustain the huge five-army advance as it moved into France.

Strong Belgian resistance contributed to this, including especially extensive demolition of railway infrastructure, greatly hindering the use of the network to supply German forces. Even a month after the occupation of Belgium, barely 15 per cent of the railway network was operating despite 26,000 workers being drafted in.

The rapidly advancing German troops far outran their supply lines once they entered France. They were soon up to 80 miles ahead of their nearest railhead, and horse-drawn transport could not adequately bridge the gap. The increasingly exhausted German troops were short of food and ammunition, and also faced stiffening resistance as the French used their well-developed rail network around Paris to assemble a new army to protect the capital. Meanwhile British forces were rushed across the Channel and deployed with the French and Belgian forces. The German advance ground to a halt. This theme - of the momentum of an initially successful advance faltering as supply lines were outrun, while defending forces were rapidly concentrated to fill the breech - was to be replayed many times during the next four years. 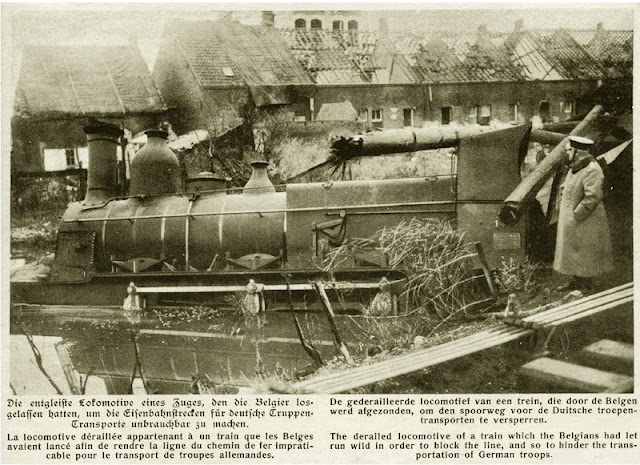 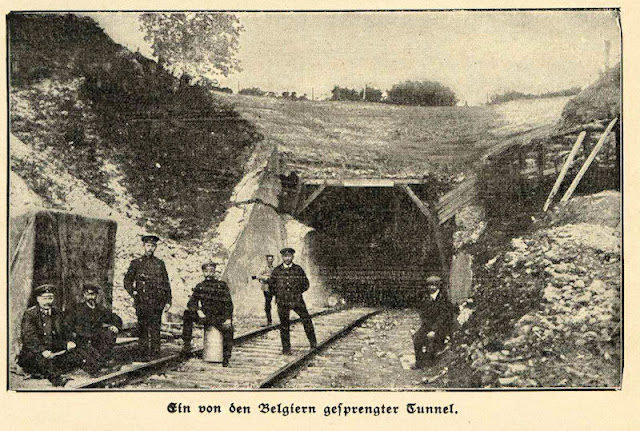 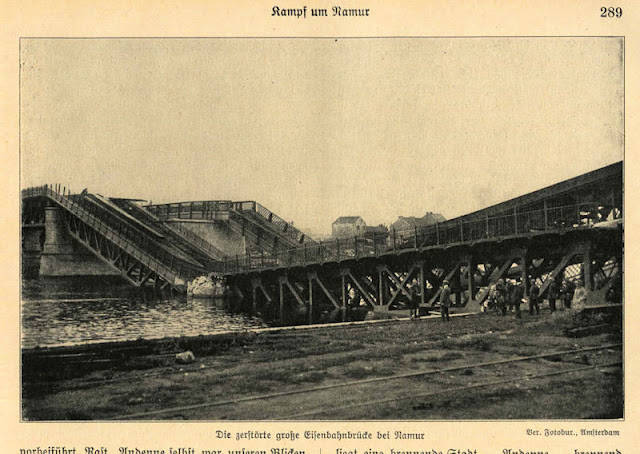 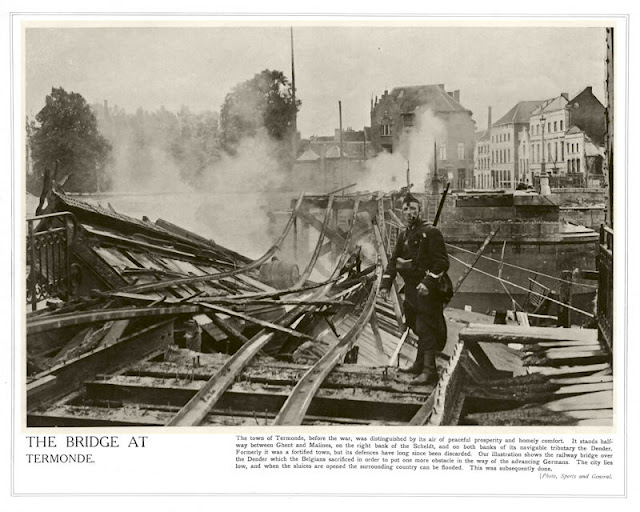 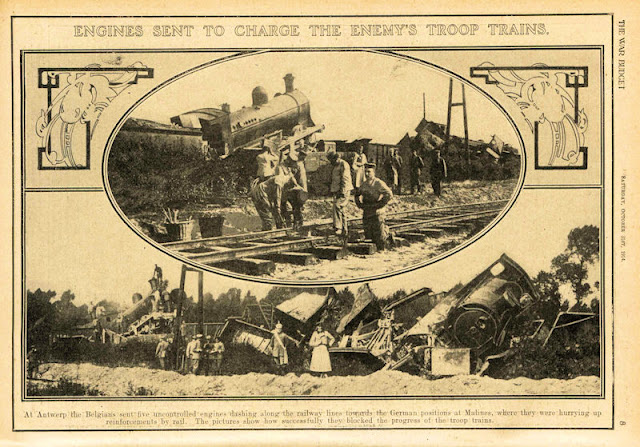 This photo documents a daring ploy by the Belgians during the siege of Antwerp. Five locomotives were sent down lines on which German troop trains were approaching.  The ensuing collision resulted in the crashes shown and the arrival of the troops being transported delayed. 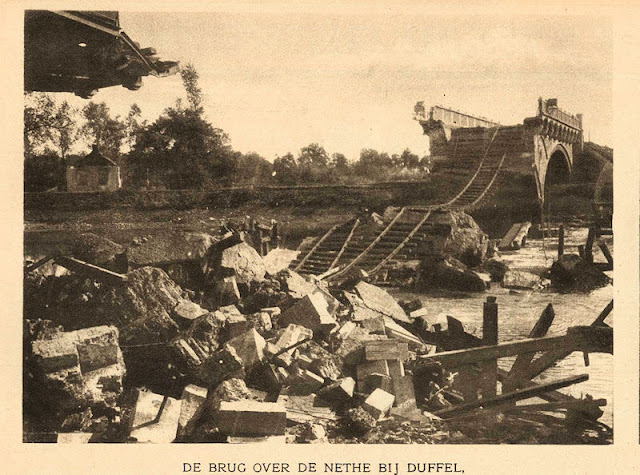 Spectacular Demolition of Rail Bridge Over the Nethe River