Where: Southeast of Verdun

Top: Before and After – Note Vedun Top Left in Each Map;
Bottom: Opening Plan and Final Line


Allied counteroffensives in mid-1918 eliminated most of the German salients on the Western Front. But the St. Mihiel salient remained, projecting into the Allied line since 1914. Its elimination was critical to securing lines of communication to eastern France and the Vosges Mountain Sector, as preparation for an Allied effort in the fall to push German forces out of occupied territory. On 10 August 1918, the U.S. First Army was activated, commanded by General John J. Pershing. It included fourteen American and four French divisions. It was given the mission to reduce the salient. Nearly 1,500 aircraft participated, the largest use of airpower in World War I. In early September final plans for the St. Mihiel offensive included a main drive against the southern face of the salient, a secondary blow against the western face, plus holding attacks and raids against the tip around the occupied town of St. Mihiel. 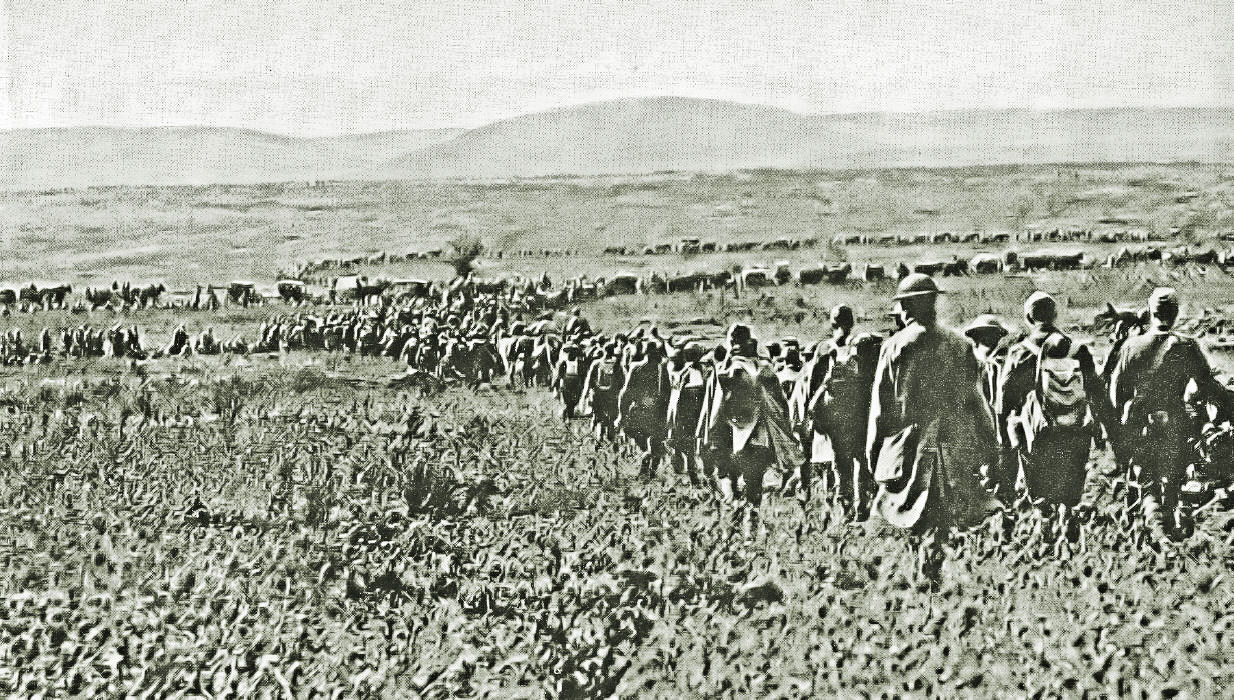 
Firsthand Accounts – Friday 13 September 1918:
The attack began on 12 September (D-Day) at 1:00 a.m. with twelve massive aerial and artillery bombardments of German positions. The main ground attack on the southern face began at 5:00 a.m (H-Hour) with the assault on the western face starting at 8:00 a.m. The Germans, who were beginning a withdrawal from the salient, were caught by surprise.

Within a day, the 26th Division attacking from the west and the 1st Division driving north effectively severed the salient at Vigneulles. The other divisions attacking from the south pushed northward until 16 September when the offensive was suspended in anticipation of the next operation, the Meuse-Argonne Offensive starting in less than two weeks. The advance of the 42nd "Rainbow" Division was supported by two battalions of tanks personally led by George Patton. The 2nd Division liberated the road hub at Thiaucourt, and adjacent to them the 89th Division captured the ground that became the U.S. cemetery for the salient. Over 550,000 members of the AEF were involved in the St. Mihiel Offensive. 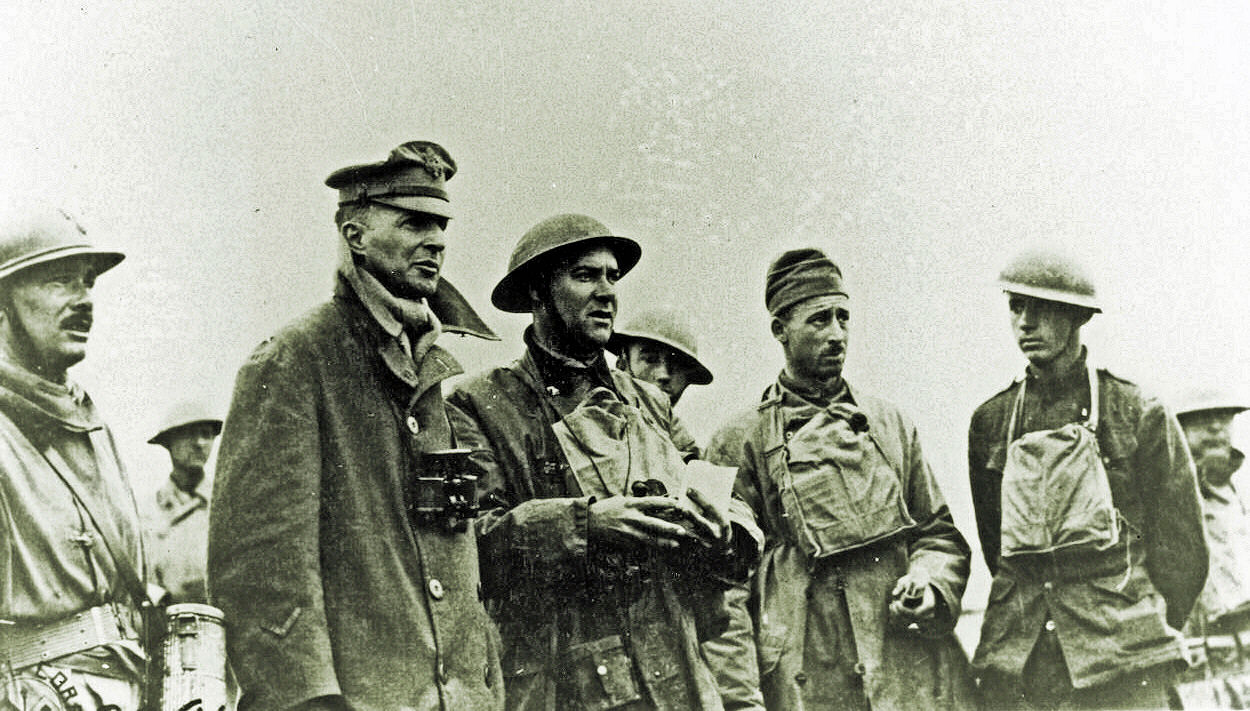 BG Douglas MacArthur During the St. Mihiel Offensive, Lt. Col. Walter Bare, 167th Inf., on His Left, French Liaison Officer on His Right. MacArthur Was Only One of Many Key Officers Who Would Gain Important Experience for WWII at St. Mihiel.


Hiked through dark woods. No lights allowed; guided by holding on the pack of the man ahead. Stumbled through and under brush for about half-mile into an open field where we waited in a soaking rain until about 10 PM. We then started on our hike to the St. Mihiel Front arriving on the crest of a hill about 1am. I saw a sight which I shall never forget. It was the zero hour. In one instant the entire front as far as the eye could reach in either direction was a sheet of flame while the heavy artillery made the earth quake. The barrage was so intense that for a time we could not make out whether the Americans or Germans were putting it over. After timing the interval between flash and report we knew that the heaviest artillery was less than a mile away and consequently it was ours.
~Corporal Eugene Kennedy, 78th Division
Diary

The St. Mihiel Drive was on! Leaping out of bed I put my head outside the tent. We had received orders to be over the lines at daybreak in large formations. It was an exciting moment in my life as I realized that the great American attack upon which so many hopes had been fastened was actually on. ... At 60 feet above ground [flying] straight east to St. Mihiel, we crossed the Meuse River and turned down its valley towards Verdun. Many fires were burning under us as we flew, most of them well on the German side of the river. Villages, haystacks, ammunition dumps and supplies were being set ablaze by the retreating Huns. ...One American army was pushing towards it from a point just south of Verdun while the other attack was made from the opposite side of the salient. Like irresistible pincers, the two forces were drawing nearer and nearer to this objective point....we found the Germans in full cry to the rear...
~Capt. Eddie Rickenbacker, 94th Aero Squadron
Memoir

A Great Day for the Americans! Our infantry is still pushing 'em back. Many prisoners are going by. We were at guns all morning, but had to stay in camp all afternoon. We are out of range and await orders to move up. Steady stream of men and material going up constantly. Two of our boys sneaked off and went up to the old Hun trenches and brought back lots of Hun souvenirs -- razors, glasses, pictures, equipment, etc.
~Sgt. Edwin Gerth, 51st Coastal Artillery
Diary

That same night we were advised that the victorious Americans had taken Thiaucourt - that scene of so many of our operations back of the lines...And we were also informed that at last Montsec had fallen! Its high crest dominated the entire landscape......The capture of Montsec was a remarkably fine bit of strategy, for it was neatly outflanked and pinched out with a very small loss indeed. Our infantry and Tank Corps accomplished this feat within twenty hours.
~Capt. Eddie Rickenbacker, 94th Aero Squadron
Memoir