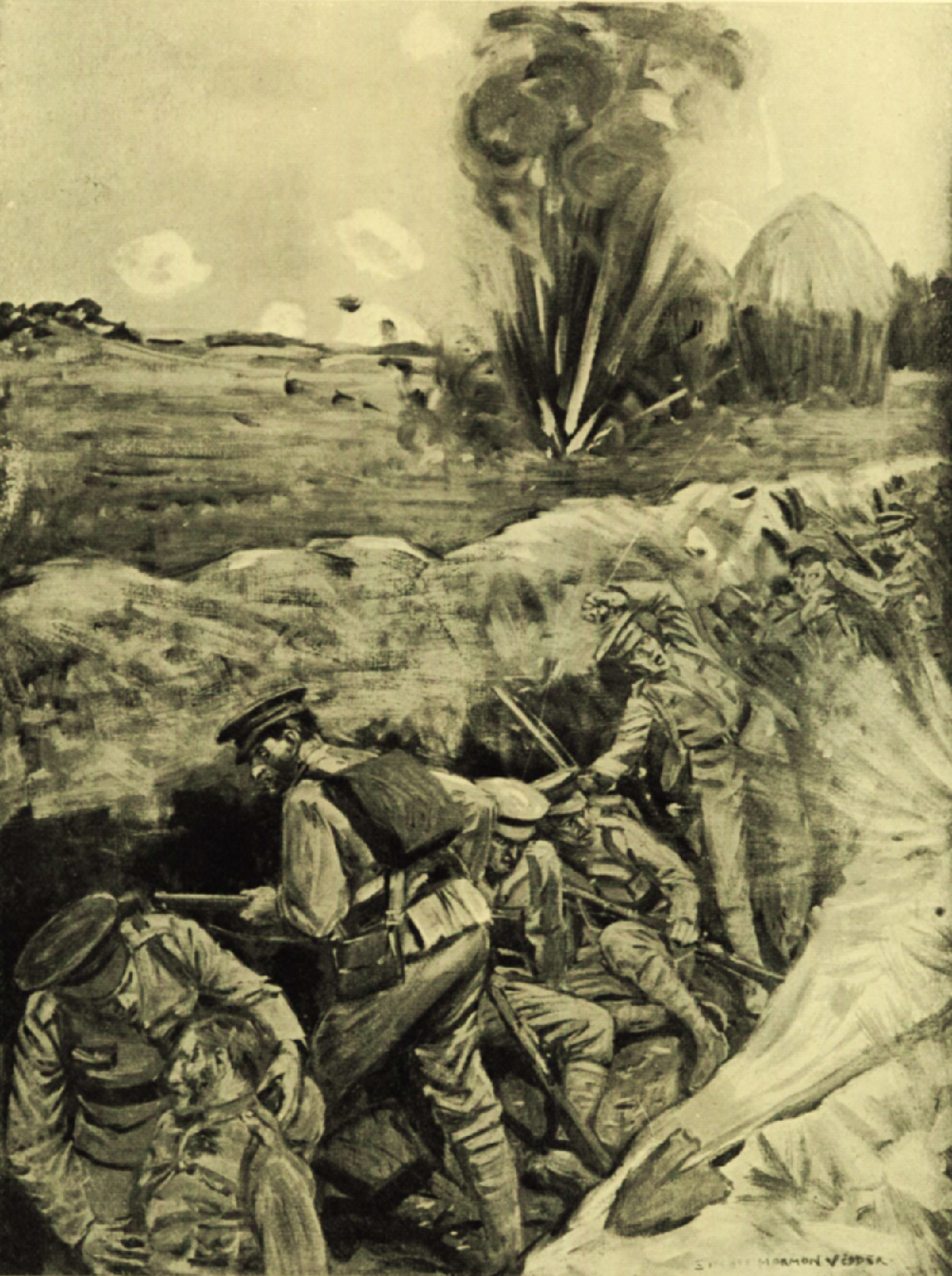 A drawing of early trench warfare during the September 1914 post-Marne fighting along the Aisne. It was during this battle that systematic trench warfare began on the Western Front.


Citizens of Paris: The members of the Republican Government have left Paris. . . I have been empowered to defend Paris against the invader.  This task I shall carry out to the end.
General Joseph Gallieni, Military Governor of Paris, 3 September 1914

We are about to engage in a battle on which the fate of our country depends...the moment has passed for looking at the rear...Troops that can advance no farther must, at any price, hold the ground they have conquered and die on the spot rather than give way.
General Joseph Joffre, Order of the Day, 5 September  1914

This day is the decisive one.  One whole army, stretching from Paris to upper Alsace, has been fighting in a battle since yesterday.  If I had to give my life today to gain victory, I would relinquish it with rapture, as thousands of our comrades in arms have already done.
General Helmuth von Moltke, 7 September 1914


The terrible difficulty of our situation often stands like a black wall in front of me, seeming quite impenetrable.
General Helmuth von Moltke, 8 September 1914

My center is giving way, my right is retreating, situation excellent, I am attacking.
Ferdinand Foch, 9th Army Commander,  8 September 1914

I don't know who won the Battle of the Marne, but if it had been lost, I know who would have lost it.
Marshal Joseph Joffre, After the War

We have lost the war.  It will go on for a long time, but it is already lost.
Crown Prince Wilhelm After the Marne

Their infantry are holding strong lines of trenches among and along the edge of the numerous woods, which crown the slopes. These trenches are elaborately constructed and cleverly concealed. In many places there are wire entanglements and length of rabbit fencing.
Col. (later Maj-General) Edward D. Swinton, DSO, During the Battle of the Aisne,  18 September 1914


We have been living in a sheltered valley for generations. We have been too  comfortable, too indulgent, many perhaps too selfish. And the stern hand of fate has scoured ust to an elevation where we can see the great everlasting things that matter for a nation; the great peaks of honor we had forgotten — duty and patriotism, clad in glittering white, the great pinnacle of sacrifice pointing like a rugged finger to heaven.
David Lloyd George, 19 September 1914

They shall not grow old, as we that are left to grow old:
Age shall not weary them, nor the years condemn.
At the going down of the sun and in the morning,
We will remember them.
"For the Fallen," Laurence Binyon, First Published 21 September 1914

If we did not have the Navy, we would have had two more army corps and would not have lost the Marne battle.
German War Minister von Falkenhayn to Admiral Tirpitz, September 1914