Cigarette cards were intended to help sell cigarettes, naturally. It soon became apparent that the public found the air war and aircraft fascinating. Our regular contributor Cyril Mazansky has shared a number of the aviation examples from his collection. 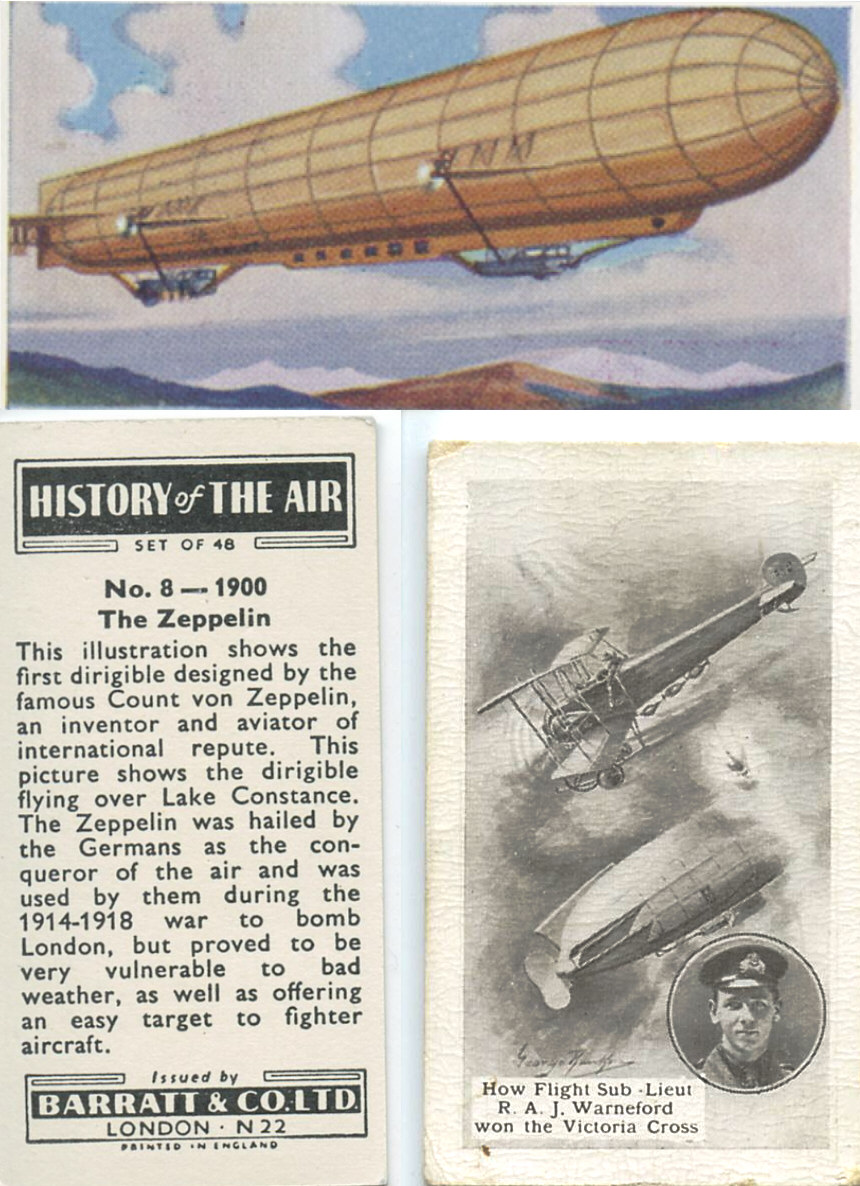 Since the British public found themselves being bombed by zeppelins they had an immediate interest in them and the effort to defeat them. Here we have the front and back of a card telling the history of Ferdinand von Zeppelin's original design. The third image shows naval Lt. Warneford destroying zeppelin LZ-37 over Belgium in June 1915. He was soon rewarded with the Victoria Cross, but died in a crash 10 days later. 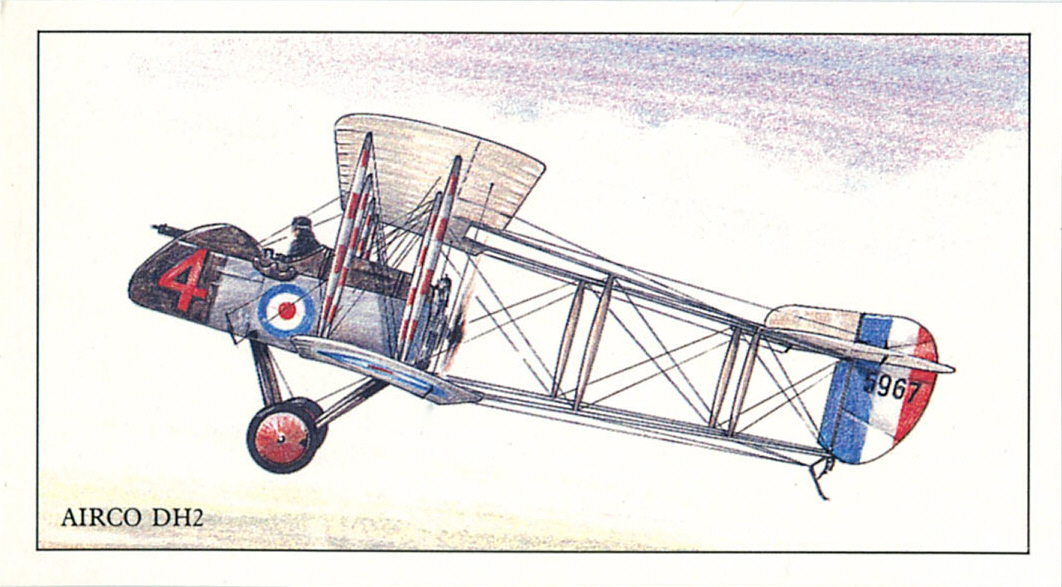 British cigarette sellers, of course, emphasized British aircraft with their cards. The Airco DH2 saw service in early 1916 and temporarily gave the British air superiority. The pusher design, however, was dated and by late 1916 were at a distinct disadvantage against such new German fighters as the Albatross and Halberstadts coming into action. 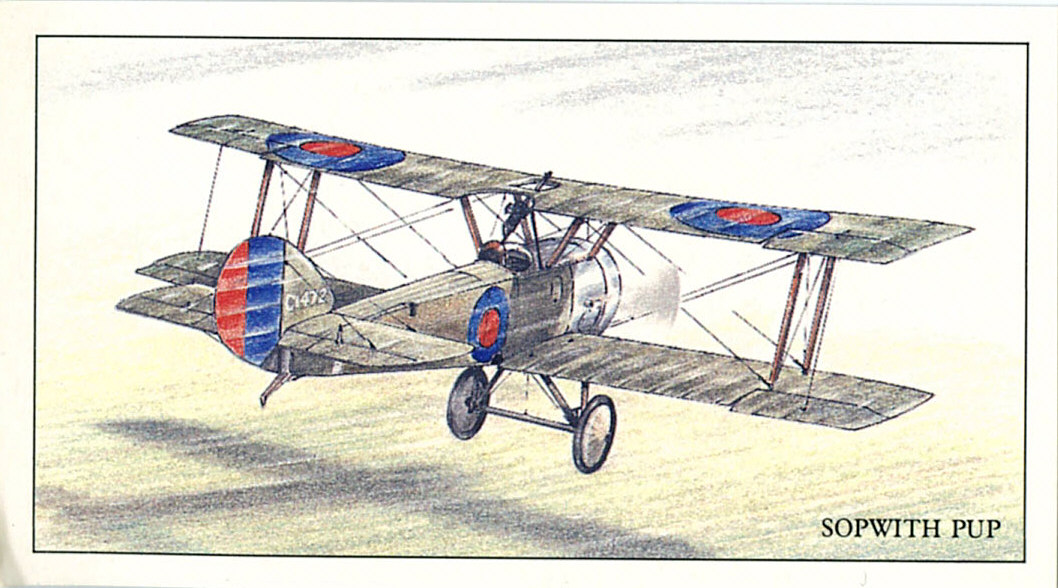 The Sopwith Pup was considered, for its time, "the perfect flying machine."  It was able to maintain altitude better than the opposing aircraft such as the Albatrosses on the Western Front in late 1916.  Because of its smaller size it was used by the Royal Navy to test shipboard take-offs. 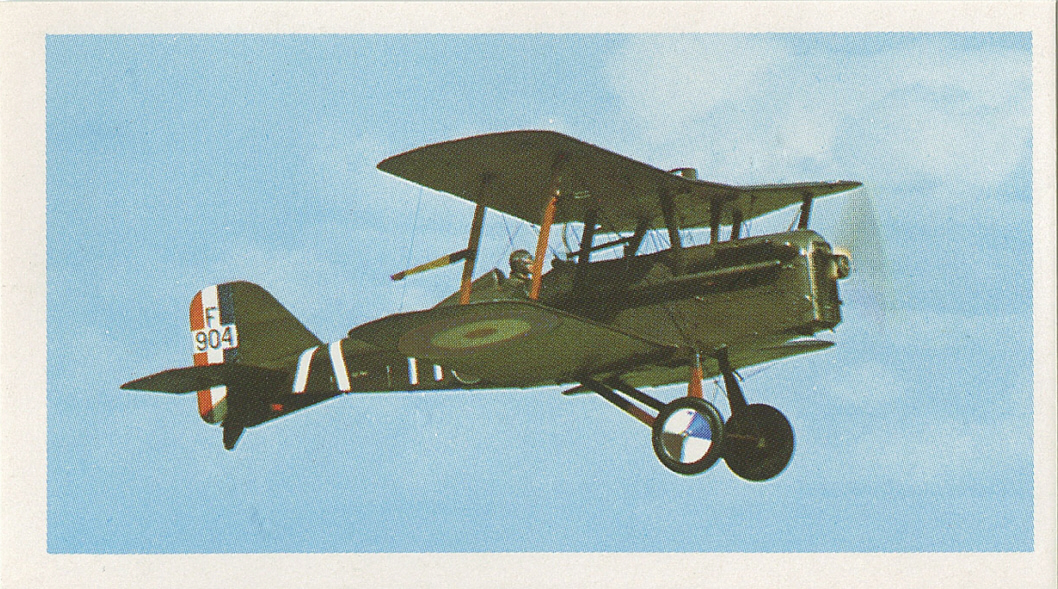 Considered by many commentators to be the finest British fighter of the war.  It's early version had development issues and was under-powered, so it did not make its presence known on the Western Front until early 1918.  Several of the most notable aces of the British Air Service won their biggest successes with the SE5a, including Mannock, Bishop, and McCudden.