Clemenceau to the Front 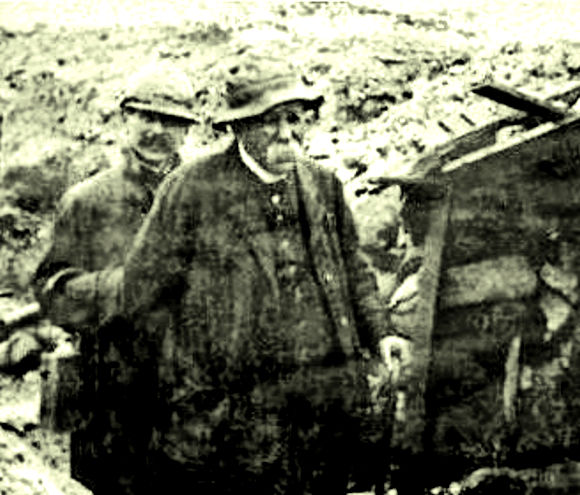 Georges Clemenceau visited the Western Front —all of the sectors—many times after the war began. His tours of inspection had taken him to the North Sea and to the Vosges, to the Somme and to Verdun. He met with troops and observed the condition of their trenches, the state of their armaments, and the quality of their medical care. He shared meals with the poilus, discussing the mud, the noise, the rations, and the fleas. He befriended doctors at the Red Cross stations and hurled creative insults and threats at the German soldiers on the other side of the line. 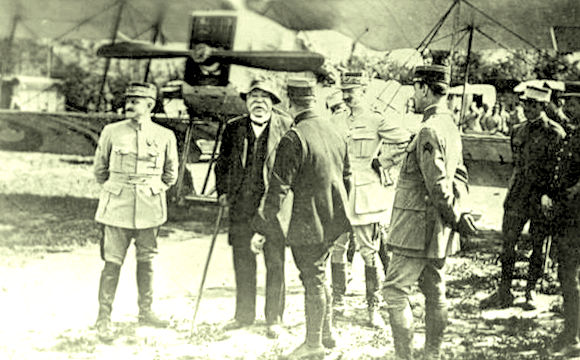 There was a political strategy behind this.  The poilus were encouraged by his many visits to the trenches. This confidence began to spread from the trenches to the home front. After years of criticism against the French Army for its conservatism and Catholicism, Clemenceau needed help to get along with the military leaders to achieve a sound strategic plan. The support of the troops and the citizenry was essential for gaining the generals' support. 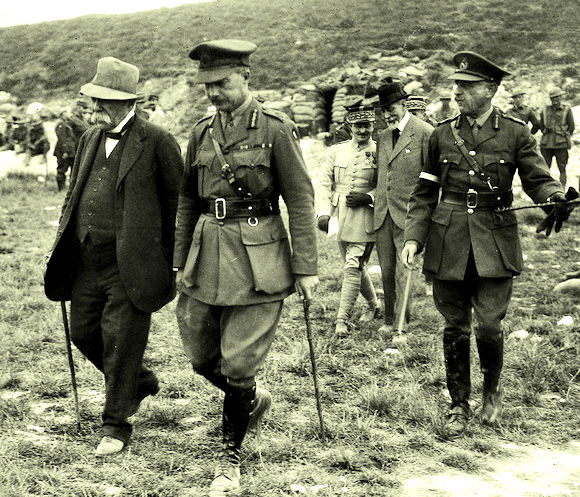 In parallel with his political strategy was his military diplomacy. Clemenceau was equally energetic in visiting the Allied forces. There are countless  photos of him with British Tommies and American Doughboys. He also got along well with Field Marshal Haig, especially since Haig had supported naming Ferdinand Foch as generalissimo of the Allied forces. On the other hand, Clemenceau never seemed to embrace American commander John J. Pershing. This may have had its origin in Pershing's unbending  attitude on the amalgamation issue or, maybe, just personality differences. There's a hilarious account of Clemenceau's rage at Pershing over being trapped in a massive traffic jam in the opening of the Argonne Offensive. 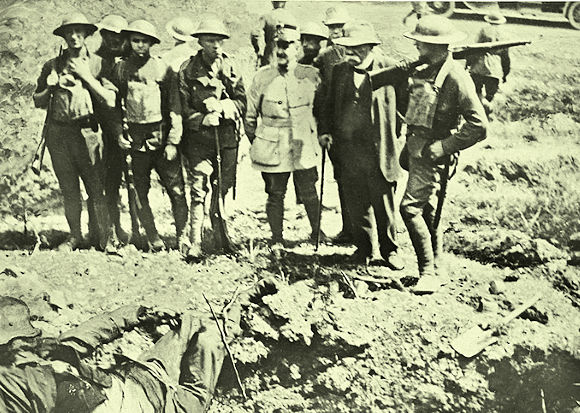