Commemorating the first use of tanks in history, the British Tank Corps Memorial was an early commemorative addition to the Somme battlefield. Today it is still a must-see on any visit to the Somme. Located where tanks gathered on the evening of 14 September 1916, it is on  the south side of the D929 Albert-Bapaume road just to the north of the village of Pozières and directly across the road from the Windmill of Mash Valley Australian memorial. 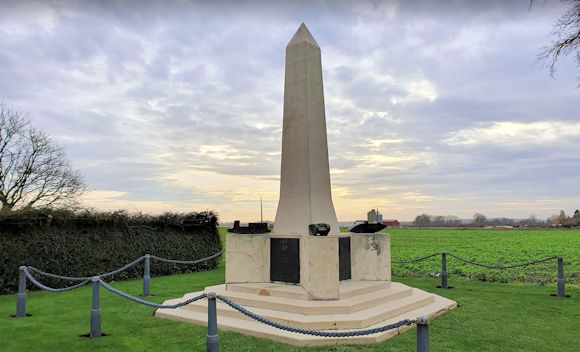 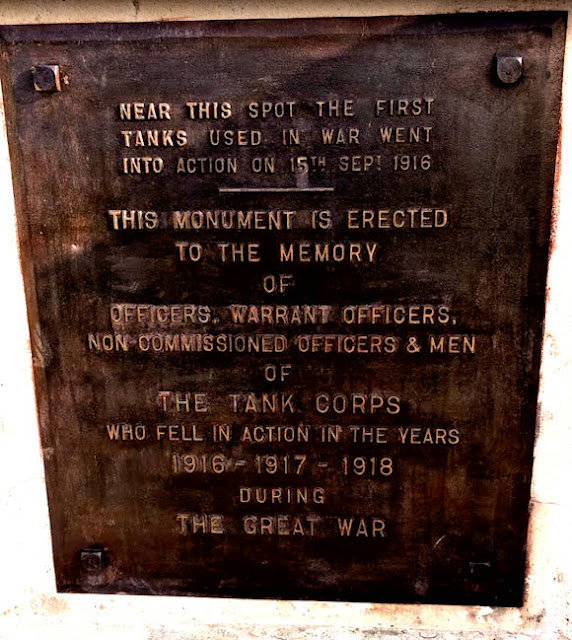 On the morning of 15 September, the tanks attacked in a sub-action of the Battle of the Somme, known as the Battle of Flers-Courcelette. Of the 36 tanks assembled on this site, seven were attached to the Canadian forces assigned the capture of the village of Courcelette and a sugar factory about half a mile to the east.

The memorial's structure consists of an obelisk, surrounded by four tank models. The models include a basic Mark-series tank, two Whippet tanks, and a gun carrier version. Actual tank parts were used to construct the chains and bollards protecting the monument. The memorial was dedicated in July 1922. The bronze plaques attached to the main monument list the actions in France in which the Tank Corps fought. A smaller memorial is located in the town center in Poelkapelle, Belgium, honoring the Flanders tank actions.