The Importance of Fictional Works About the War, Part I of III 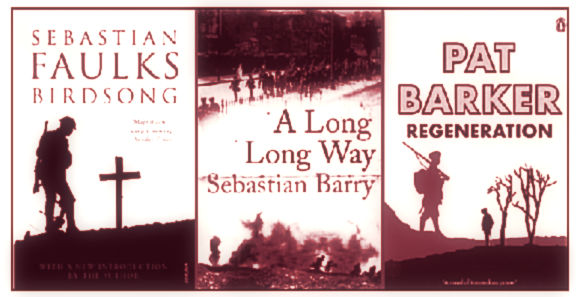 Why is war such an important feature of modern novels in English? How do such novels contribute to our understanding of war, and what does it mean to be a human being in time of war? I believe that by understanding the nature of representation of war in fiction we can better appreciate the consequences of war for human beings and understand the special contribution that novels can make in reaching such an appreciation. Most important, novels have a special ability to portray the moral concerns of individuals and how these affect the chances of
survival.

It is not my purpose here to argue for the historical accuracy, or otherwise, of war novels. Rather, I wish to show that works of art, which treat a limited aspect of the war, and where the writer enjoys the benefits of distance—physical and emotional—from the events which form the inspiration and context of the story told, can add to our understanding of human beings who serve in wars.

Documentary accounts alone cannot accomplish this. Whether a story is "true" or not, it is difficult for the reporter to separate what is verifiable from what seemed to take place. Tim O'Brien, American novelist and veteran of the Vietnam War, expresses this as follows:

In any story, but especially a true one, it's difficult to separate what happened from what seemed to happen. What seems to happen becomes its own happening and has to be told that way. The angles of vision are skewed. When a booby trap explodes, you close your eyes and duck and float outside yourself. When a guy dies . . . you look away and then look back for a moment and then look away again. The pictures get jumbled; you tend to miss a lot. And then afterward, when you go to tell about it, there is always that surreal seemingness, which makes the story seem untrue, but which in fact represents the hard and exact truth as it seemed.
("How to Tell a True War Story", in Paula Geyh, et. al, eds. Postmodern American Fiction: A Norton Anthology, pp. 175-6).

World War One has given rise to a particularly large number of novels in English, especially from the British and Commonwealth countries, e.g. Canada, Australia, India, and South Africa. These have been the focus of my ongoing research into the popularity of modern English war literature, a study which covers over 80 novels published in English over the past 40 years.

The renowned World War One scholar Paul Fussell wrote: "Life feeds materials to literature while literature returns the favour by conferring forms upon life" (The Great War and Modern Memory, p. ix). World War One novels are important sources of knowledge not only about the past; they also indicate values and concerns that are important today. It is thus no surprise that a number of World War One novels have appeared on bestseller lists throughout the world—and their popularity continues to grow. In accounting for the British fascination with World War One, Richard Holmes points out that this war saw more men serving than any other conflict in British history.


The Great War contained all the extremes of the human condition. Sebastian Faulks, author of the best-selling World War One novel Birdsong (1994), reflected that the war has become an important setting for serious contemporary fiction. The "hideous collisions of metal and flesh" give rise to repercussions and "social eddies" of special interest to modern writers intent on exploring human nature and its strengths and limitations (The Vintage Book of War Stories, pp. ix-x).

Source: Originally presented in the Winter 2010 issue of Relevance: Quarterly Journal of the Great War Society