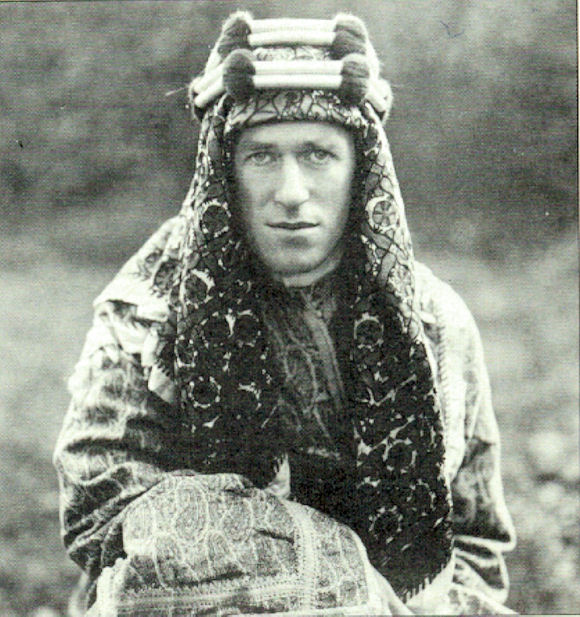 So many books and articles exist on Lawrence of Arabia—plus a 1962 award-winning movie—that we might be forgiven for thinking the subject has been exhausted. But as author, researcher, and former army officer Dr Rob Johnson reveals in this book, there is still more to be gleaned and appreciated. Lawrence of Arabia on War describes not only the war Lawrence fought but also the many lessons still to be learned from his thinking and actions while fighting a guerrilla war in the desert.

Leading a local irregular army of tribesmen against the Ottoman Army in the brutal environment of the Hejaz required not only tactical skill but also uncommon fortitude, understanding, and philosophical acceptance. Lawrence's "army" consisted of varied Arab groups that were not exactly pals' battalions. Suspicious of each other, often hostile and jealous, they largely focused on what loot might be gained from attacks on Ottoman railways and installations. They marched to their own tune, resting when it suited them, and returning home if they felt like it. Once Lawrence had to wait while a group suddenly decided to kill a camel and eat it. As Johnson points out, "This was the context for Lawrence's observations that the Arab irregulars could neither hold defended positions nor conduct sustained assaults. It was a critical moment in his appreciation of how to orchestrate guerrilla warfare in order to overcome the obvious shortcomings of untrained, badly disciplined fighters who were unused to fighting in large formations" (p. 48).

This is a fast-moving narrative, meticulous in describing operations, topography from Aqaba to Aleppo (almost down to the last wadi), and in providing the names and titles of important Arab fighters and tribal leaders. The geography involved is not well-known to most of us, but the author's careful account, with the help of three maps at the start of the book, keep us grounded in Lawrence's campaign.


Some aspects of this campaign became clearer to me while I read. One was the extent to which Lawrence was not always a free agent but was closely tied to the operations of British and French forces and often dependent on them and their supplies. Another was the sheer bloodiness of the campaign at times. Wholesale slaughter of prisoners and wounded was often practiced due to the need for an extremely high degree of mobility—or for revenge. But my most significant insight was (and this relates to Johnson's central thesis) the importance of Lawrence's upbringing, education, interests, psychological makeup, and literary skills, all of which informed his valuable written records.

Lawrence took extensive notes during his desert campaign despite operational demands and his own emotional and physical illnesses. His literary studies and campaign experiences came to fruition in February 1922, when he completed the autobiographical account of his fighting in the desert, Seven Pillars of Wisdom. The book was published in December 1926 and has both its admirers and detractors but is still the one indispensable insight into the nature of Lawrence's campaign. It is one of the primary sources from which we can examine Lawrence's theories of guerrilla warfare, theories that are still relevant today and which to some extent evolved from On War (1832) by Carl von Clausewitz and the 1896 manual of Charles Edward Callwell, Small Wars: Their Principles and Practice.


The author explains these theories, showing how Lawrence arrived at them and put them into practice. In fact Lawrence "summarized the essence of war into the three fundamental elements of algebra, bionomics and diathetics" (p. 294). Daunting as these terms may sound, they are made clear throughout Lawrence of Arabia on War where they are seen, broadly, as the mathematical, psychological, and doctrinal aspects of nontraditional combat. It's not surprising that Lawrence and certain aspects of his doctrines were in following years to become important sources for those planning guerrilla actions, insurgencies, and other forms of covert or maverick military action.

It's difficult to describe such a detailed and engaging work as this in one short review. Sixteen chapters, some 40 black-and-white photos, a comprehensive bibliography, and a solid index all come nicely together to provide a solid and refreshing addition to the corpus of scholarly writing on the man the world still knows as Lawrence of Arabia. I heartily recommend this book.