How the United States Paid for Its War Effort 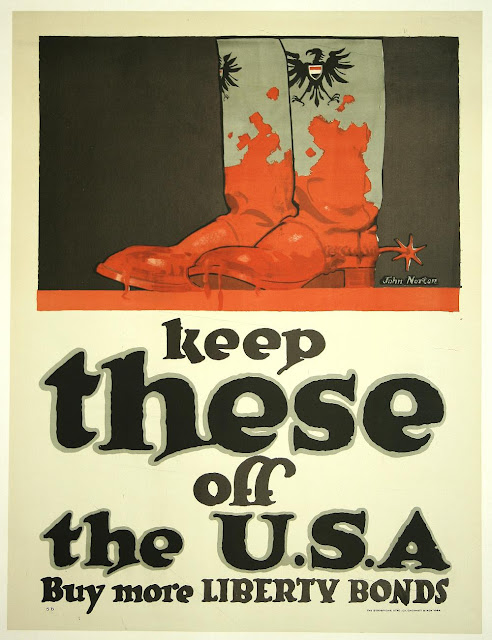 When the First World War began in 1914, the U.S. economy was in recession. But a 44-month economic boom ensued from 1914 to 1918, first as Europeans began purchasing U.S. goods for the war and later as the United States itself joined the battle. "The long period of U.S. neutrality made the ultimate conversion of the economy to a wartime basis easier than it otherwise would have been," writes economic researcher Hugh Rockoff. "Real plant and equipment were added, and because they were added in response to demands from other countries already at war, they were added precisely in those sectors where they would be needed once the U.S. entered the war."

Entry into the war in 1917 unleashed massive U.S. federal spending which shifted national production from civilian to war goods. Between 1914 and 1918, [over] three million people were added to the military and half a million to the government. Overall, unemployment declined from 7.9 percent to 1.4 percent in this period, in part because workers were drawn into new manufacturing jobs and because the military draft removed many young men from the civilian labor force.

Rockoff estimates the total cost of World War I to the United States at approximately $32 billion, or 52 percent of gross national product at the time. He breaks down the financing of the U.S. war effort as follows: 22 percent in taxes, 58 percent through borrowings from the public, and 20 percent in money creation. The War Revenue Act of 1917 taxed "excess profits"—profits exceeding an amount determined by the rate of return on capital in a base period—by some 20 to 60 percent, and the tax rate on income starting at $50,000 rose from 1.5 percent in 1913–15 to more than 18 percent in 1918. The prevalence of patriotic themes created social pressure to purchase the "Liberty Bonds" (and, after the Armistice, the "Victory Bonds"), but in practice the new bondholders did not make a tangible personal sacrifice in buying war bonds, since the yields on the debt instruments were comparable to those on standard municipal bonds at the time.