At the Ypres Salient:
What Happened at Mousetrap Farm? 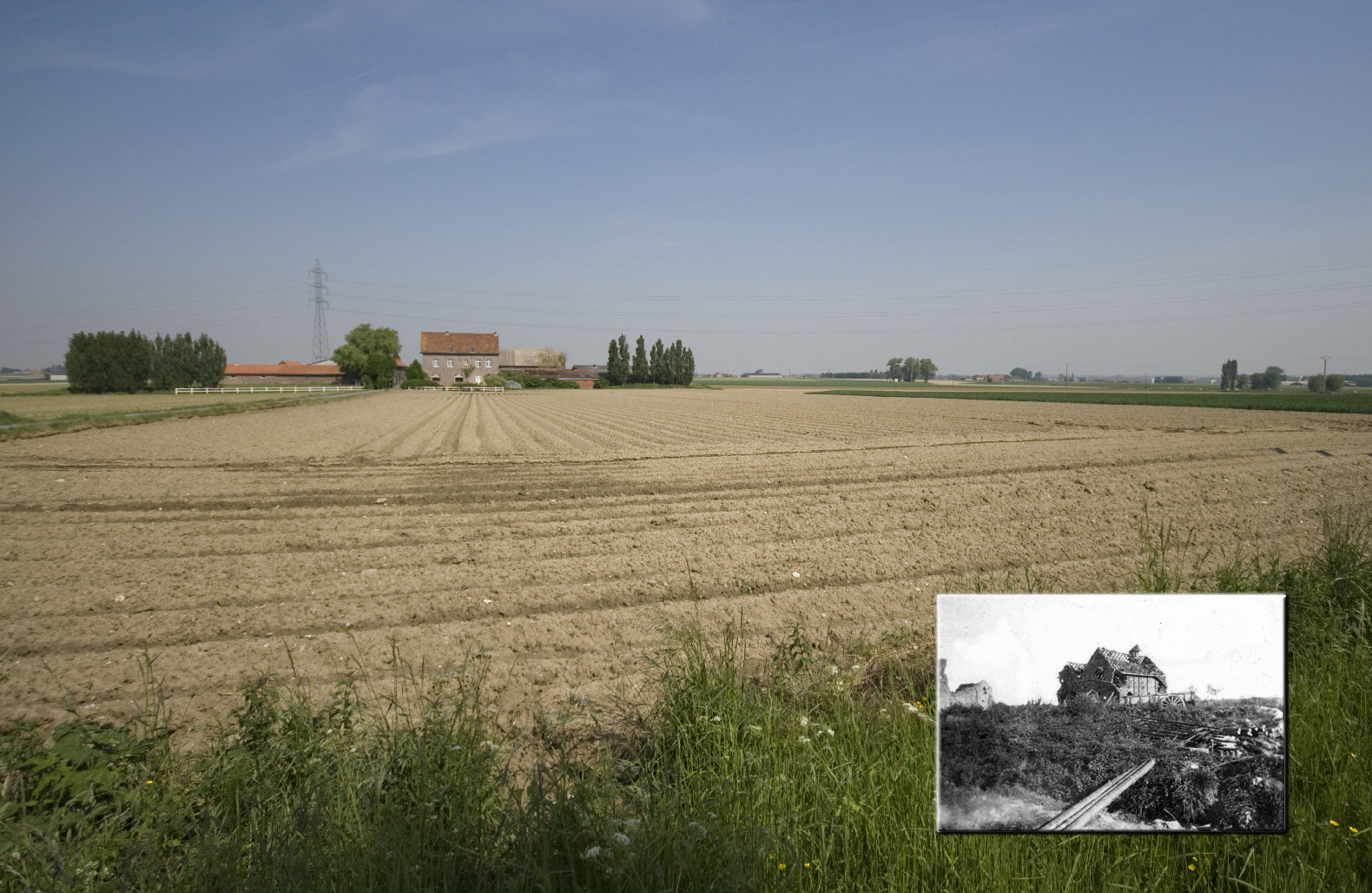 All the major battlefields of the Western Front were the sites of multiple actions during the war, and of battles-within-battles. Nowhere is this more true than in the Ypres Salient.

About 2.5 miles northeast of the Menin Gate lies what in 1915 was a moated farm with some outbuildings. Its ruins at the time can be seen in the insert on the photo above. It was first given the name "Shell Trap Farm" by the British. The unhappy associations of this designation were held to be detrimental to the garrison's morale, and the position was subsequently renamed by the staff as "Mouse Trap Farm." On the morning of 24 May 1915 what was left of the farm after earlier bombardments ("a mere heap of mud and rubbish") was defended by the 2nd Battalion of the Royal Dublin Fusiliers. (In the previous month's fighting Mouse Trap Farm had provided a location for the 3rd Canadian Brigade's headquarters, which was shelled and burned down on the afternoon of 25 April 1915.)

At 2:45 a.m. on 24 May, the Germans launched an attack on the Allied lines that involved the greatest use of chlorine gas to date, this time delivered with shells. The German gas came "drifting down wind in a solid bank some three miles in length and forty feet in depth, bleaching the grass, blighting the trees and leaving a broad scar of destruction behind it." Being a mere 30 yards from the enemy trenches the rapid occupation of the farm by the quick-moving German infantry was little short of inevitable. By 9:30 p.m., out of a battalion strength of 666 men, all that remained when the battalion "retired" was one officer and twenty other ranks.

In just eighteen and three quarter hours, the Dublin Fusiliers had suffered a loss of 645 men who were blown to bits, gassed, or driven insane by the effects of poisonous gas. The 2nd Dublin's commanding officer, Lieutenant-Colonel Loveband, died the following day. The battalion did not take part in any more major battles for the rest of the year. Engraved on the Menin Gate Memorial are the names of 461 Royal Dublin Fusiliers killed during the Battles of Ypres. Of those names 143 belong to Dublin Fusiliers belonging to the 2nd Battalion who died on the 24th of May 1915.