Memory of Verdun
From the Collection of Tony Langley 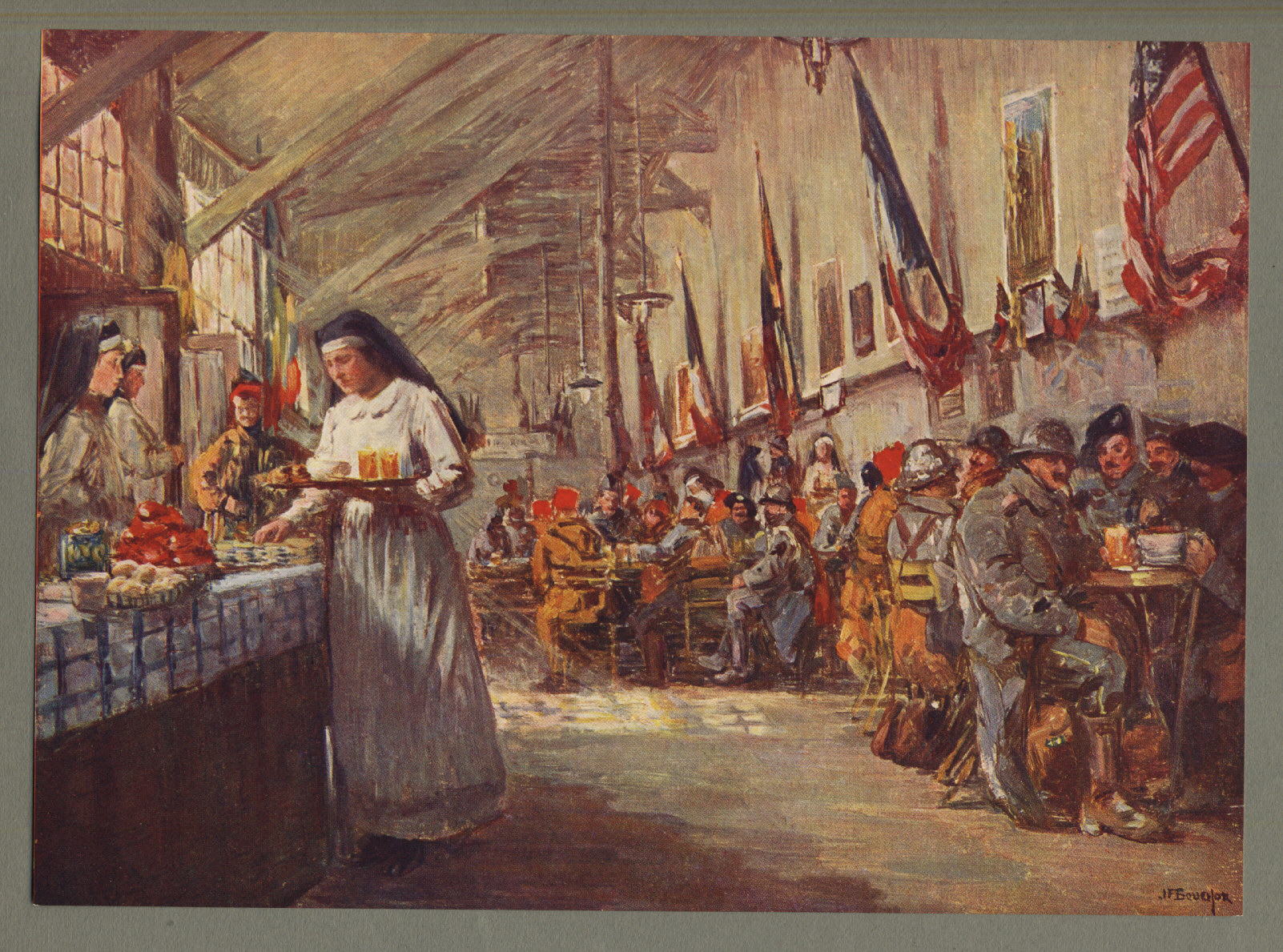 A very colorful and touching painting by Josephe-Félix Bouchor (1853-1937) showing a French canteen in the Verdun region. In a somewhat symbolic display of national unity, soldiers from most arms of the French fighting forces are portrayed in the painting: infantry, Chasseurs Alpin, and colonial tirailleurs in khaki and red fez. With the American flag hung on the wall, this probably denotes that the painting was made in 1917 or afterwards. By that time, all vestiges of colorful and easily discernible uniforms were gone from the French Army except for parade purposes. Still, the whole presents a colorful and touching scene behind the front. TL