Alan Seeger Makes His Rendezvous at the Somme: 4 July 1916
By David Beer 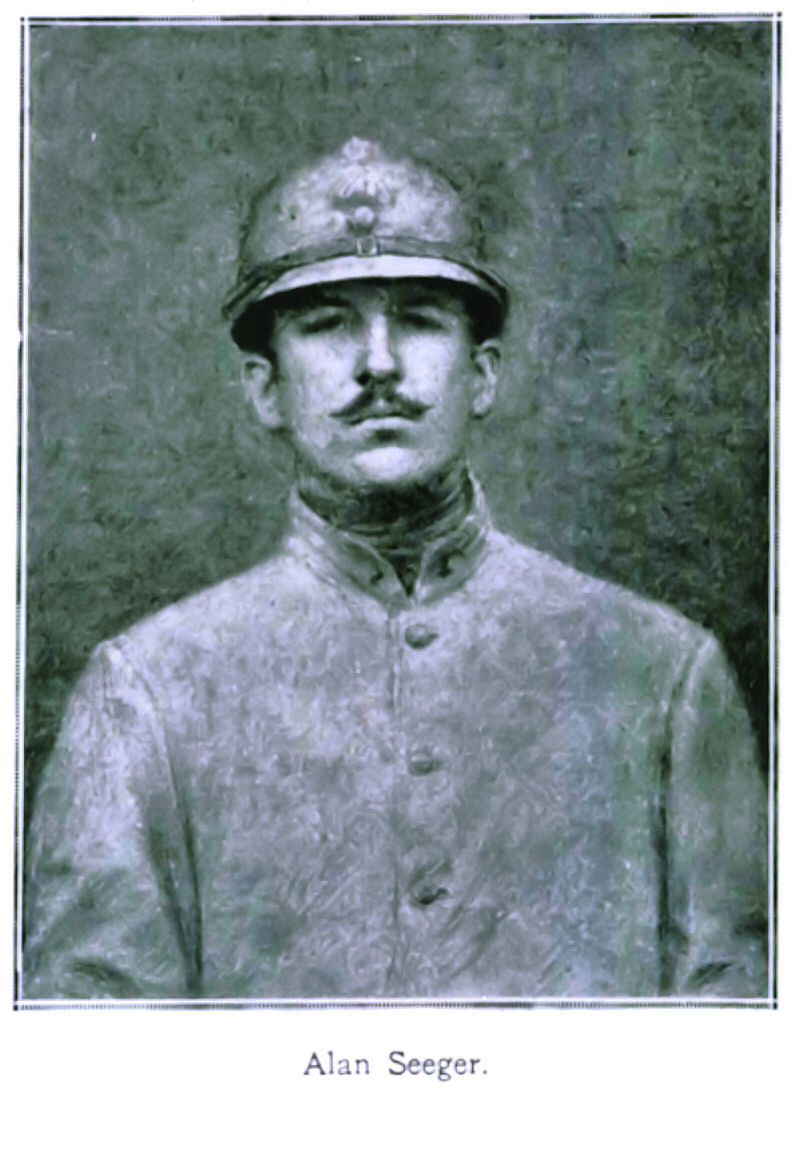 Alan Seeger was born in New York in 1888. Encouraged by his family, he was attracted to literature at an early age, especially poetry, and was an enthusiastic contributor to the in-house magazine his family enjoyed producing. His wealthy family sent him to private school and then to Harvard College, where he was particularly interested in Celtic literature and edited and wrote poetry for the Harvard Monthly.

His parents were dismayed when, after graduating from Harvard, he moved to Greenwich Village, where he lived a bohemian life. They sent him to Paris in 1912 to study at the Sorbonne, but this further encouraged his eccentric lifestyle and intensified his love of poetry. He also became interested in politics and wrote several sonnets and other poems on the events of the day that were leading up to the World War. Although he was visiting London when war was declared, he at once rushed back to Paris and enlisted with some 40 other Americans in the French Foreign Legion. The training was demanding, but he appears to have been happy and proud to be fighting for a country he had come to love. His poems and letters home were now taking on a more fatalistic theme and also expressed the classical sentiment that death for a good soldier could be a beautiful and noble thing.

Seeger was soon to see action with the 2nd Foreign Regiment, action which gave him experience and also material for his poetry. "The Aisne (1914-1915)" describes his first experience of battle along the Chemin des Dames. By September 1915 he was in the thick of the Battle of Champagne, which he vividly described in his letters home. There, after seeing grape pickers busy not far from the fighting, he wrote a long poem in which he appealed to wine drinkers to "Drink sometimes…to those whose blood, in pious duty shed/Hallows the soil where that same wine had birth" (Champagne 1914-1915).


After a spell of sick leave and recuperation for bronchitis he returned to the front. He was scarcely inactive: according to one biographer, "He delighted in sneaking off on solitary scouting excursions, bringing back scraps of German newspapers and leaving his visiting card on the German wire…he longed for the Croix de Guerre."

When the blood baths of Verdun and then the Somme developed, Seeger longed to be in the thick of things, and at this time he wrote what is considered by many to be the best American poem of WWI - "I Have a Rendezvous with Death."

Few poems have been so fatalistic and at the same time cruelly prophetic. On 4 July 1916, Seeger's section was ordered to take the village of Belloy-en-Santerre. As he charged forward, German machine guns opened up from a nearby hollow, and Legionnaire Seeger made his rendezvous. 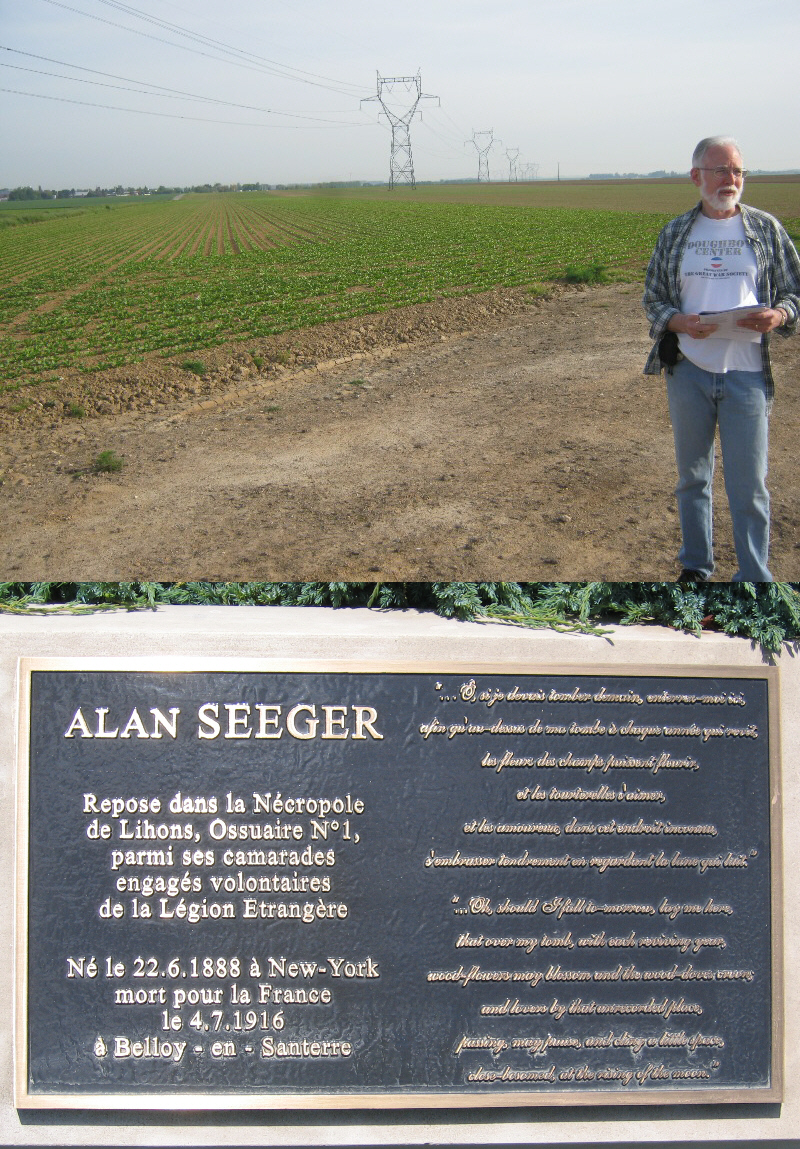 Above (top), friend and traveling-mate Mark Fowler of Dallas, Texas, reads "Rendezvous" at the field where Seeger fell during the Battle of the Somme. Below is the marker in the village of Belloy-en-Santerre honoring Seeger and identifying his burial site.