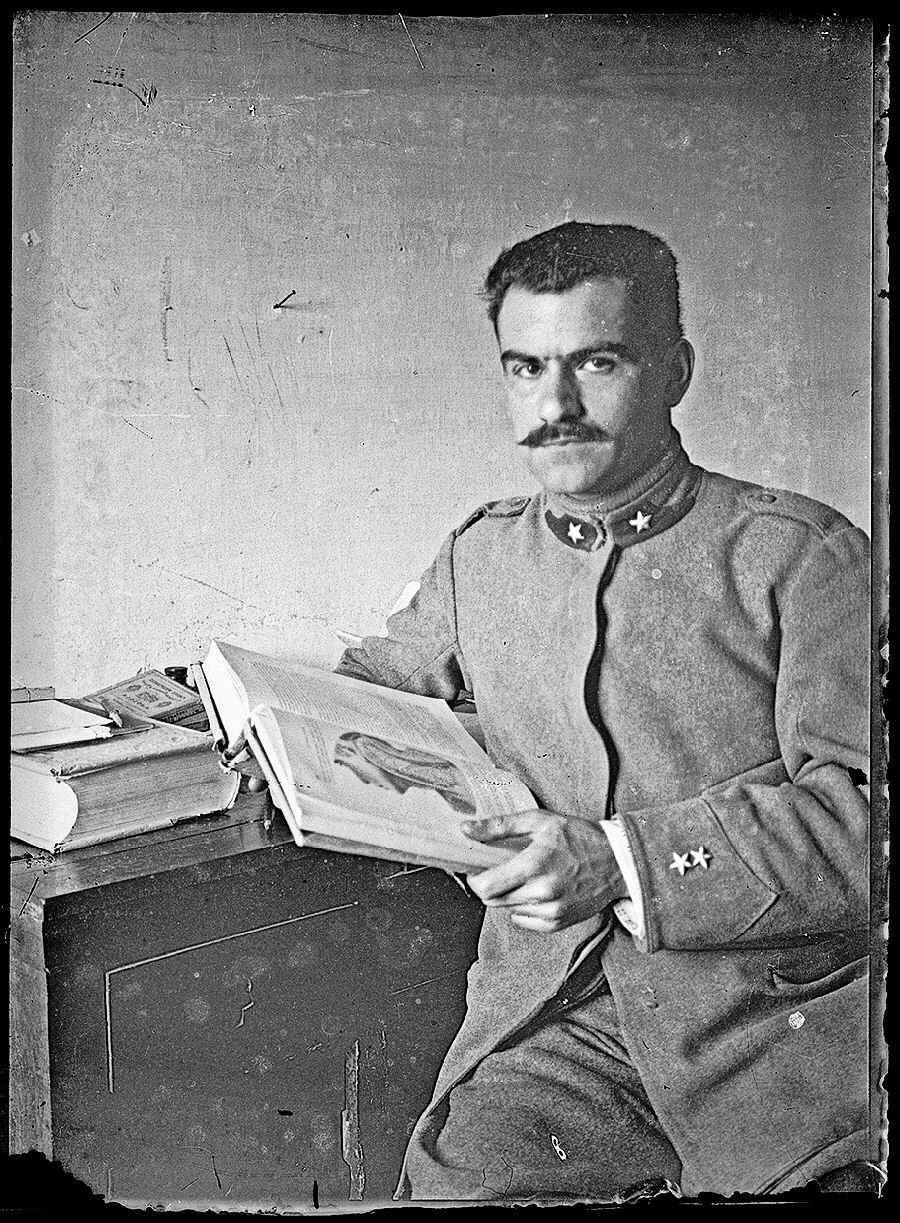 Dr. Andreini with a Medical Book

Giulio Andreini, son of Angelo Andreini and Jole Bellotti, was born in 1888 in Viareggio (Lucca) where he attended elementary school and junior high. When his father Angelo, mathematician and geographer, was offered a job at the Military Geographic Institute in Florence, the whole family moved to Florence, and Giulio furthered his education by attending high school and college, where he obtained a medical degree. He attended the Surgical School in Florence that was run by Professor Enrico Burci. He obtained his degree in 1912 and signed up as a volunteer for the medical campaign against malaria in Sardegna (Italy, in the Tyrrhenian Sea), where he eventually contracted the disease.

Returning to Florence, he served as an assistant doctor in the Surgical Clinic of Florence. His primary interest was in new surgical techniques, especially in the field of osteoarthritis pathologies. He subsequently published many interesting works. He also had a love of photography, which is evident in the large amount of recently discovered materials from World War I, some scenes of the military and medical life of the time, and some pictures of his personal life that show traditions and mores of life at the beginning of the last century. 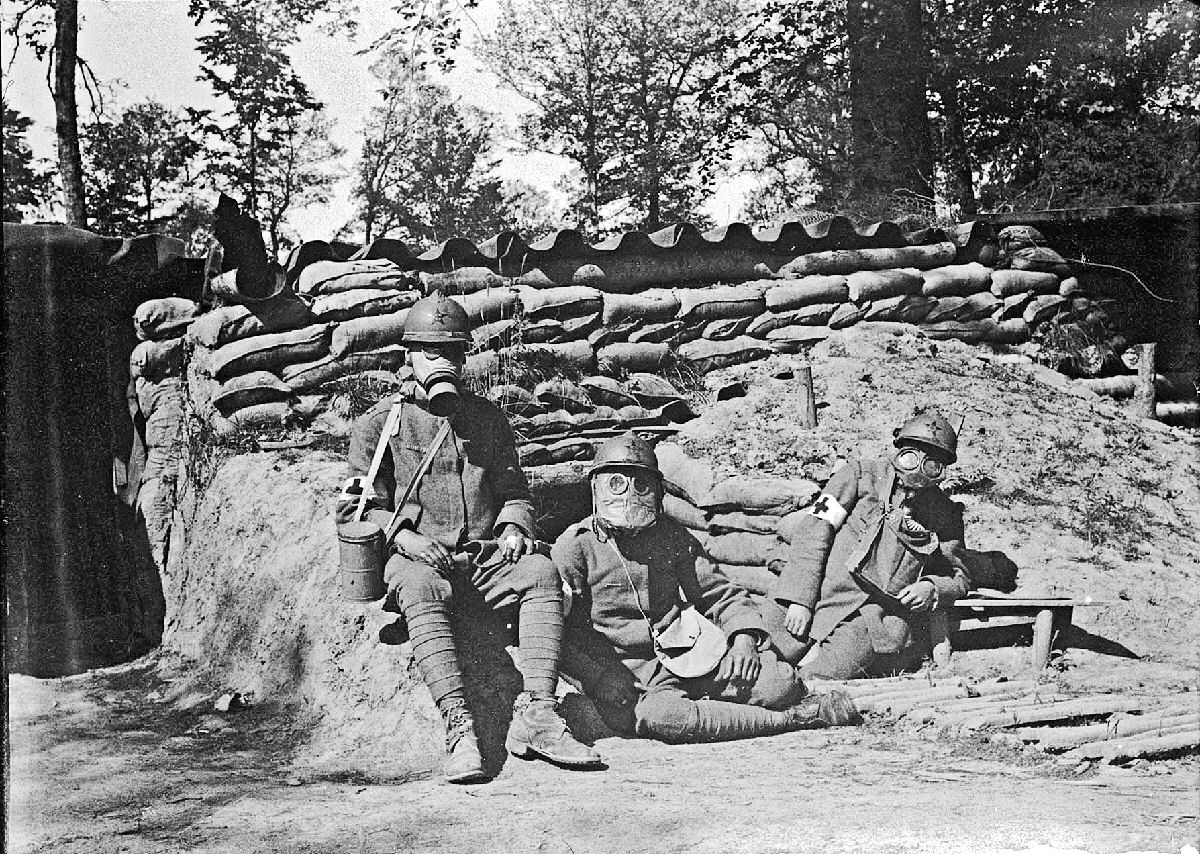 During the same period, his younger brother Michele, born in 1890, obtained a degree in engineering and became part of the emerging aviation industry with a pilot license. He was considered a pioneer of the Italian Air Force.

When Italy entered WWI, on 24 May 1915, Giulio was drafted as a medical lieutenant. After a period of time on the Italian Front, he was transferred to the Western Front where he remained until the end of the war. During his long stay in the war zone, he collected important documentation which had medical and surgical and historical value. Unfortunately, the vast majority of this documentation disappeared during one of the reassignments of the military field hospital. This episode was referred by him as "the theft of Lampegne," Lampegne being a place in France.

[The photos here were part of a set acquired by Mr. Doug Frank of Portland, Oregon. In future postings on Roads he is going to share with us where the photographs were lost and how he came into Dr. Andreini's collection. We will also be displaying more images from the doctor's remarkable collection.]

After the end of the war, he resumed his activity at the Surgical Clinic in Florence with his "maestro," Professor Enrico Burci. In 1921, he was nominated Head of the Surgical Ward (Surgeon-in-Chief) and Head Doctor of the Medical Staff for San Pietro Igneo Hospital in Fucecchio, Florence. 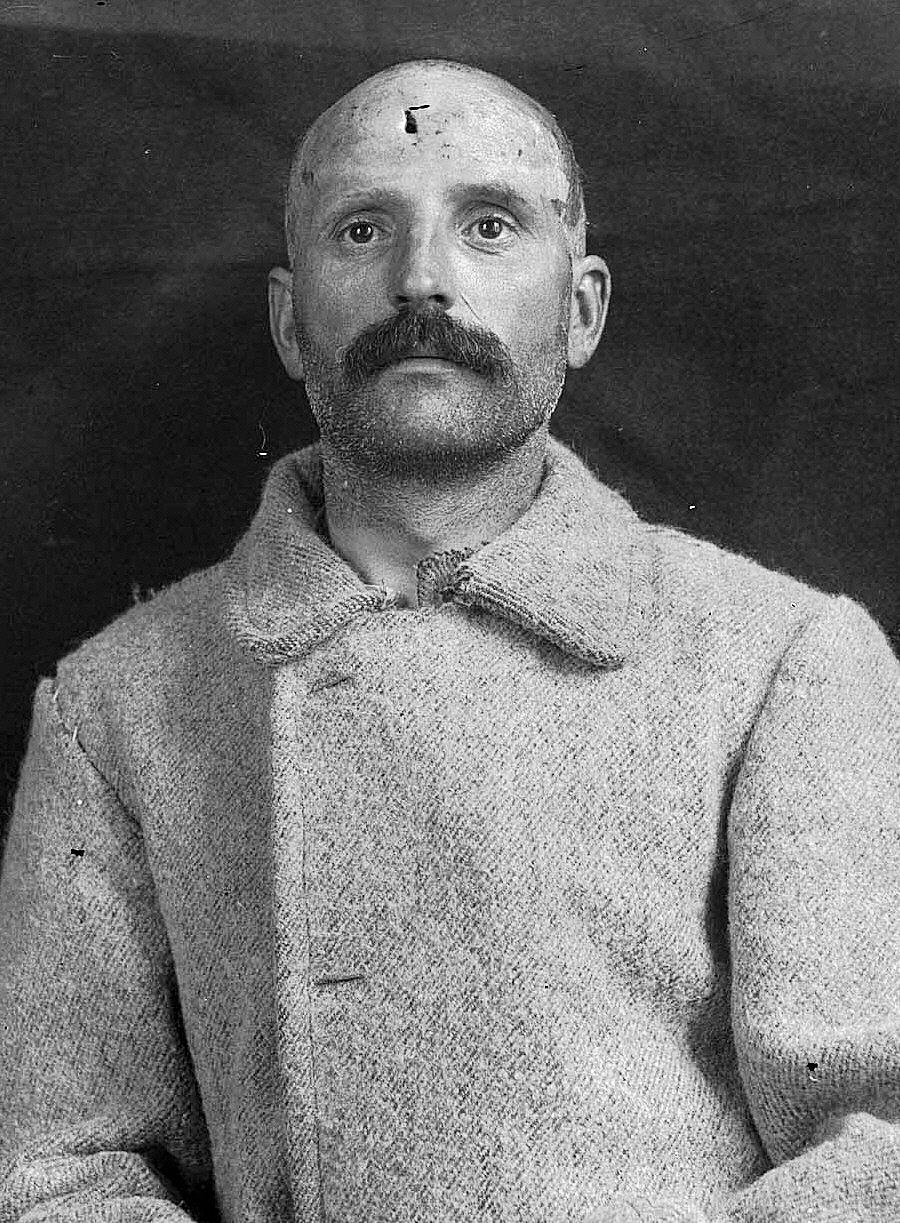 Not a Photographic Flaw; This Is an Actual Head Wound

In 1922 he married Georgette Gamard, teacher and refugee from Dizy-le-Gros, a small town in the region of Aisne, France. He had met her in France behind the lines during the war.

Dr. Giulio Andreini boosted the hospital in Fucecchio by enriching it with many services. The hospital later became a famous and esteemed center, well known from as far as the Inferior Valdarno to the city of Pontedera near Pisa. At the hospital he had his studio and his private room where he kept all of his documents, writings, and photographs, both medical and personal. He was interested not only in photography but also in satiric and humorous poems.

Dr. Giulio Andreini, after a long and fruitful medical career in the hospital and in the country, contracted acute leukemia in the first months of 1937 and passed away 16 April of the same year. The whole population of Fucecchio was present at his funeral service. His photograph has been hung on the walls of many houses in town and in the countryside. About ten years ago, when his memory had almost faded away, the Fuccechio town council dedicated a street in his name.

Immediately after Dr. Giulio Andreini's death, his family repeatedly asked the nuns of the Beato Cottolengo, who were in charge of the hospital, for all the photographs and documents that had been left in Giulio's private room, but they were not successful. Georgette Gamard, his wife, was told that all the material in the room had been destroyed because, in the nuns' opinion, "that was the best for the family." 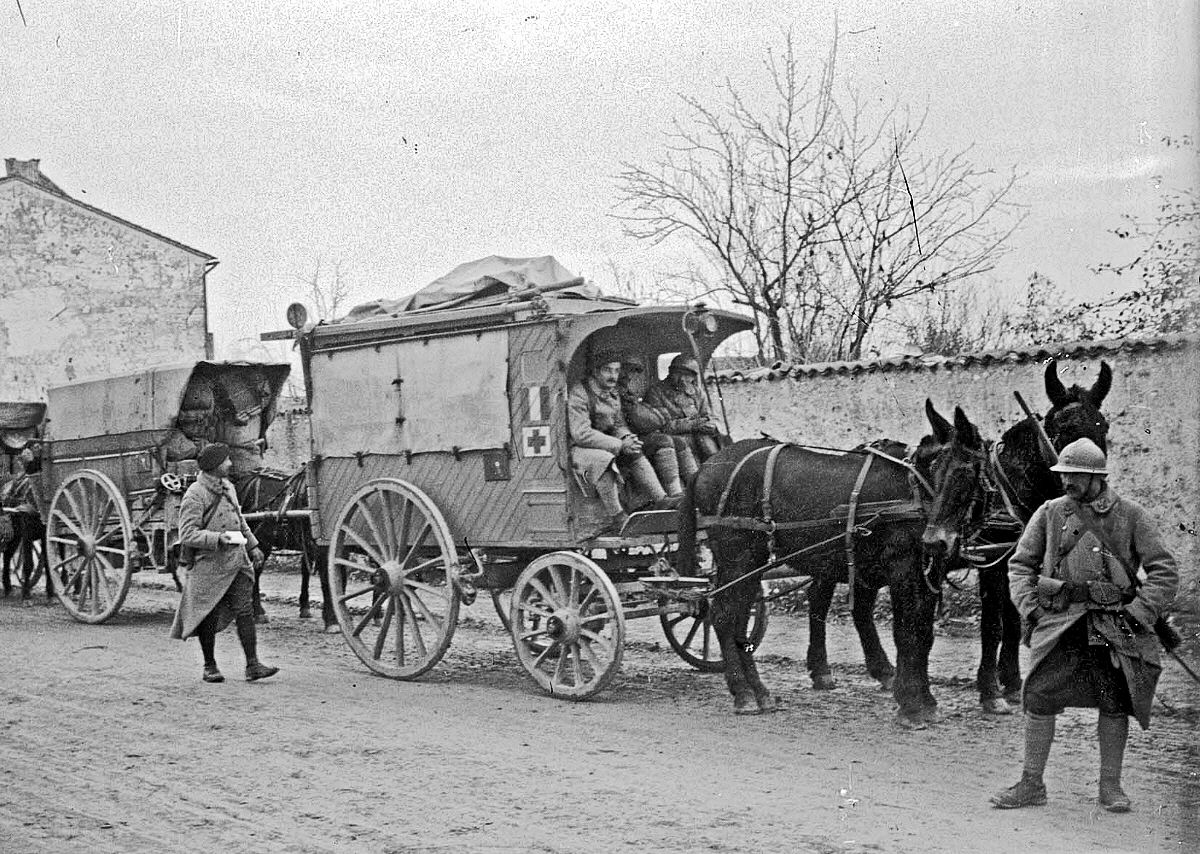 Ambulance Train, Possibly in France Given the French Soldiers, But France Also Deployed Troops to the Italian Front