Satirical Maps from the Early War 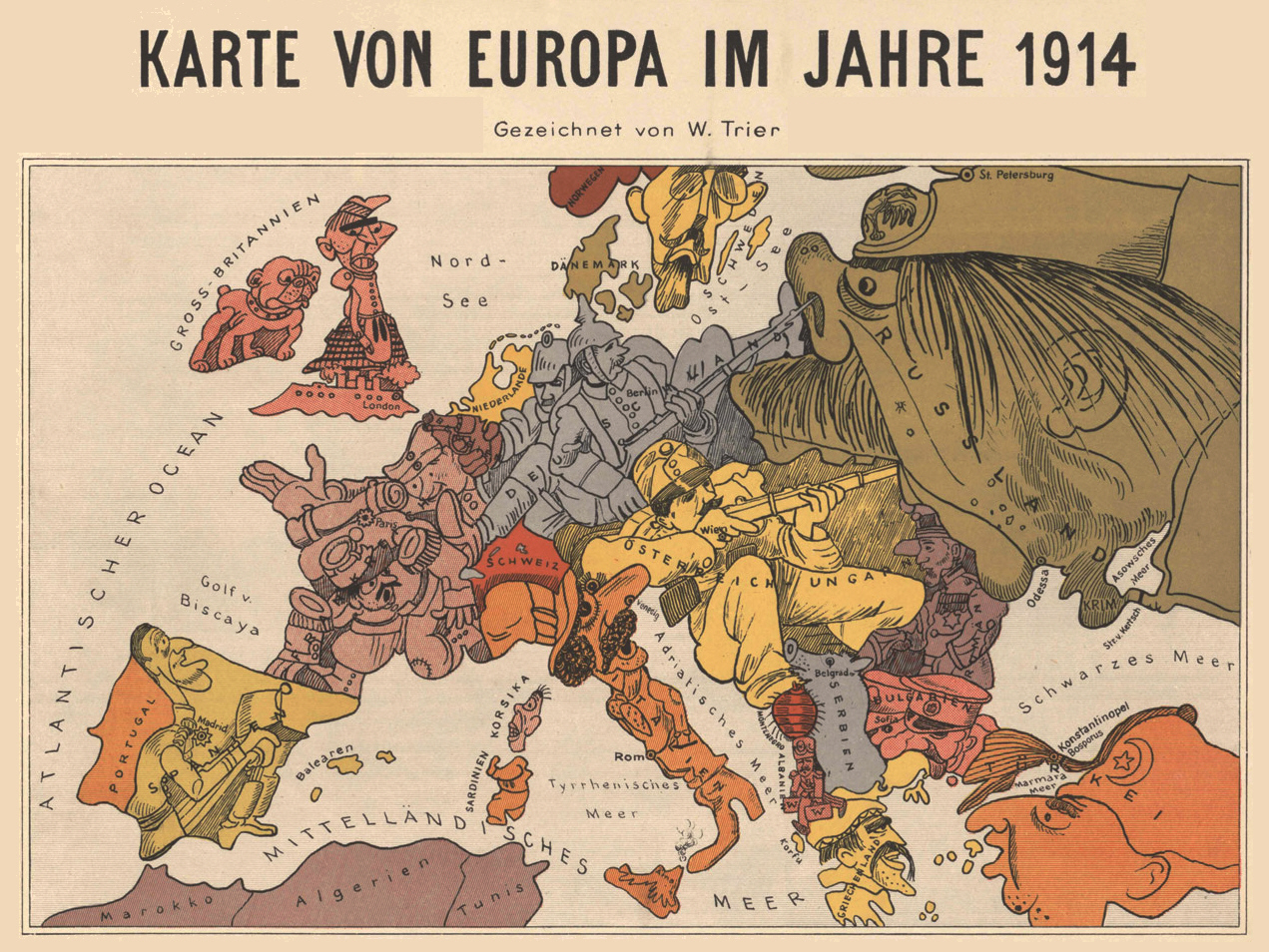 One form of relatively lighthearted propaganda early in the war involved satirical maps used to mock and stereotype the opposing nations. They were produced by both sides and neutrals. This example was drawn by a Czech artist living in Berlin in 1914 named Walter Trier. Germany and Austria-Hungary are shown stoutly defending their homelands. Russia, on the other hand, is a nasty voracious giant, while France is confused and an angry Great Britain (with all the Irishmen in Ireland apparently having emigrated) is ready to unleash its fleet. The artist seems to have a particular grievance against the Slavs in the Baltic. Bulgaria is depicted as a mini-Russia, Serbia as a swine, and Montenegro as a louse. Interestingly, Trier was Jewish and ended up in London in 1940 drawing cartoons for the Allies. One last point—this sort of humorous propaganda piece disappeared after 1915. Too many graves had been dug to be funny about the war any more.

To see more examples and learn more about these delicious satirical maps, visit the excellent blog Unto the Ends of the Earth.