First VCs of the Great War

Although the first five Victoria Crosses were awarded for actions on 23 August 1914, it is generally agreed that the first two were those earned by Lt. Maurice Dease (posthumous) and Pvt. Sydney Godley, 4th Battalion, Royal Fusiliers, at the Nimy Bridge in Mons. Their machine gun section had volunteered to stay behind and cover the retreat, and they held the Germans back for several hours, during which Lt. Dease and six others were killed and Godley was wounded; Godly kept firing until he ran out of ammunition and was captured. He was notified of the award of his VC while a prisoner of war. After the war he returned home and became a plumber. An almost perfect look-alike to Bruce Bairnsfather's "Ole Bill," Godley later portrayed the prototypical British Tommy at commemorative events. 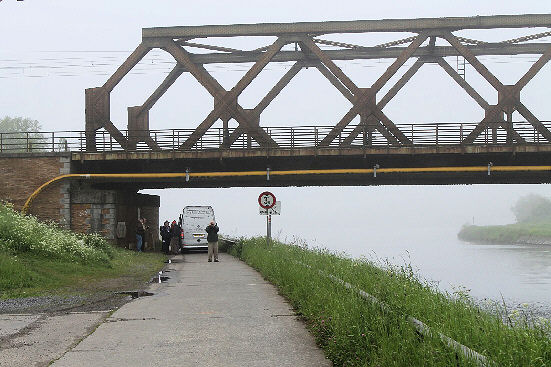 The citations for the twin award read quite similarly:"On 23rd August 1914 at Mons, Belgium in the defence of the Nimy Bridge, for coolness and gallantry in fighting with a machine gun, under a very heavy fire for two hours after being severely wounded." [Godley] "Though two or three times wounded, he continued to control the fire of his machine guns at Mons on the 23rd August until all his men were shot. He died of his wounds." [Dease]

An interesting postscript to this story regards the fate of the medals Godley and Dease received. Pvt. Godley's VC, with his medal set, was sold by a descendant at auction in July 2012 for £276,000. The buyer was not disclosed, but was apparently not Lord Ashcroft, the billionaire who has reportedly bought at least 177 VCs in the past 26 years — he's cagey about how many he has. This price was nowhere near the highest reportedly paid for a VC (by Ashcroft in 2009). The Royal Fusiliers Museum in the Tower of London holds Lt. Dease's VC.