Five Misconceptions About the Battle of Passchendaele

Images from the Battle of Passchendaele 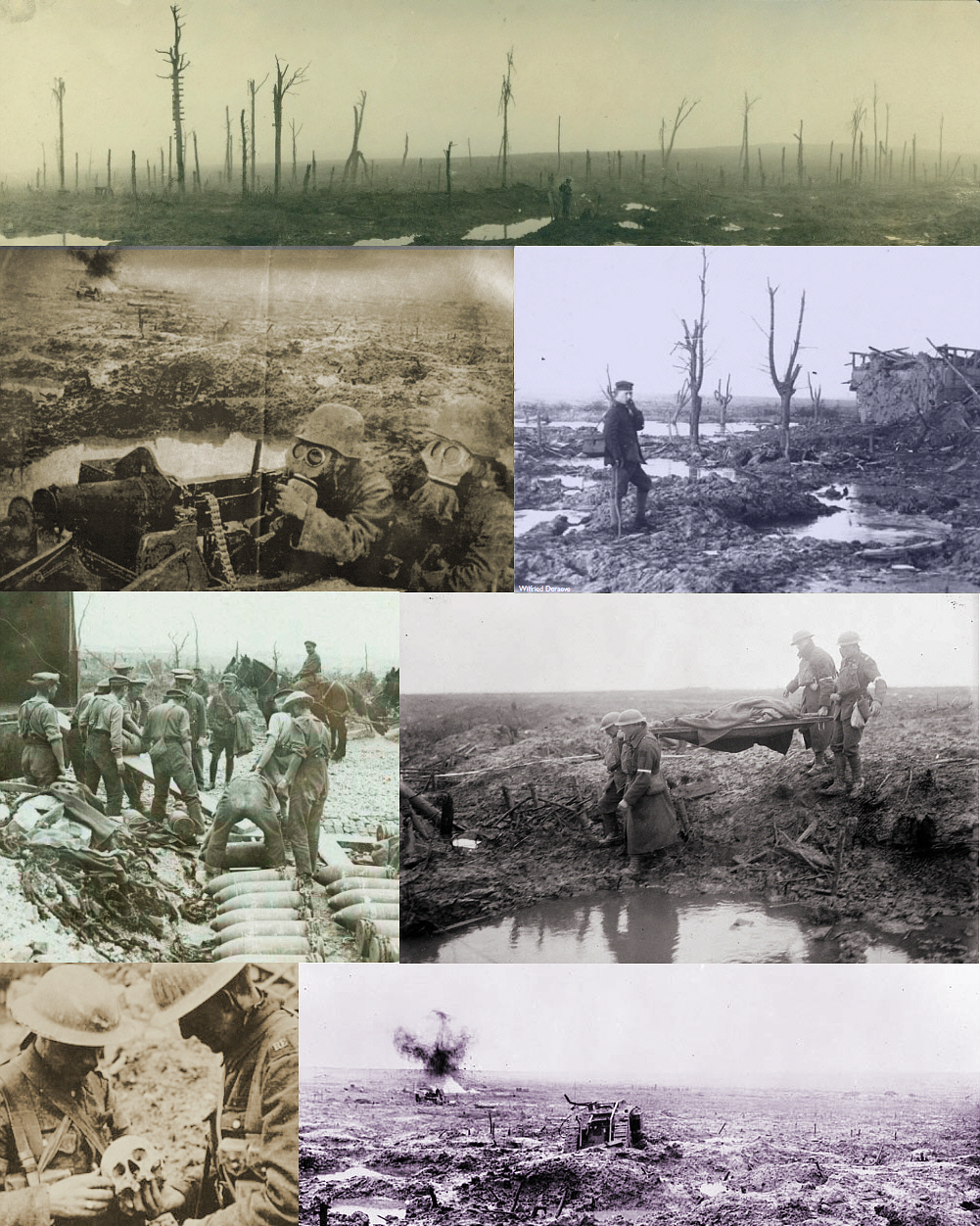 1. The battle was a disaster because British commanders and senior staff were ignorant of the potential for the battlefield to be inundated if the weather turned bad.

Mostly Wrong: They had detailed analyses of the climate and hydrologic conditions beforehand. A unique combination of effects did catch them flat-footed. The antiquated drainage system of the lowlands was  wrecked by the massive artillery fire. This combined with  worse than usual and earlier than normal seasonal rains to create the nearly impassable battlefield shown in the images above soon after the offensive was launched.

2. Passchendaele resulted in the the most grievous British casualties of the war.

3. All the tanks at Passchendaele  "drowned in the mud" (see photo above).

Partly Wrong: The classic images of tanks bogged down in mud are from (naturally) the very rainy periods of the battle. However, tanks were used effectively in the early battle for Pilckem Ridge and at St. Julien in August.

4. After it started raining, Haig should have halted the battle.

Debatable: (Of course, this is the biggest controversy regarding Passchendaele, a major sub-controversy in the never-ending debate over Douglas Haig's generalship.) The underlying intention of the plan for the Third Battle of Ypres was the occupation of the Belgian coast and the neutralization of the German submarine installations at Bruges, Ostend, and Zeebrugge. Also a broader strategic requirement was to engage the Germans heavily somewhere — anywhere — other than the French frontage, where the Poilus were resisting their commanders. The German resistance and bad conditions eventually made the coastal advance unfeasible. By that time, however, the British Army found itself stuck in the mud, with the German Army still holding much of the high ground around the Ypres salient. With his forces in what seemed to be an indefensible position, Haig chose to continue the attack on Passchendaele Ridge to secure his forces.

5. Passchendaele was, on balance, a German victory

Wrong:  It was a strategic setback for Germany. This is what the German Official History has to say about the battle —

Divisions disappeared by dozens into the turmoil of the [PASSCHENDAELE] battle, only to emerge from the witches' cauldron after a short period, thinned and exhausted, often reduced to a miserable remnant. . . .Above all, the battle had led to an excessive expenditure of German forces. The casualties were so great that they could no longer be covered, and the already reduced battle strength of battalions sank significantly lower.