Grigorii Rasputin and the Fall of the Romanovs

One of  history's most memorable debauchees played a role in the destruction of Russia's Romanov dynasty during the Great War.  Just after the turn of the century the wandering, unordained Siberian monk Grigorii Rasputin made his way to St. Petersburg and soon made a powerful impression on the Russian capital. His unique brand of mysticism, soothsaying, and faith-healing combined with epic bouts of drunkenness and seductions of legions of aristocratic females were the building blocks of legend.  One of his miracle cures — apparently legitimate — involved reviving Tsarista Alexandra's close friend Anya Vyrubova from a coma after her traumatic injury in a train derailment.   When Alexandra later confided to Anya that her son, Tsarevich and heir to the throne Alexis, was suffering a bout of bleeding—potentially fatal due to the inheritance of hemophilia from his grandmother Queen Victoria — Anya could not do less than recommend her healer to the service of the Romanovs. 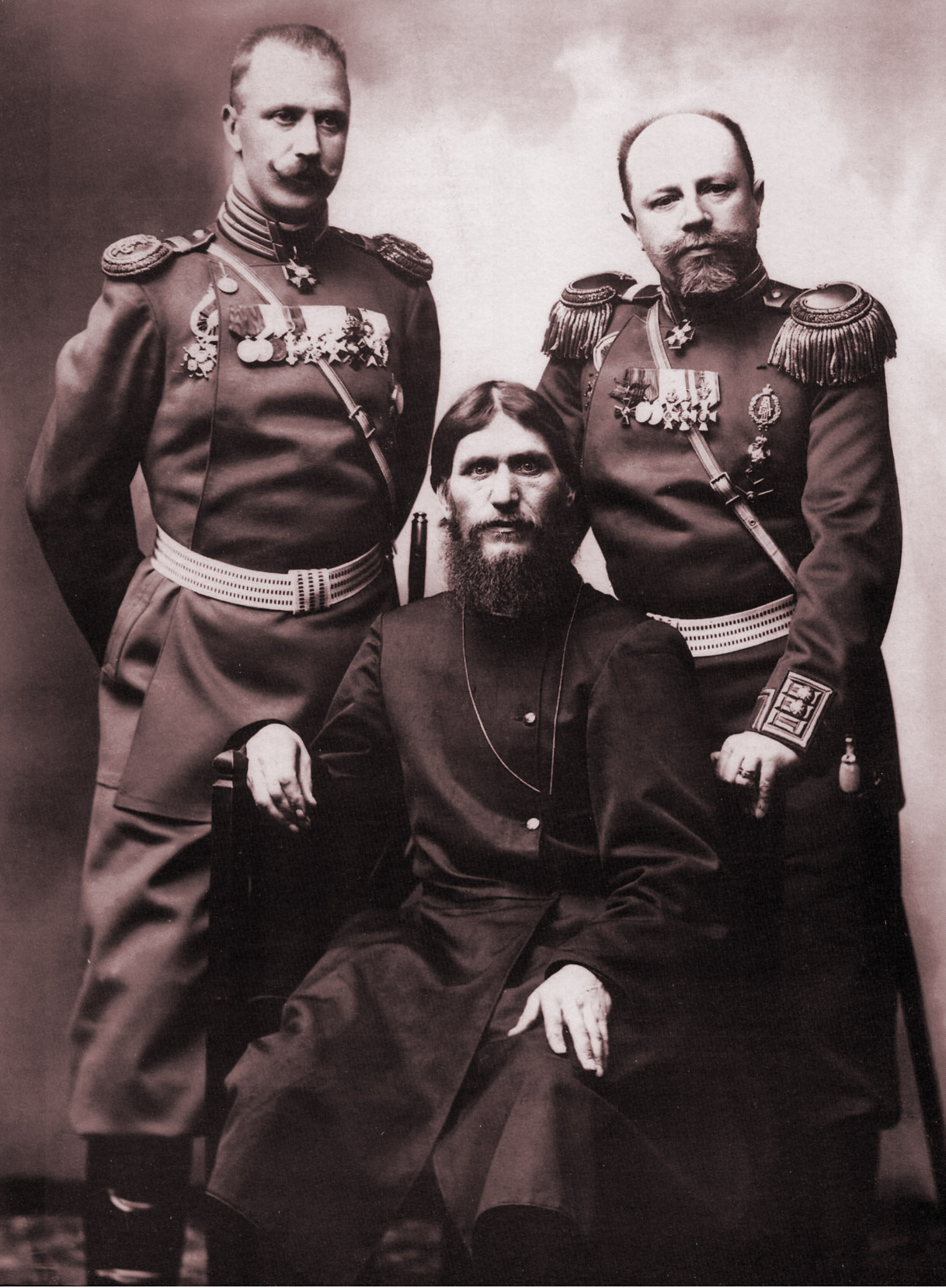 The Tsarevich responded immediately to the ministrations of the monk and similarly during later episodes.  It is unknown whether his technique for halting the bleeding involved hypnotism or simply calming the lad.  His success, however, won him the protection of the Tsarista,  unfailing until the day of his death.  News of these good deeds, however, was contained within the ultra-private world of the royal palaces.   Nicholas and Alexandra had no inclination to advertise the heir's medical condition or their indebtedness to Rasputin, so the proximity of a rake and charlatan to the nation's supreme rulers seemed utterly baffling to the rest of Russia.  The appreciation of Rasputin among the governing classes of the capital was implacably hostile and, when war came, grew unremitting.   Grigorii, a loud and obnoxious drunk, was his own greatest enemy. Gossips and enemies of the throne elaborated his loutish bragging about his sexual conquests of the upper crust to suggest he claimed the four grand duchesses and the Tsarista, herself, as conquests.  Tsar Nicholas became so enraged with Rasputin he banned him from the capital, but fatefully, his son soon had another bleeding episode, and Alexandra demanded his return from banishment. Interestingly, the extended Romanov family was very resistant to Rasputin's charms.  Grand Duke Nicholas, commander of the Russian Army, responded to an offer for a visit to his headquarters by the monk with a promise to hang Rasputin if he ever showed his face.

The war, of course, was a catastrophe for Russia.  Tsar Nicholas sealed his own and the Motherland's fate when he appointed himself commander-in-chief of the Army, replacing Grand Duke Nicholas.  Besides his own military incompetence, leaving Alexandra as his de facto regent in the capital magnified the disaster.  Historians have found Rasputin fingerprints on much of her ill-considered advice and appointments she proposed to her husband.  For instance, in September 1916 Alexandra wrote the Tsar: 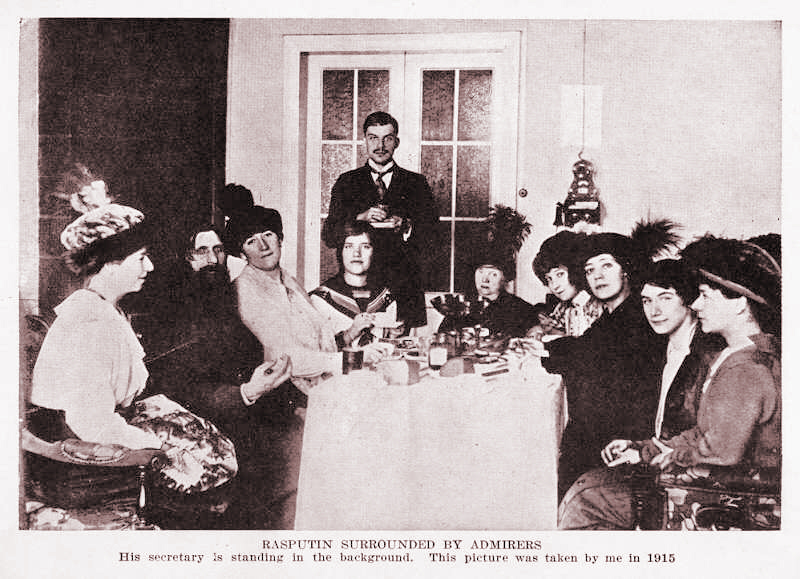 
Our friend [Rasputin] begs you not to worry too much over this question of food supply. . .[he] says things will arrange themselves. [1]

It would be food riots that would trigger the Russian Revolution in early 1917.

As revolution approached and Russia began destabilizing, Rasputin became a fixation in the deliberations and backroom discussions of the Russian Duma, where he was regularly attacked.  In December 1916 a plot was hatched to murder the "Mad Monk."   It took poison, bullets, beating, and finally drowning to dispose of Rasputin.  His most memorable prophecy survived his demise, though, and soon came to pass:

If I die or you desert me, you will lose your son and your crown within six months.