At the end of the Great War and into the 1920s, the reputation of Douglas Haig (1861–1928), commander-in-chief of the victorious British Army in Europe, was as high as Dwight Eisenhower's would be in 1945. No lesser figure than John J. Pershing called Haig the "man who won the war." Ardent pacifist and nurse Vera Brittain wrote of the inspiration Haig's Order of the Day gave her and everyone at  her hospital in the dark hours of April 1918. Two hundred thousand of his former troops passed by his coffin in tribute when he died in 1928. 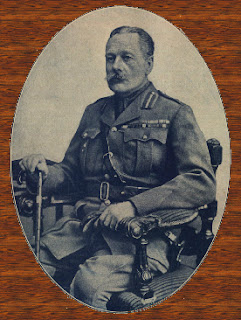 Then the legend was shattered. The memoirs and poems of the veterans started appearing, telling a different story from the official sources that had been used to shape public opinion about the war effort. The survivors of the trenches told of ill-considered strategy and mindless attritional war. David Lloyd George then skillfully applied what seemed to be the coup de grâce in his War Memoirs, when the former war leader accused Haig of being "a second-rate commander" lacking "imagination and vision."  Since then there has been no end to the critics of Douglas Haig. They focus especially on his conduct of the Battles of the Somme and Passchendaele.


There have been others, however, including some highly respected historians — who take exception to much of the negative commentary about Haig's leadership. They point out that the Somme and Passchendaele are not the whole story, that the eventually victorious 1918 campaign must also be considered. Historians will probably re-fight this great "Haig Debate" as long as the war is remembered. However, at the time of his appointment to supreme command he was, undoubtedly, the best qualified man to replace Sir John French, who had been found wanting as commander of the BEF during the first year and a half of the Great War.

Some key points in Haig's career:


• As a cavalry and staff officer he had distinguished himself in India, the Sudan Campaign, and the Boer War.

• He was the key military adviser to War Minister Sir Richard Haldane, during the post-Boer War modernization of the British Army, which included the planning for the deployment of an expeditionary force to Europe.

• He was given the plum assignment of the Aldershot army base, which included command of the 1st and 2nd divisions, the I Corps of the BEF, should it be deployed.

• In the early actions his units successfully, if luckily, closed the gap and held the line at the First Battle of Ypres and had a minor success at Neuve Chapelle. The failure his First Army at the Battle of Loos was eventually (with Haig's help) laid on French's doorstep.


Other (not necessarily flattering) pertinent matters:


• Connections: He was highly esteemed by both the late King Edward VII and his son, reigning King George V.  His wife, Vivian, had also been a lady-in-waiting to the queen.

• Luck: Of his only two feasible rivals for succeeding Field Marshal French, James Grierson, had dropped dead in transit to France in 1914 and Horace Smith-Dorrien, something of hero in the 1914 campaign, had incurred the wrath of French in the spring of 1915 and was sent home.

• Infighting: Haig proved skillful in letting his disappointments in his superiors, French and War Minister Kitchener, be known at the highest levels, without suffering much blowback himself.