"A Private" by Edward Thomas 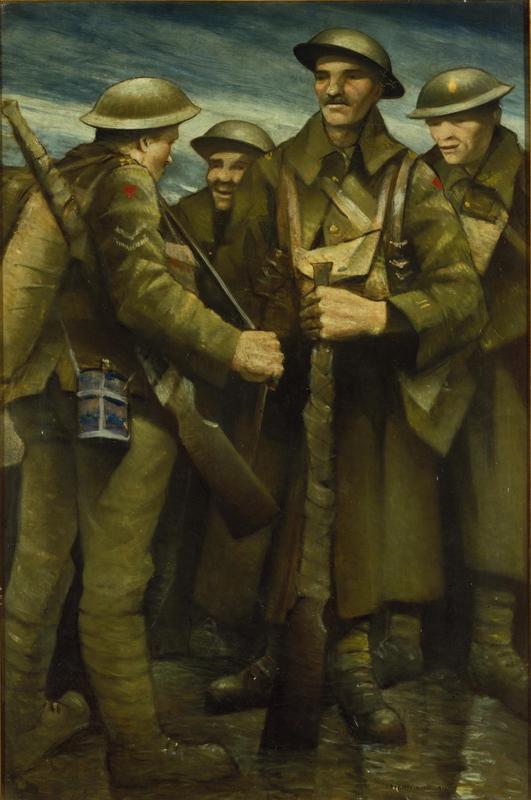 
Edward Thomas wrote essays and reviews before he turned to poetry under the influence of his American poet friend Robert Frost. In July 1915 he enlisted in the army as a private but was soon commissioned as a second lieutenant in the Royal Garrison Artillery. He was killed in action at Arras on 9 April 1917 after having been in France just three months. His poem “Roads” gives its name to our blog. Here is another of his poems, which I’ll discuss below.

This ploughman dead in battle slept out of doors

Many a frosty night, and merrily

'I slept.' None knew which bush. Above the town,

Beyond 'The Drover', a hundred spot the down

In Wiltshire. And where now at last he sleeps

More sound in France—that, too, he secret keeps.


A ploughman in civilian life, this soldier is now dead. Before the war he loved to go down to the pub, ‘The Drover’ and probably had more than enough to drink. Frequently he wouldn’t make it home, even on a frosty night. Instead, he’d "kip out" somewhere by the lane under some bushes. He called the spot “Mrs Greenland’s Hawthorne Bush,” probably a name he made up—since it was no one else’s business. Plenty of folks asked him where he slept, though, especially the more moderate pub goers who knew him, but who went home to bed on time—and who were not very interesting to him.

Many people gaze at the Wiltshire downs rising up behind the tavern, but they can never visually spot where the ploughman used to "crash." And now he’ll never tell—he always kept the place private just as he keeps the secret of death to himself. This secret, and his private bush where he slept, plus his rank when he dies, gives us the poem’s title.