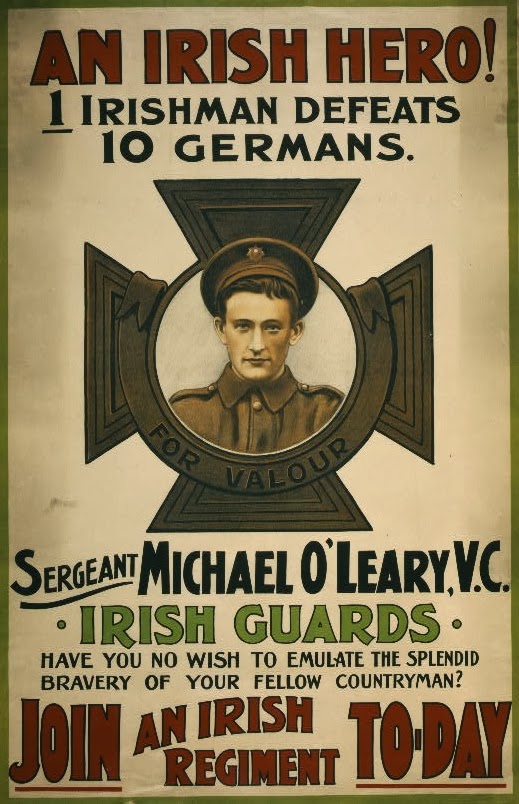 The majority who served — even taking into account the 36th "Ulster" Division, which was formed from the exclusively protestant Ulster Defence Force — were Catholics.

Recruitment was lower by percentage in Ireland than in England, Scotland, or Wales, but this was due primarily to Ireland's higher proportion of population committed to agriculture.

Irish immigration to America was halted in 1915, otherwise some of the participants in the 1916 Easter Uprising could have been in America.

Due to the war, important improvements in nutrition and child care were implemented in Ireland.

Because of war restrictions, the output of Irish breweries and distilleries was only half in 1918 of what it was in 1916.