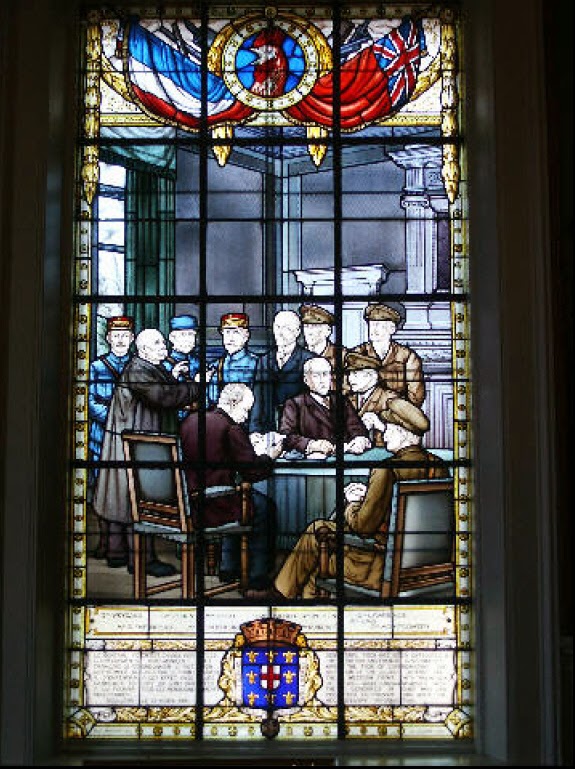 The action of 26 March was formalized at a later meeting in Beauvais on 3 April with this document:

Gen. Foch is charged by the British, French, and American Governments with the coordination of the action of the Allied Armies on the western front; to this end there is conferred on him all the powers necessary for its effective realization.  To the same end, the British, French, and American Governments confide in Gen. Foch the strategic direction of military operations.

The Commander-in-Chief of the British, French, and American Armies will exercise to the fullest extent the tactical direction of their armies.  Each Commander-in-Chief will have the right to appeal to his Government, if in his opinion his Army is placed in danger by the instructions received from Gen. Foch.