Proof That Soldiers Think About Food a Whole Lot

And food, I believe, must always have been the greatest relaxation of fighting men. Raids may come and raids may go — but food goes on forever. One bad meal will eclipse the memory of twenty good ones and leave the world in dismal gloom, presided over by his Satanic Majesty, the cook, who degenerates into a mere "belly-robber" and becomes the unhappy recipient of a thousand other uncomplimentary titles. The mess sergeant too is accused of vice of every description, from midnight raids on the larder, to feeding the food for hungry, suffering soldiers to the pet goat of another company. 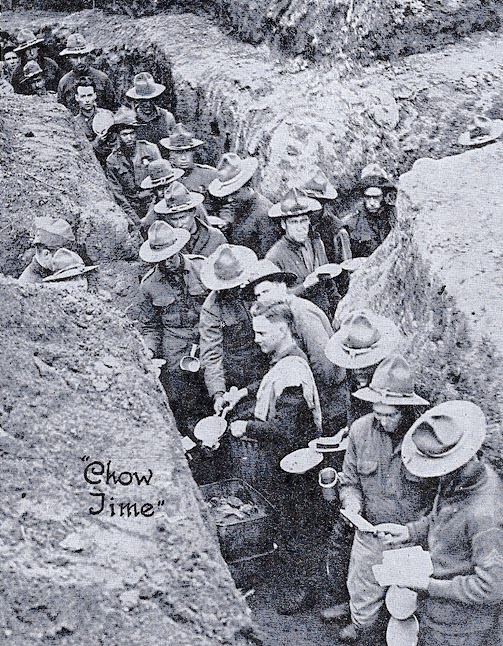 But even good food has special names of its own. Food in general is "chow." Stew is "slum" or "slumgullion." Coffee is "Java." Salmon — and there is a lot of it — is "gold-fish" or "sea-turkey." Corned beef is "corned willy," and canned meat of almost any variety is "bully-beef," or "monkey meat." In barracks when the mess is ready, the cook simply makes the announcement, "Come and get it I" and there is never any doubt about what he means.


I was standing outside one of the squad tents recently when the voice of the rifleman corporal came booming out through the canvas. 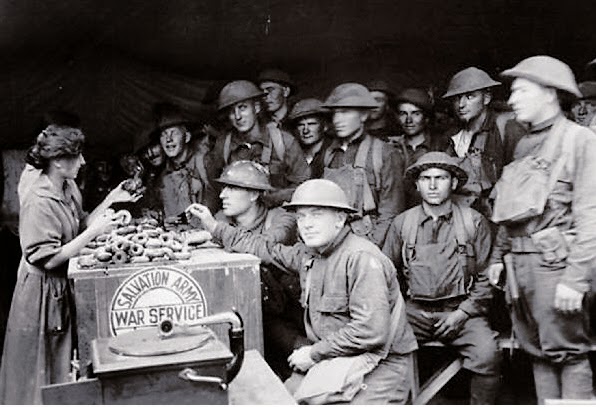 And thereupon, the mere thought of "real food" caused such a mighty chemical "kick" that noises of human throttling and flying mess kits filled the air, and I moved on out of range.