The Kingston Centenary Project–100 Years of Sopwith and Hawker Aviation

The talented team of Sir Tommy Sopwith, Fred Sigrist, and Harry Hawker contributed significant planes to the British effort in the Great War. Their superior designs and innovations contributed to aviation progress for decades afterwards, into the present day. The Sopwith factory at Kingston on Thames produced the stellar fighter airplanes we all know so well from the Great War: the Pup, the 1 1/2 Strutter, the Camel, the Snipe, the Dolphin, the Salamander, to name some of the most noteworthy.

In celebration of the 1917–2017 centenary of this contribution to military aviation history, Kingston Aviation is presenting an exhibition on 9 and 10 September at the Great Richmond Road factory, Ham. For us Great War students they will be featuring the Snipe, Dolphin, and Salamander of the later war years. 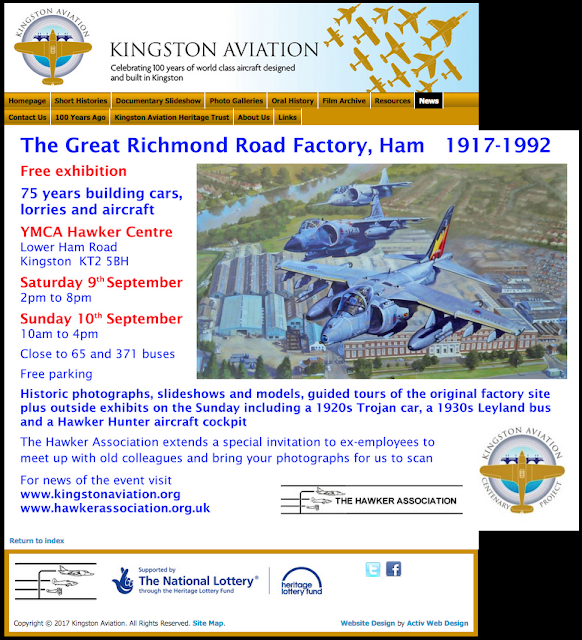 In addition ~ please look into the daily newsletter researched and written by David Hassard at the Kingston Aviation Heritage Project http://www.kingstonaviation.org/100-years-ago/1917.html.

The newsletter is an exceptional, thorough, and detailed source for scholars of the Sopwith wartime production. David has been a great help in my research, and I urge you to sign up for his fascinating newsletter on the Kingston site.