Doughboy Basics: How Many Battles Did the AEF Fight? 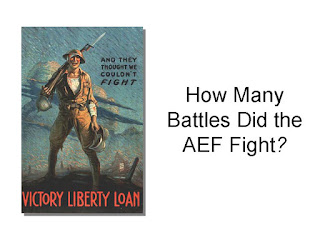 Below is a map I use for my battlefield tours to show the distribution of the main American operations in the war.  It has its genesis in the infamous WWI PBS documentary of the 1990s, The Great War and the Shaping of the 20th Century, in which two American historians, David Kennedy and Jay Winter, separately misinformed the viewers that "the United States had only fought one battle" in the war. For two decades I have waged a campaign to correct the damage they did.

What is shown on the map are what I think to be the ten most significant battles of the AEF.  I does not include ALL operations. These battles were waged by American formations of division size or greater and resulted in American victories. Not shown, for example, are the battles of the segregated regiments that fought separately with the French (mostly in the Champagne) and the aborted offensive out of the reduced St. Mihiel Salient that ended with the Armistice.  Sorry, but the only way to view the map is to enlarge it. Please feel free to print it out or save it to your hard drive if you wish. 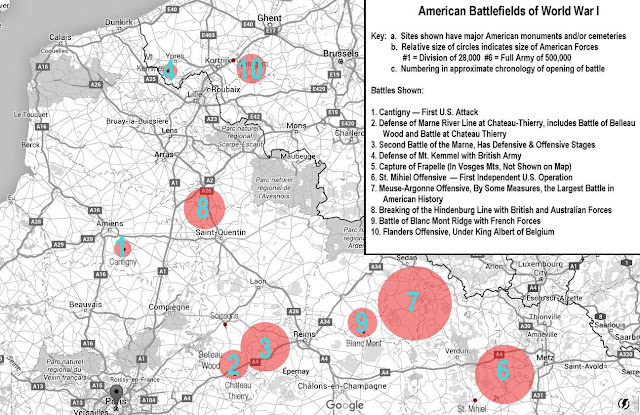