Churchill Looks Back on the Last Day of War 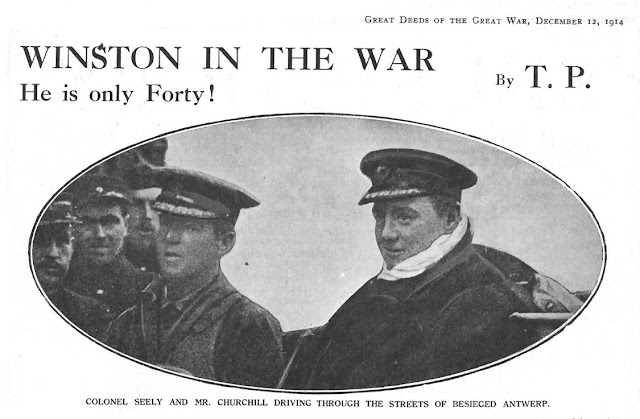 
It was a few minutes before the eleventh hour of the eleventh day of the eleventh month. I stood at the window of my room looking up Northumberland Avenue towards Trafalgar Square, waiting for Big Ben to tell that the War was over. My mind strayed back across the scarring years to the scene and emotions of the night at the Admiralty when I listened for these same chimes in order to give the signal of war against Germany to our Fleets and squadrons across the world. . .

And then suddenly the first stroke of the chime. I looked again at the broad street beneath me. It was deserted. From the portals of one of the large hotels absorbed by Government Departments darted the slight figure of a girl clerk, distractedly gesticulating while another stroke of Big Ben resounded. Then from all sides men and women came scurrying into the street. Streams of people poured out of all the buildings. The bells of London began to clash. Northumberland Avenue was now crowded with people in hundreds, nay, thousands, rushing hither and thither in a frantic manner, shouting and screaming with joy. . .

After fifty-two months of making burdens grievous to be borne and binding them on men’s backs, at last, all at once, suddenly and everywhere the burdens were cast down.