Russia's Unknown Soldier fell in the 1941 Battle of Moscow. The fallen of World War I are not honored in a similar fashion, at least not yet. 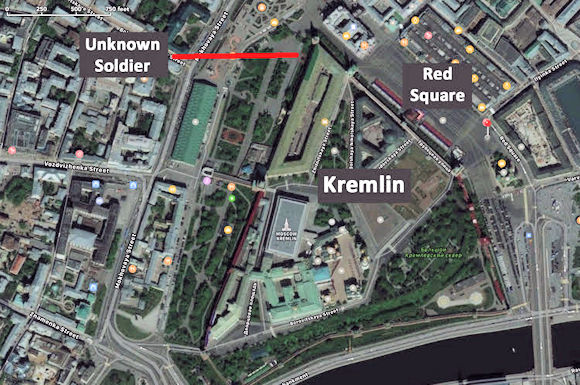 The Unknown was selected from the cemetery which marked the closest point the German Army came to Moscow in 1941. He was disinterred and moved to the walls of the Kremlin in December 1966. 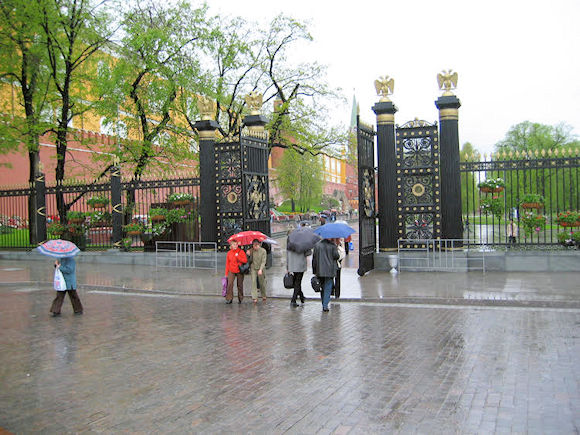 The tomb is located at the northwest corner of the Kremlin and is accessed through the Alexandrovsky Gardens. 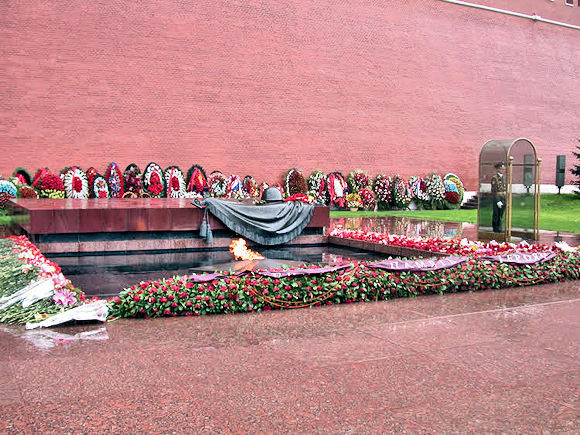 The torch for the memorial's Eternal Flame was transported from Leningrad, where it had been lit from the Eternal Flame at the Monument to the Fighters of the Revolution on the Field of Mars. To the left of the tomb is a granite wall with an inlay stating: "1941 – To Those Who Have Fallen for the Motherland – 1945". 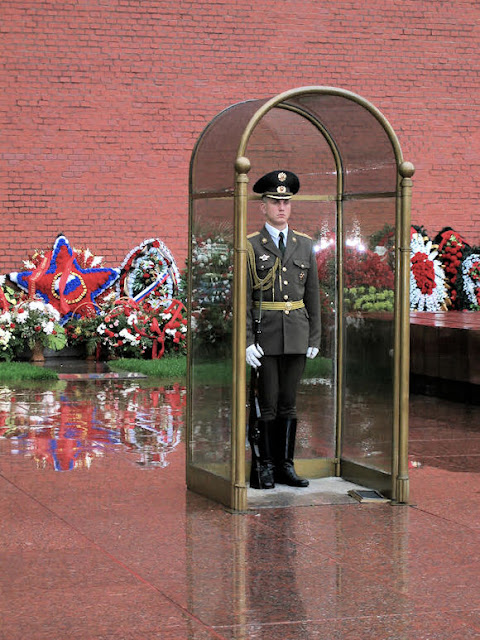