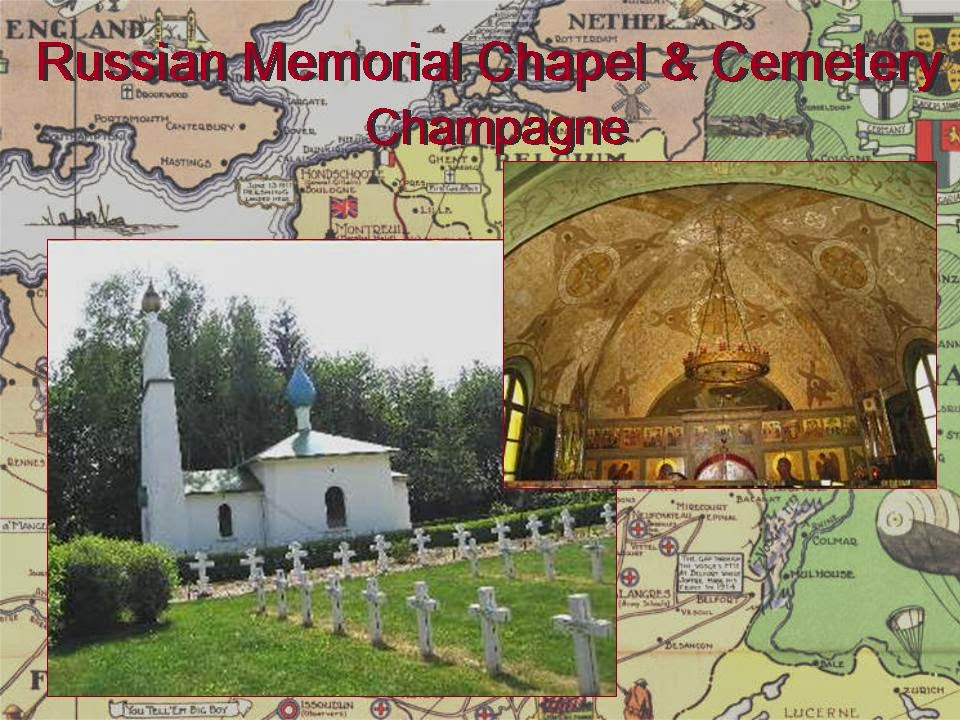 One of the unbelievable stories of World War I is that the Russians, in return for arms and ammunition, sent an expeditionary force of  two brigades (which ended up fighting one another) to the Western Front. On the site of their advance camp at Mourmelon-le-Grand east of Reims, a memorial chapel now sits with a cemetery where there are buried a number of the Russian soldiers who perished on the Western Front.

Annual commemorations are conducted, attended by the Russian émigrés in France .