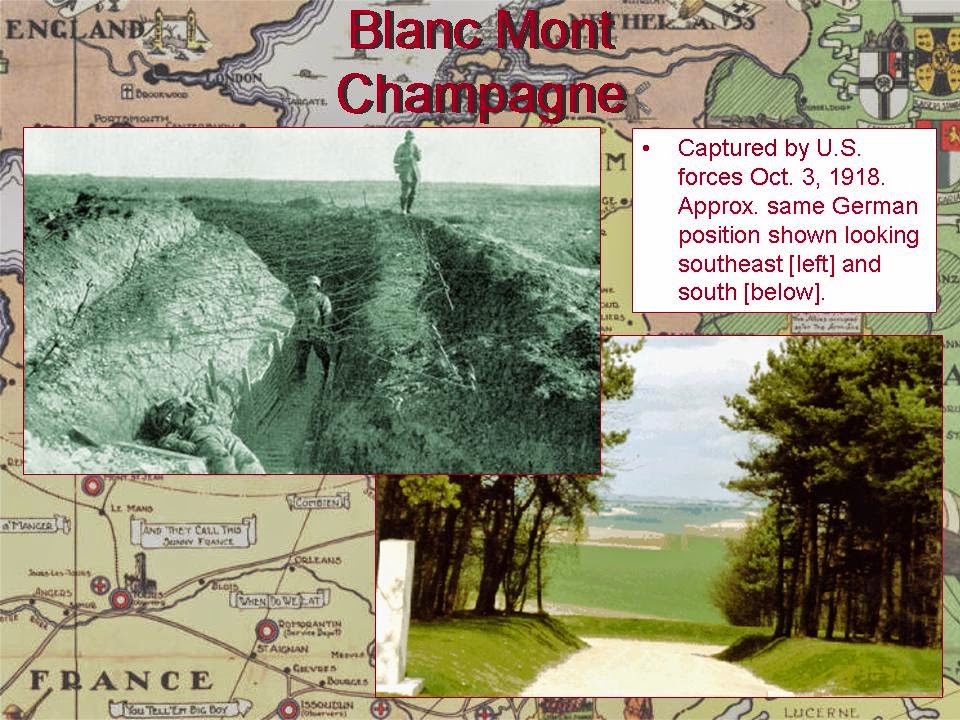 Anchor of the German defensive line in the Champagne, this nub seems hardly worthy of the “Mont” part of its name. From its crest, however, the entire Champagne region can be observed from Reims to the Argonne Forest. Blanc Mont held out against every assault by the French Army for the better part of the Great War. It was considered so secure that Kaiser Wilhelm was invited to observe the opening of one 1918 offensive from its heights.

In October 1918 it fell to a single assault by the Marines and Doughboys of the 2nd Division in a single morning and then became one of the grimmest battlefields in American history as the German Army repeatedly tried to retake it. It is the most forgotten victory in U.S. history.