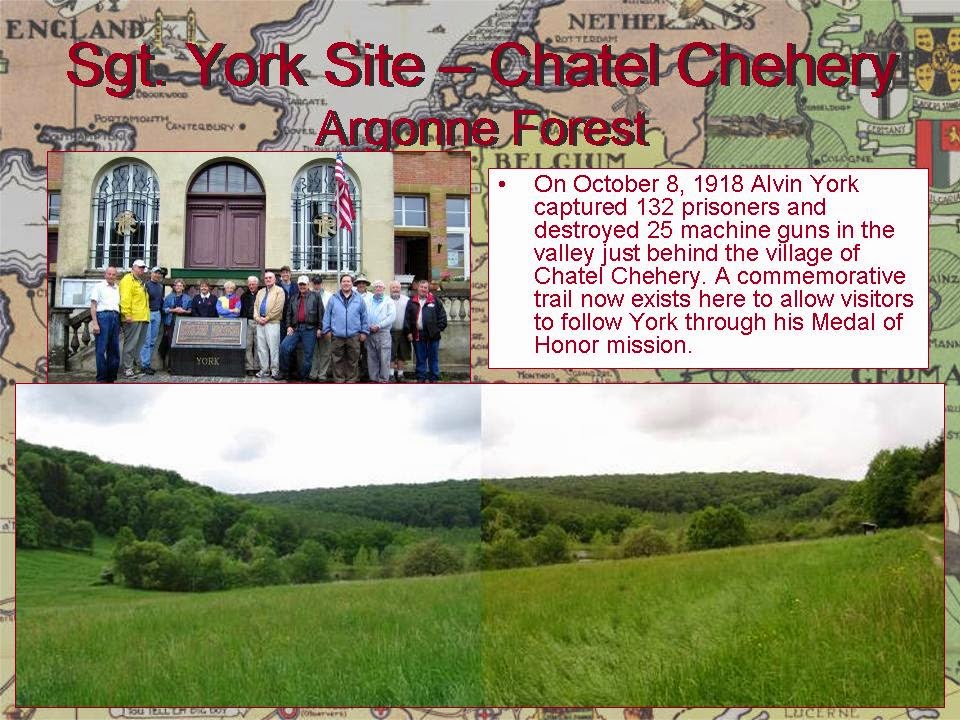 York died on 2 September 1964 and was buried with full military honors in the Pall Mall, Tennessee, cemetery. His funeral was attended by Governor Frank G. Clement and General Matthew Ridgway as President Lyndon B. Johnson's official representative. York was survived by seven children and his widow.

When asked how he wanted to be remembered, the old sergeant said he wanted people to remember how he tried to improve basic education in Tennessee because he considered a solid education the true key to success. It saddened him somewhat that only one of his children went on to college, but he was proud of the fact that they all had received high school diplomas from York Institute. Most people, of course, do not remember him as a proponent for public education. York's memory is forever tied to Gary Cooper's laconic screen portrayal of the mountain hero and the myth surrounding his military exploits in the Argonne in 1918.

From our biography of Alvin York by Dr. Michael Birdwell at: