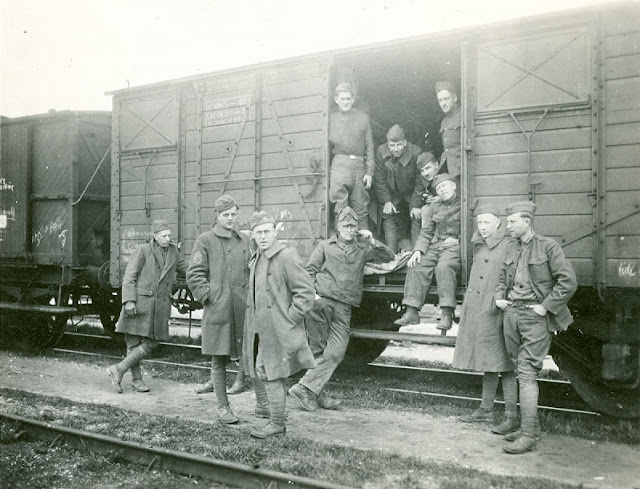 The Doughboy's military training set him apart from others. In less obvious ways as well, life in the Army contributed to the creation of the Doughboy folk. The Army issued each man one of the newfangled safety razors. The Army taught the Doughboy to stand naked in line to be deloused and to submit to its relentless curiosity about the condition of his private parts. The cigarette came into vogue. The wristwatch, long considered an effeminate device, became a popular item, partly because there was no place on the uniform for the old pocket watch and fob and because a famous war correspondent, Richard Harding Davis, wore one.

The Army prescribed for sexual behavior by declaring unreported venereal disease an unlawful affliction and by training men in the use of the prophylaxis station. Basic training shaped the soldier's ideas of what the correct pose of the accomplished warrior should be. It served to blur all former social attachments—"knifing off" the old associations which interfere with group assimilation. The severe haircut and the many personal indignities jarred loose the civilian outlook and rearranged it into an army outlook in a process which Robert Jay Lifton described for men of a later war as "a form of symbolic death and rebirth."