Commemorating the Battle of the Marne

France's victory in the 1914 Battle of the Marne brought out a powerful emotional upsurge in the nation. The combination of relief and a restored confidence that victory could be found resulted in many publications commemorating the battle, its anniversary, and the commander-in-chief, Joseph Joffre.  This surge mostly lasted until 1916's Battle of Verdun and the grimmer times of the late war.  Afterward, however, the Marne would be remembered as France's greatest victory of the Great War. 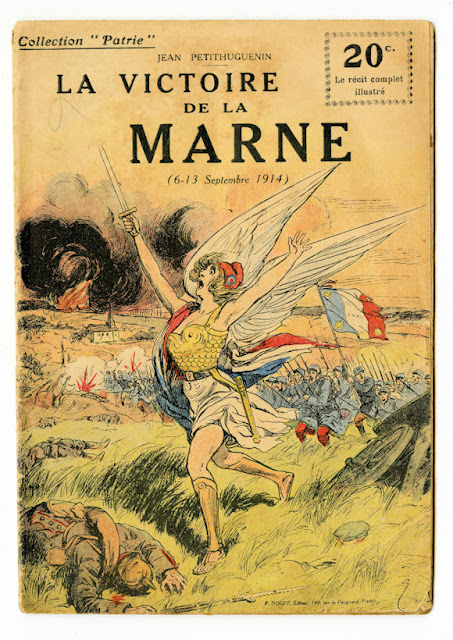