The Main Problem with War Horses: Feeding Them 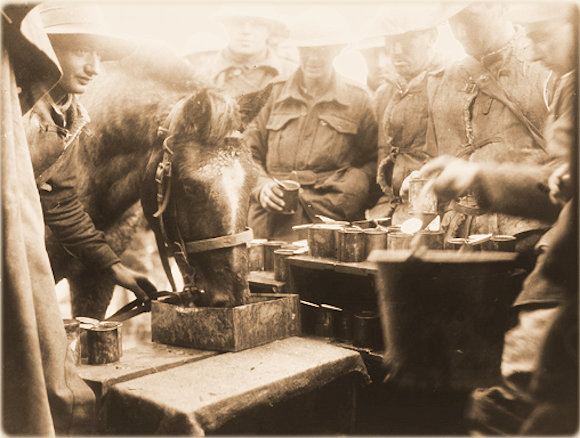 Editors Comment:  Until I found this article, I never contemplated the idea that dependence on animal transport brings strategic limitations. The authors of this article point out how the need to feed its huge number of horses hindered the German Army in its execution of the Schlieffen Plan in 1914.

The period between the American Civil War and World War I was filled with advances in technology, which were not fully taken advantage of by the European powers. Furthermore, the dominant powers in Europe (France, Prussia, England, and Russia) failed to truly understand the lessons that could have been learned from the Civil War. Cavalry charges and long baggage trains of horse-drawn wagons persisted, and with that returned the age-old need to feed the livestock. In many ways, the First World War resembled all past wars. However, its rapid consumption of supplies, especially ammunition, dictated that the times and ways of war were changing. But for the moment, it was remarkably similar to the past, in that during the war, Great Britain shipped 5,253,538 tons of ammunition to France as well as the greatest single item shipped, which was 5,438,602 tons of oats and hay. Fuel for horses continued to be a dominant factor.

Regardless of the lessons the Germans should have learned from the past, during World War I, they placed a huge emphasis on cavalry and did not prepare for their maintenance in the field. The German high command ordered commanders to feed their horses off the land as a result of the army’s sheer numbers of horses. Martin van Creveld relates that any attempt to supply the army from home bases would have been impossible. As the Germans moved into France early in the war, luck appeared to be with them, as the land was rich and the grain had just been harvested. However, much of the grain was still green, causing many of the horses to become sick and die very early in the campaign. A critical shortage in fodder resulted, and by the time of the Battle of the Marne, where French and British forces engaged and halted the German advance, most of the horses were too weak to keep up the pace. 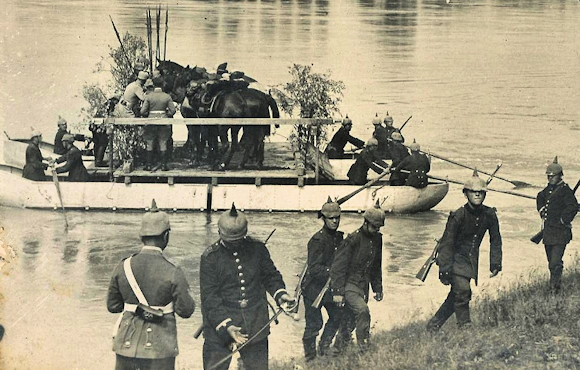 The German invasion plan, known as the Schlieffen Plan, depended on the speed of the invasion, yet the horses employed in reconnaissance and pulling the heavy artillery were so poorly fed that they could not keep up the pace. Many died before the Germans crossed the border into Belgium. By 11 August 1914, preceding the Battle of the Marne, cavalry forces ordered a four-day halt to find food for the mounts. By the Battle of the Marne, the starved horses pulling the German artillery, which was the only arm that had a distinct advantage over French forces, could not keep up the pace. “By this time, too, one German army at least was finding that the state of the cavalry seriously interfered with operations.”

The German high command’s severe lack of oversight of properly feeding the horses proved to be a decisive factor in the failure of the Schlieffen Plan. Following the offensive stall after the Battle of the Marne, the consumption of supplies reached proportions unmatched by any previous war. However, this consumption rate could not have been maintained if the front had not stalled and remained stationary throughout the war.  Supply movement via horses would have been inadequate given the war’s immense scale. Toward the end of the war, both sides began to introduce motorized transport on a very small scale and argued that “complete motorization of local transportation and the widespread use of combat vehicles would restore mobility to the battlefield.