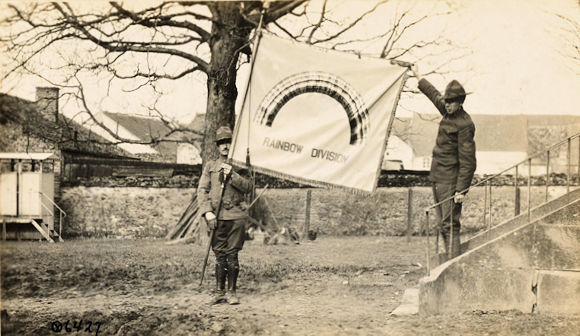 The Rainbow Division's Colors Unfurled for the First Time in France

When the United States declared war on Germany in 1917, it federalized National Guard divisions to quickly build up an Army. Sixteen National Guard divisions were planned for the AEF.  Large states like Pennsylvania and California had sufficient Guardsmen to man full divisions. Less populous states were pooled together with adjacent states to form a division, such as was the case with the 26th New England Division. 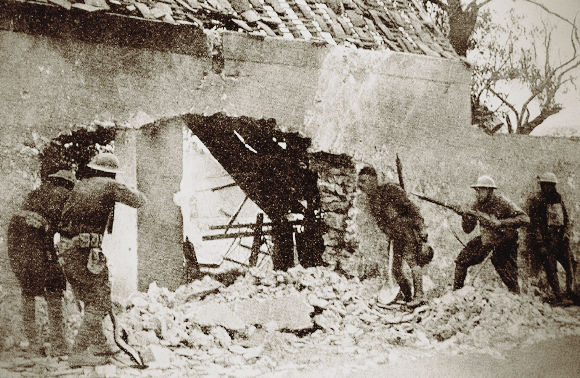 Here is a list of the states that contributed forces to the division:

In addition, Douglas MacArthur, then a major, suggested to William A. Mann, the head of the Militia Bureau, that he form another division from the non-divisional units of several states. Secretary of War Newton D. Baker approved the proposal and recalled Douglas MacArthur saying that such an organization would "stretch over the whole country like a rainbow." The division was created using units from 26 states and the District of Columbia. The name stuck, and MacArthur was promoted to colonel as the division chief of staff. 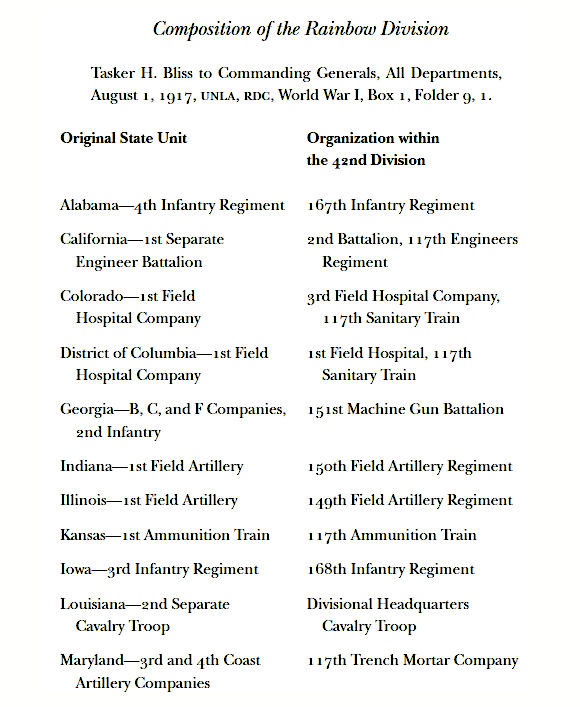 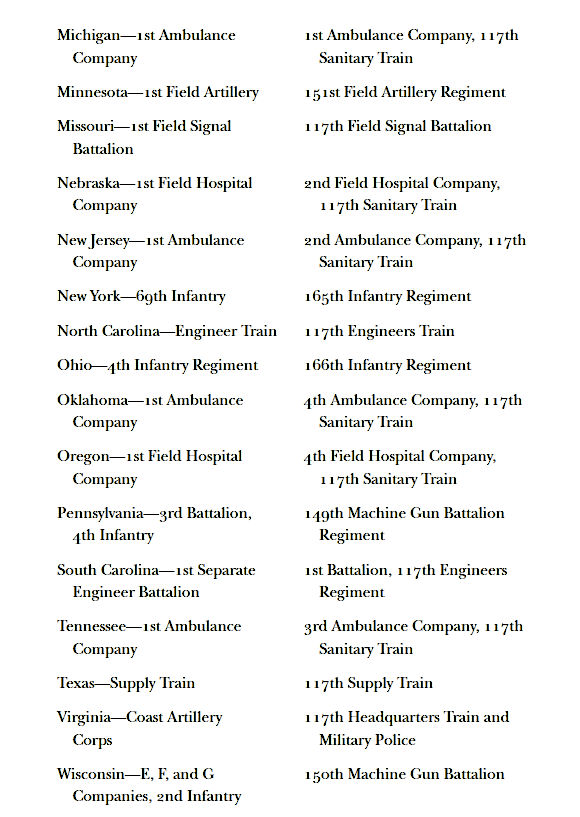