The Army Will Make a Man or a Hobo Out of You
By Paul Albright Jr. 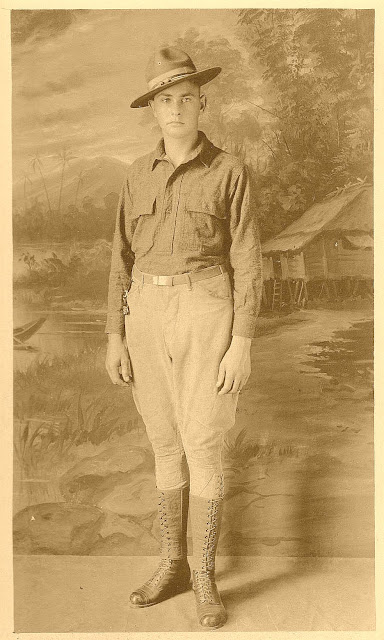 My father left home at 17 to seek his way in the world. In this case, “home” was a railroad boxcar sitting adjacent to the Colorado & Southern Railroad tracks alongside Fossil Creek, on the edge of Fort Collins, Colorado. The boxcar had been converted into a residence for my grandfather, a section foreman on the C&S, and his wife and two sons.

In March 1919, Paul L. Albright traveled by train to Kansas City to enroll in the Sweeney Auto Mechanical School. After receiving his mechanic’s certificate, he visited friends and relatives in southern Illinois where he had been born in 1901. Less than three months after his 18th birthday—and without informing his parents—he enlisted for three years in the Army. Following basic training in Illinois, he was assigned to the medical corps and shipped to Fort Mills, which was located on Corregidor Island in Manila Bay in what was then the U.S. colony of the Philippines. (En route, his transport stopped at Vladivostok, Russia, for four days in August to deploy troops and supplies as part of the AEF intervention in Siberia.)

His mother was not happy that her oldest son had joined the Army without his parent’s knowledge or permission. In her letters, Retta Albright repeatedly raised the possibility of contacting military authorities to have him released and returned home. 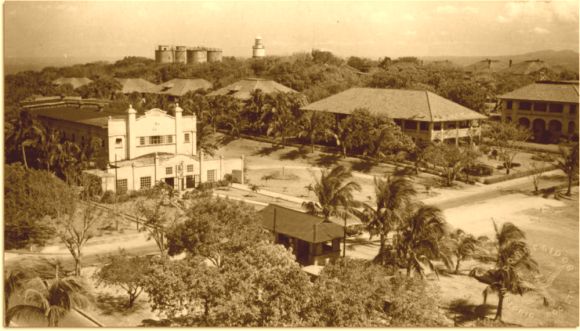 For months, Albright tried to assure his parents that he liked the Army and his assignment as an ambulance driver on Corregidor Island; that he was well fed and adequately clothed; and that he was saving his wages. In January 1920, Albright, who had been promoted to corporal, noted the arrival of American soldiers who had been serving in frigid Siberia. This may have stirred a fervent, patriotic reaction to his mother’s persistent complaining about his having joined the Army. On 3 February 1920, he sent this handwritten letter to his mother:

The Army is all right and I don’t care who I tell it to. If any of those people go to saying anything against it, tell them that this is the reason I enlisted. I enlisted because I thought it my duty, I wanted to see some foreign country, I wanted to learn a trade, I wanted to serve my country. There are many young men (who) died in France in defence (sic) of the good old U.S.A. So, am I, or any other young man, any better than they?

It is absolutely necessary that we should keep the Philippine Islands guarded because they are ignorant and very weak. We are missionaries of civilization and Christianity, are we not? It is not that we do not love home and our loved ones, but that we do. These people ask our help. How can we refuse?

Would Jesus refuse a lamb refuge from a lion? No! Then neither will we refuse the Islands refuge from Japan and Spain. Japan would jump on the islands the minute we left the harbor. This is the reason I enlisted, and also to help out my countrymen who were already here. We all (most of us) love home as good as well as any one, and it is true that the Army will make a man or a hobo out of you.

Despite this ardent declaration, his mother did not drop her objections. On 26 April 1920, Retta Albright wrote the adjutant general’s office in Washington that her son had left home at age 17, had joined the Army without her consent, and “I need my son at home. He is to (sic) young to be in the Army. I need his assistance at home very bad.”

The adjutant general’s office denied her request since her son was 18 years old when he enlisted and there was no evidence that he was needed at home because of a death or disability in the family.

My father completed his military service in 1922 and utilized in civilian life the mechanical, telegraphy, and Spanish language skills that he had learned in the Army. And he did not become a hobo.