Twenty-eight years ago this month, Walter MacKay Draycot – rifleman, topographer, photographer and (unpublished) memoir writer – died in North Vancouver, Canada, at the age of 102. Born in 1885 in Leicestershire, England, Draycot served in the Boer War as a member of the 60th Rifles and Engineers. He emigrated to Canada in 1907, was employed for a few months by the Canadian Pacific Railway as a railroad worker, set up business as a farmer/merchant in Ontario in 1910, and in 1911 he settled in Lynn Valley on the west coast of Canada. 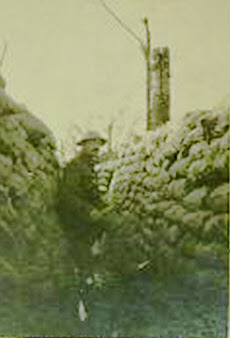 When war was declared, Draycot was not slow to enlist despite his age (29). He signed up with his old Boer War regiment but was shortly afterward transferred to Princess Patricia’s Canadian Light Infantry. He performed a wide range of duties, as regimental barber, sketcher, topographer, and acting intelligence officer. Draycot described his war career in the third person, as follows:

On the outbreak of the 1914–18 War he was back again in England with his old regiment. While waiting to be Commissioned as an officer he was claimed by Colonel Farquar of the Famous Princess Patricia’s on the grounds he was a Canadian Citizen. His exploits have been written in an unpublished typed book. Appointed Military Topographer. Being the only exponent of that art in the Brigade of 4,000 men, he was sought by General Macdonnel for service in the 7th Canadian Infantry Brigade. Both the Division and Corps wanted his services, but Macdonnel retained him. Appointed the only Official Sketcher in the Canadian Army with credentials. Thrice wounded. Arrested several times as a spy, when sketching. Twice ‘gassed’; the last dose sent him to England where, after recovering, he conducted a school to teach officers the art of Military Sketching and Topography. After the War, some of his sketches were printed – see his book; it tells all.

(Early Days in Lynn Valley, 13. The ‘book’ referred to is Draycot’s memoir Pawn No. 883: Being the Adventures of a Pawn in the Affairs of 1914–18, which is housed at the North Vancouver Museum & Archives, North Vancouver, BC. His sketch below provides a sanitized view of conditions at Vimy Ridge.) 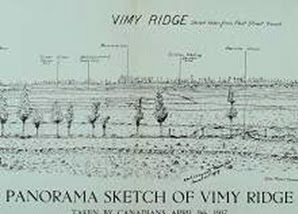 Draycot fought at Ypres, the Somme, and Vimy Ridge. Vimy was his final battle. After being gassed, he was shipped to England for convalescence. 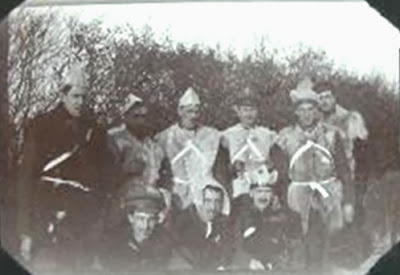 Draycot during his convalescence
(in the front row, farthest to the right)

Draycot’s memoir and diary entries contain details about the daily routines of the soldier as well as close shaves with death. Of the latter, one episode is particularly memorable and is described in the memoir as follows:

A small brook flowed through Sanctuary Wood. Any activity in this area could be seen by the observer in the Bird Cage. However, it was necessary to obtain information during daylight. Forgetful, as we all become when engrossed in a subject, my mind being on my work led me forward scanning here and there taking notes and measurements. Something compelled me to turn round. Horrors of Horrors! There was the Bird Cage – in full view! Stupefied, my blood froze at the sight. He could see me! My position was likened to an oasis in the desert .

Draycot’s war career was tinged with bitterness; enlisting as a private but doing the work of a trained topographer (he learned this from Baden Powell) and acting intelligence officer, he never forgave the army for its refusal to honour his temporary promotion to sergeant in 1916. The reason given was that Draycot could not be promoted permanently because, during much of the war, he was on temporary loan to other regiments as a topographer. Private he was – and private he would remain.

On returning to Lynn Valley after his convalescence, Draycot worked for the local community, as justice of the peace (from 1923 to 1975) and as a Scout leader. One year after his death on 21 October 1985, a statue was erected in Lynn Valley in his honour. Peacetime finally gave him the recognition that he was unable to gain in time of war.