The Armored Cars of Antwerp


When war was declared the Belgian government asked for and also requisitioned privately owned automobiles (usually not from businesses). Many of the affluent class, when being called up or volunteering for military duty, brought their strong and robust motorcars along with them into service, often with an experienced professional chauffeur.

One of these soldiers returning to military service was Charles Henkart, a reserve grenadier lieutenant. He brought two of his own motorcars with him and had them refurbished at the Cockerill Steel Yards in Hoboken near Antwerp. These steelyards manufactured heavy industrial machinery and were engaged in shipbuilding and repairs and constructing all manner of heavy equipment. They welded steel plates around Henkart's two cars, mounted machine guns, and off he went, merrily shooting up German units, strongpoints, machine gun outposts, and other targets of opportunity in the greater Antwerp defensive zone. In one action he is credited with causing 200 German casualties. 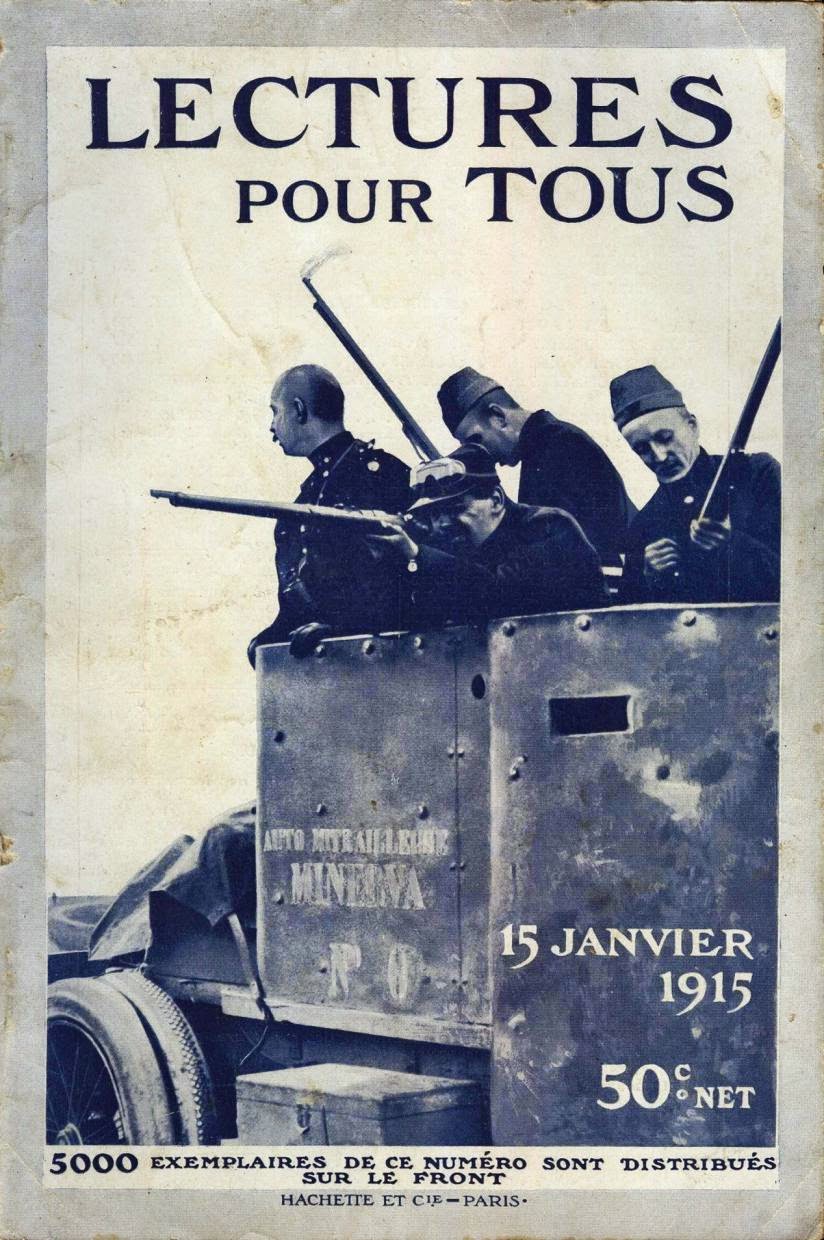 This was such a success that other heavy-duty motorcars were refurbished by the military along similar lines. The armor plating was carried out at the Cockerill Steelyards upriver from Antwerp and in large part in the Belgian Minerva Automobile Factory, located in downtown Antwerp. The Minerva automobile was a sort of Belgian Rolls-Royce, incredibly sturdy, high-powered, and very reliable. Since Belgian roads were in the main paved with cobblestones, these motor vehicles sported a strong and dependable chassis and suspension system, and so were sturdy enough to bear the extra weight of steel plating. In the post-WWII era, when the company went out of business, it was joked that it couldn't sell any more cars because Minervas never broke down or wore out. In reality they were just too expensive — all were handmade to very high standards. Apparently Al Capone had a specially made armor-plated Minerva as a personal vehicle of his in Chicago of the 1920s — supposedly because of its reputation during the Great War of being indestructible .

They caused much havoc to the Germans during the Siege of Antwerp, though they were never used in a concentrated action. They were used in bits and dribbles of one or two operating on their own. A news editor's dream with their contemporary futuristic look and feel, they were photographed extensively and shown in the printed media worldwide as an example of Belgian ingenuity and determination to withstand the German invasion of their country. They suffered one big setback during the siege, when in a raid of two cars a Belgian prince, the Prince de Ligne, was killed in a minor engagement in Aalst near Antwerp.

Their story of the later war years includes not only intense action on the plains of Russia but also surviving the Bolshevik Revolution, traveling the length of Siberia and Manchuria to Vladivostok with a subsequent embarkation for San Francisco, and a grand triumphant tour of the U.S. before returning to France in the summer of 1918.

By 1915, after the retreat to the Yser river and the virtual institution of static trench warfare, there was no more use for such fast-moving vehicles. Due to offhand remarks by a Russian diplomat attached to the Belgian military as observer, the Belgian Armored Car Corps — the Auto-Canons Miltrailleuses or ACM — was sent to Tsarist Russia to fight on the Eastern Front in Galicia against the Austrians and Germans.