Harry Lauder's Keep Right on to the End of the Road


Music hall star Harry Lauder composed this shortly after his son John was killed at Pozières in December 1916. During the Second World War Winston Churchill liked to listen to it when things were going badly. 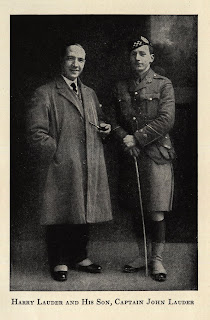 Ev'ry road thro' life is a long,
long road,
Fill'd with joys and sorrows too,
As you journey on how your heart
will yearn,
For the things most dear to you.
With wealth and love 'tis so
But onward we must go-

After his son's death, Harry became something of the Bob Hope of the First World War, entertaining the troops and recruiting for the forces including in America. Listen to a 1926 version of Harry singing the song at YouTube:  https://www.youtube.com/watch?v=vbM86eiczAg 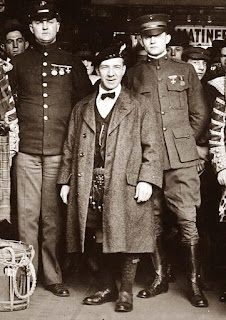