100 Years Ago: Bastille Day in Paris 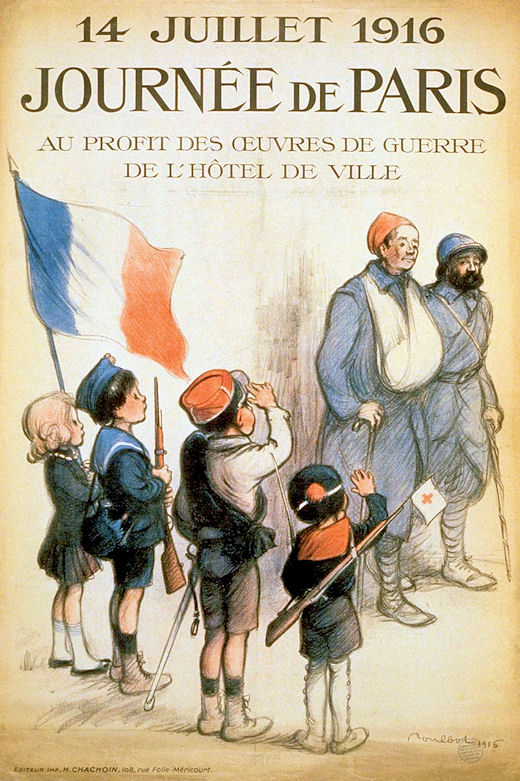 One hundred years ago, despite having its army deeply involved in a double death-struggle – both at Verdun and on the Somme – the celebration of the Republic's great national holiday went on. At least one commentator noted that the celebration had a peculiar international feel. Certainly the images of the day's events reflect this. (The poster above from the day involves a fundraising relief effort at the Paris city hall.) 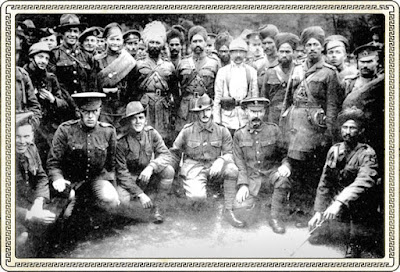 One or two Poilus surrounded by members of the Allies' forces. 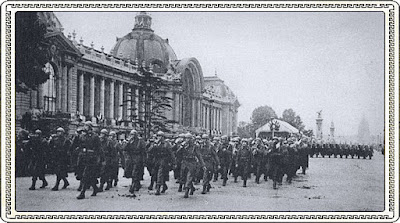 This was the only photo I could find identifying a French unit in the parade. (I'm a bit suspicious that it might be an Italian unit, though.) 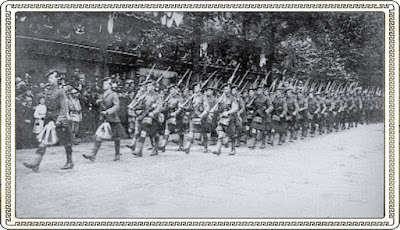 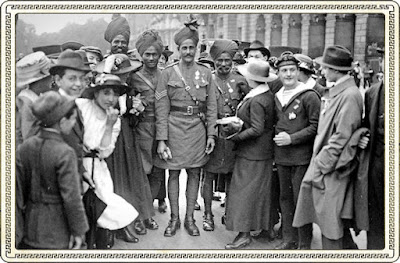 The Parisians seem enchanted with the Sikhs of the Indian Army. 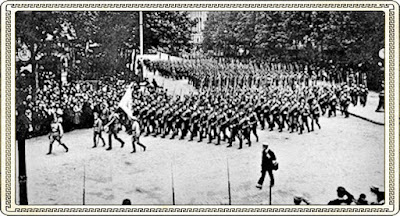 The fabled Russian Expeditionary Force put in an appearance.  There was no snow on their boots, however.