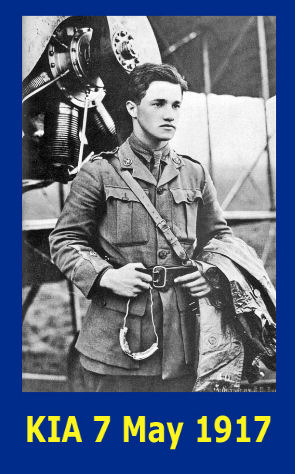 Albert Ball joined the Sherwood Foresters at the outbreak of war but was disappointed at his assignment at home in Britain. He paid for his own flying instruction and joined the RFC in 1916. Starting out, he flew the BE-2 but was able to get into single-seat scouts, where he found his role in life.

After rapidly gaining 17 victories Ball was posted home in October 1916 and received much adulation in the press. He was the Royal Flying Corps's first hero after ultimately receiving the Distinguished Service Order with two bars (i.e., three awards) and the Military Cross. Later, he would posthumously receive the Victoria Cross. 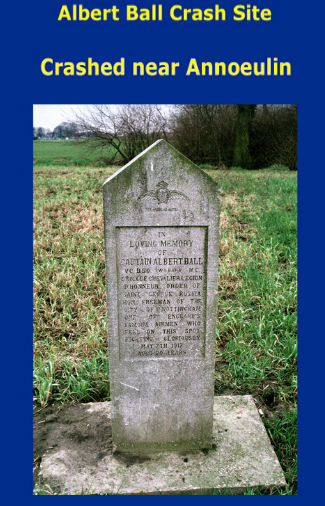 Restless at home, he lobbied for return to combat and was assigned to 56 Squadron in February 1917, flying both Nieuport 17s and SE5s, which he preferred. His preference was for the latter with its twin guns and superior stability. Ball suggested a Lewis gun mount for the SE5s.

The circumstances of Ball's death are uncertain. On a mission near Annoeullin, 15 km SW of Lille, he emerged inverted from low clouds and crashed in a field. The Germans credited Lothar von Richthofen—the Red Baron's brother—but vertigo is a more likely explanation. 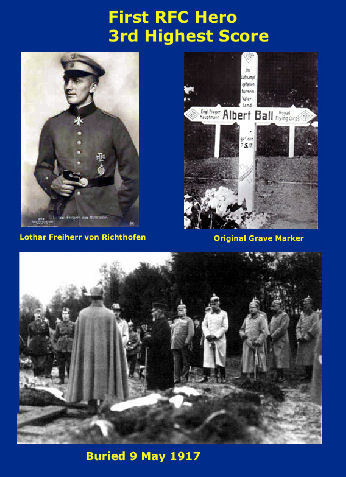 Recognizing Ball's distinguished record, the Germans provided a military funeral. His grave remains in the German extension of the Annoeulin community cemetery—the only non-German burial—with a private memorial provided by his family. His father also purchased the field where Ball's plane had crashed and installed a marker which still stands. 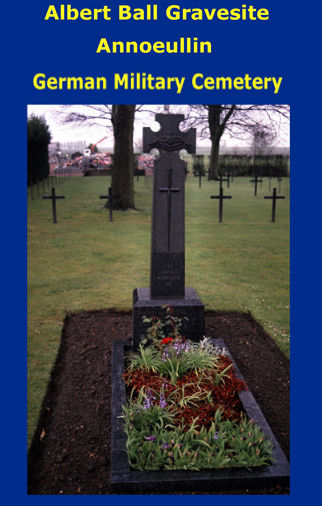