On 31 July, the Royal Mail unveiled their 1917 Centennial Issue of six stamps.  Collectors can  purchase them online. 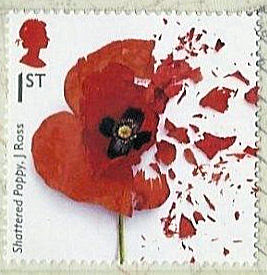 Shattered Poppy, by John Ross, is a contemporary photographic image. 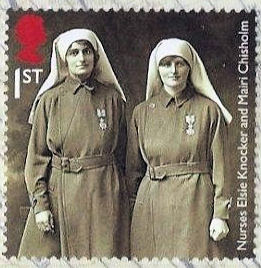 Nicknamed the “Madonnas of Pervyse,” Elsie Knocker and Mairi Chisholm served as ambulance drivers and nurses on the front line at Pervyse, Belgium, during the war, receiving several medals for their bravery and substantial press attention at the time. 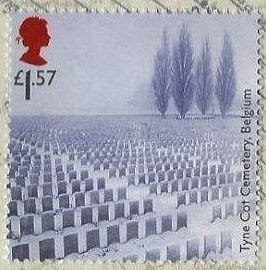 Tyne Cot Cemetery in Belgium is the largest of the Commonwealth War Graves Commissions cemeteries, with 11,961 graves.  There are also 35,000 names listed on its memorial walls of men whose burial site is unknown. 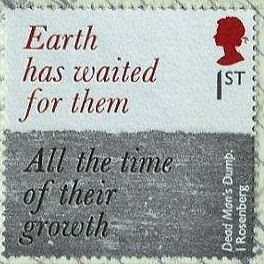 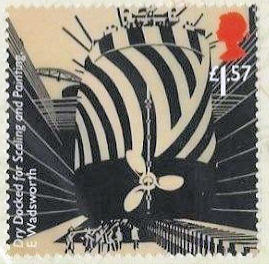 Before the war, English artist Edward Wadsworth (1889–1949) was part of the short-lived Vorticism art movement that blended Cubism and Futurism. The stamp shows an example of dazzle camouflage from Wadsworth’s 1918 woodcut "Dry Docked for Scaling and Painting". 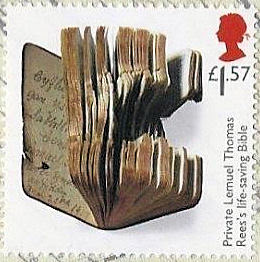 Private Lemuel Thomas Rees of the South Wales Borderers, 6th Battalion, was seriously wounded by shrapnel from a German shell in the battle, but his life was saved by the small Bible in his breast pocket. After convalescing, Rees returned to battle. He died on 13 November 1918 (two days after the Armistice) due to bronchial pneumonia and the effects of gas attacks.