The Guinness Brewery at War


From The Guinness Storehouse

By 1914 the Guinness Brewery founded in Dublin, Ireland, in 1759, had become the world's largest. The total number of staff and employees was 3,650, and taking into account the families of the clerks and workmen, about 11,000 people were dependent on the brewery for their livelihood.

On the outbreak of war in 1914, employees were actively encouraged to join the British forces. The company ensured that sufficient numbers were retained to enable brewing operations to continue while remaining amenable to petitions to enlist from staff. Over 800 employees served in the British forces in World War One, serving on land, on sea, and in the air all over the world. These men came from all departments in the brewery from top management to laborers. Men employed at Guinness regional stores in Ireland and England also volunteered. Brewery employees served mainly with the Royal Irish Fusiliers, the Royal Dublin Fusiliers, the Irish Guards, the Royal Army Medical Corps, the Royal Irish Regiment. Several employees were awarded decorations such as the Military Medal, the Military Cross, the Croix de Guerre, and the Distinguished Conduct Medal.

The company paid half wages to the soldiers' families at home and their jobs were guaranteed when they returned. Special "war bonuses" were also paid by the company. A War Gifts Committee was established in the brewery to dispatch parcels to men in active service. In December 1920, a Roll of Honour was produced by the company to "preserve, in a suitable form, a record of those...who gave their services—and in many instances their lives—for the defence of the Empire". Out the 800 men who left the company, 103 did not return. 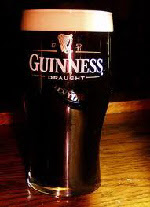 The war also affected the daily operations of the brewery in Dublin. The company lent motor vehicles to military authorities "in case of national emergency," and horses and motor vehicles were sold to the government. The company lost her first steamship, S.S. W.M. Barkley, during the war. The ship was acquired in 1913 and used for carrying barrels of Guinness stout to ports in England. On 12 October 1917 the W.M. Barkley was torpedoed and sunk off the Kish Lighthouse in the Irish Sea. Five Guinness crewmen perished and seven crew were rescued.

The war also had an effect on the supply of Guinness stout. Barley growing was restricted by the government as land previously used to grow barley was increasingly required for growing foodstuffs. This resulted in a reduced availability of one of the key ingredients in Guinness stout. The government also laid down restrictions on the amount of beer that the brewery was allowed to produce, which directly affected the strength of the beer brewed. Restrictions on quantities were not lifted until 1919, and restrictions on the strength of beer were not lifted until 1921.