World War One and Trieste


1.  Victory Lighthouse
The Victory Lighthouse (Faro della Vittoria) overlooking Trieste was built in 1927, to honor the fallen at sea during World War I. With its height of 223 feet (68 m), it is one of the tallest lighthouses in the world. 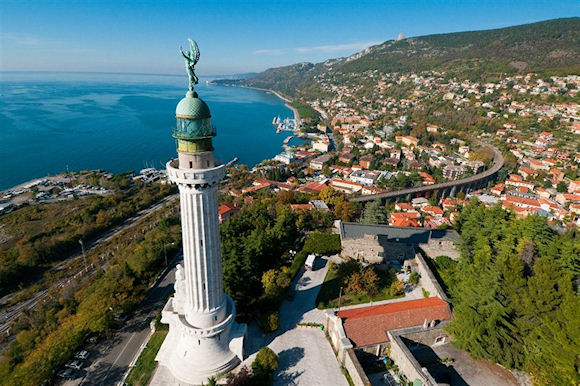 2.   Mole Audace
Our first stop on Trieste's waterfront will be at the place where Italian forces and officials arrived on a naval flotilla led by the destroyer Audace on 3 November 1918 (a day before the Armistice) to claim the city for the Kingdom of Italy.  It provides a beautiful vista of the city, which since 1955 has  once again been part of Italy.

3.  Piazza Unità d'Italia
Naturally we will walk to the nearby and highly photogenic main square of Trieste for a photo opportunity. It's said to be the largest seaside plaza in Europe. 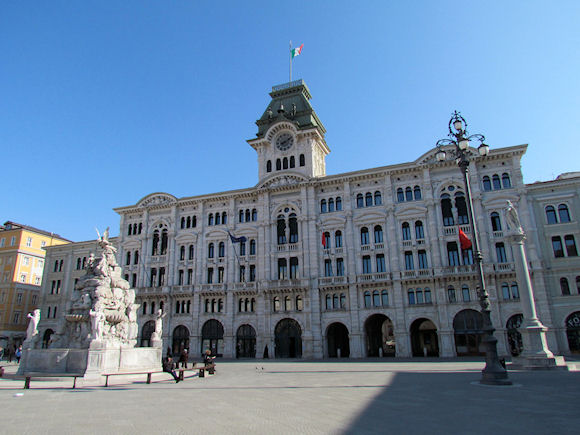 4.  Memorial to the Fallen
Like almost every city of every combatant of the Great War, Trieste has its own monument to the fallen, which is located adjacent to the city's Remembrance Park,  Miramare Castle. 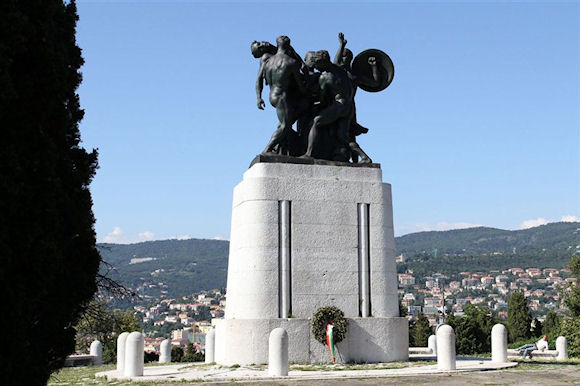 5. Miramare Castle
Before departing on our drive back to Vienna, we are stopping at a non-WWI site:  the pride and joy of the ill-fated Maximilian, brother of Emperor Franz Josef and briefly, Emperor of Mexico. Nonetheless, his castle is considered a masterpiece of 19th-century architecture, and I just didn't want to miss it. 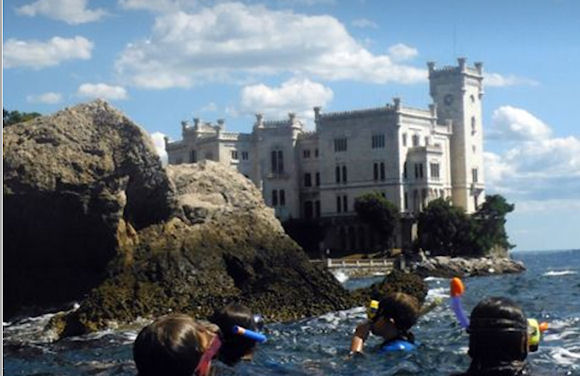