Super Bowl for the AEF: A Roads Classic

The First World War had its own Super Bowl! The divisions and large bases of the American Expeditionary Force in Europe had their own football tournament. The championship game between the 89th (Midwest Division) and the 36th (Texas-Oklahoma National Guard) divisions was played on 29 March 1919, before a crowd of 15,000 at the Paris Velodrome that included General Pershing.

Just like today's Super Bowl it had pre-game hype: 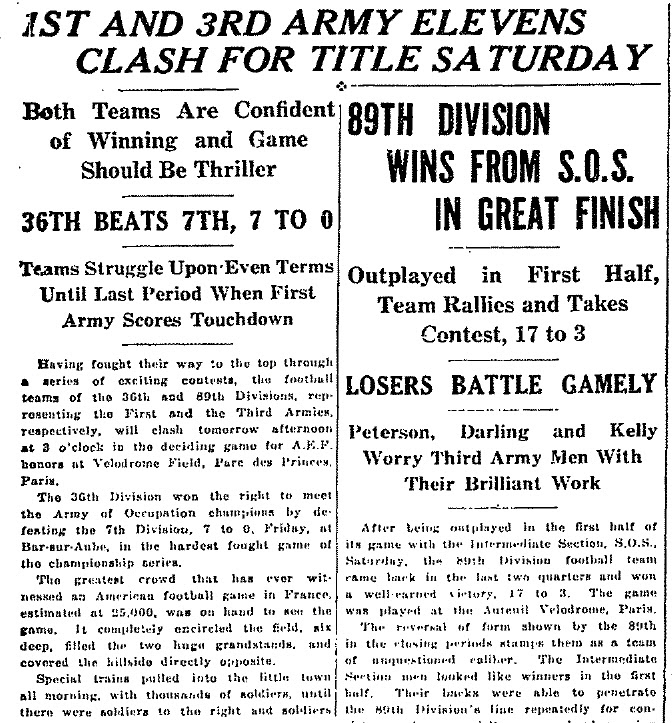 The field was muddy, but the football played was of the highest order. In the first quarter the 89th worked the ball to the one-yard line and on the fourth down tried for a field goal, but the slippery ball went wide. After neither side had gained much advantage in close play in the middle of the field, Mahseet delivered a terrific punt that carried more than fifty yards and passed the safety man of the 89th, who let it roll over the line for a touchback. On the first play, the ball was passed badly to Lindsey, who fumbled and the ball rolled over the line. McCuller fell on it for the first touchdown of the game. Mahseet missed goal. The quarter ended without further scoring.

It had star players: 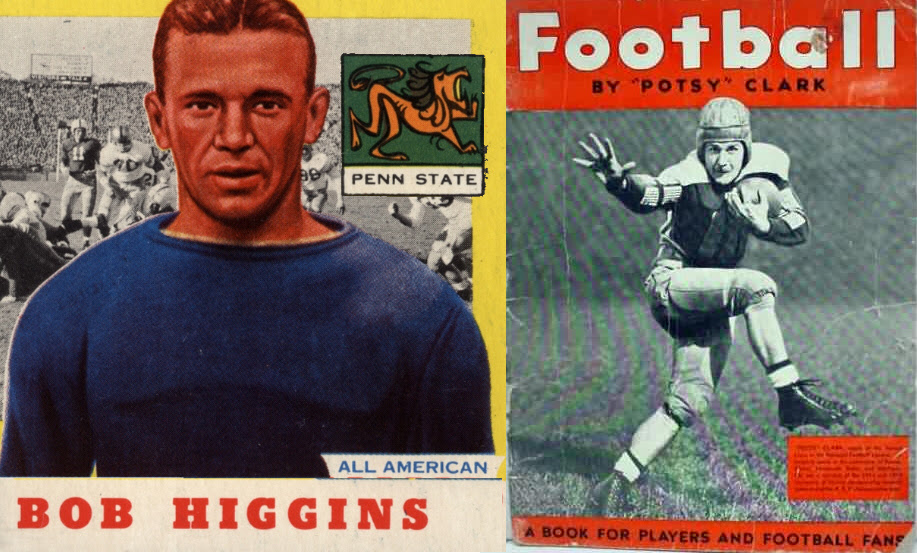 Bob Higgins  of Penn State and George "Potsy" Clark of Illinois Were Notable Players on the 89th Division Squad; Clark Would Be the Star of the Championship Game; Both Would Later Have Distinguished Coaching Careers

Between halves, in addition to the usual scorching talks from the coaches, General Winn spoke to the team. Many of the players afterward said that his appeal to their pride in the division, his encouragement of their efforts, was one of the most effective of such appeals that they had ever listened to. Certain it is that something was instilled into the team between halves that called forth reserve powers that had not been displayed before.

Beginning the third quarter, Lindsey returned the Indians' kick-off 41 yards by one of the most brilliant runs of the game. In three plays on the line the 89th gained first down. The 36th then stiffened and a punting duel followed, in which a blocked punt gave the 89th the ball on the seven-yard line, but a fumble by Clark lost the chance to score. Finally a pretty forward pass to Clark and a run netting 22 yards put the ball within striking distance. Lindsey and Gerhardt dropped back as if to try for a field goal. Gerhardt received the ball, shot it back to Lindsey, who passed it far down the field to Clark. Clark received it almost on the goal line and stepped across for the first touchdown. Clark kicked a difficult goal, and the 89th, amid a bedlam of cheering, went into the lead, not to be headed again. 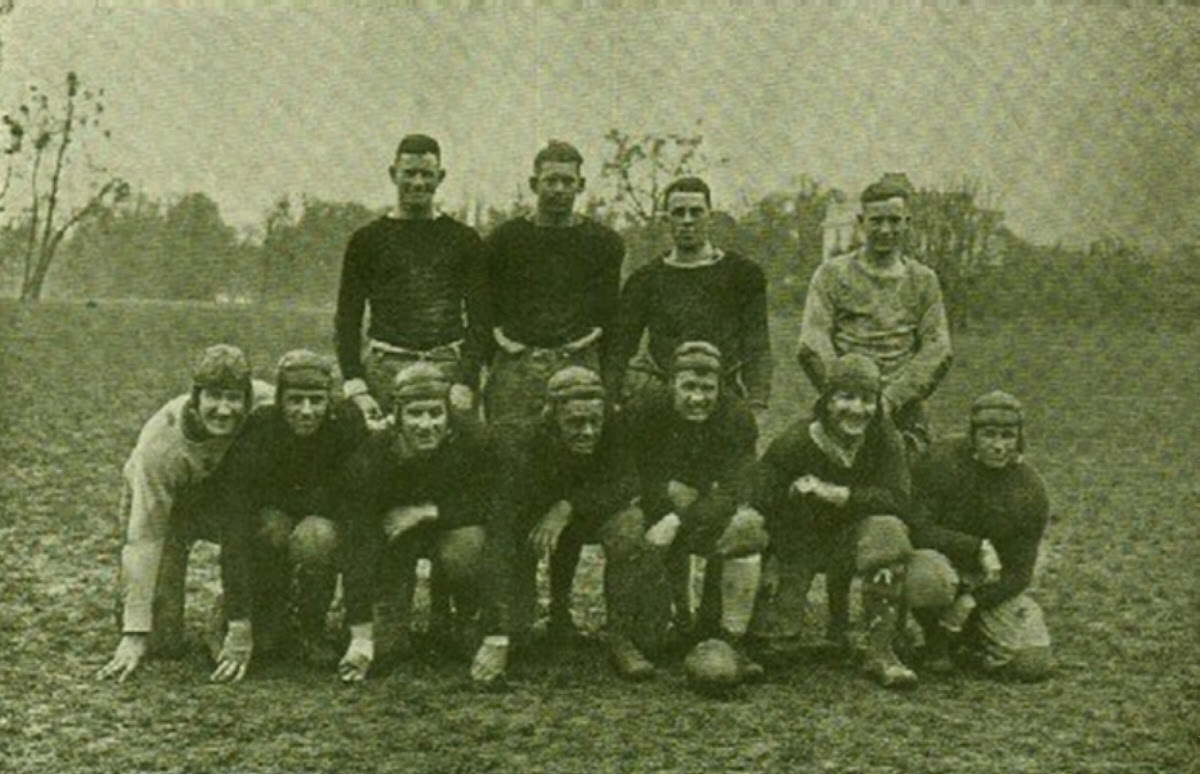 The final score was 14 to 6, the 89th, as usual, coming from behind and emerging with the victory after it had seemed that the game was lost. Before the close of the game, General Pershing came upon the field, personally greeted the players and congratulated them on their splendid game and fine spirit. Paris was not dull that night.