The Story Behind the Photo: The Machine Gunners of Verdun 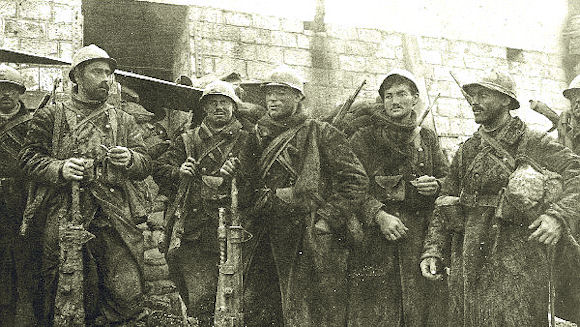 The triumphant machine gunners in the photo above are standing in front of combat shelter MF2 on the Verdun battlefield.  They have just participated in the recapture of Fort Douaumont in September 1916. The shelter had been completed in 1907 and was almost destroyed in 1915 as obsolete. After Verdun was attacked in February 1916, however, it proved its value.  Located mid-way between Fort Douaumont and Froideterre (an important part fort, part field fortification complex). MF2 never fell to the enemy during the battle and withstood numerous bombardments.  It still stands today, but it's quite difficult to get to. Here are two recent photos from Christina Holstein, who helped me pin down the location of the photo. 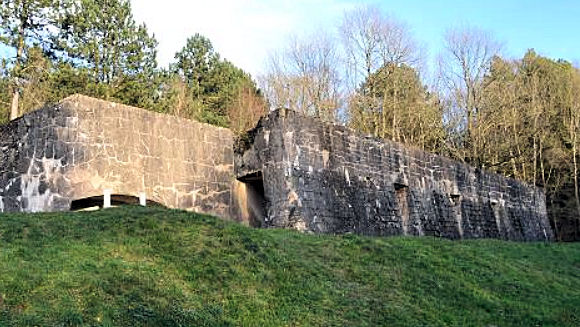 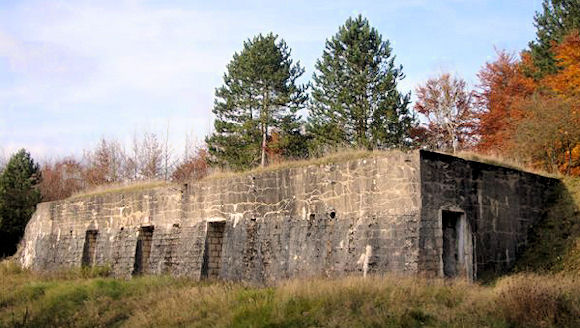