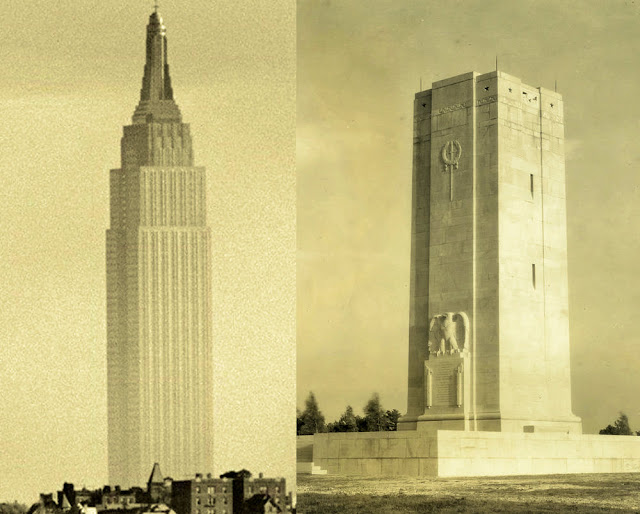 Arthur Loomis Harmon, the design architect of the New York firm Shreve, Lamb & Harmon is credited with the design of the Empire State Building and the U.S. Sommepy Memorial that sits upon Blanc Mont Ridge in the Champagne in France in 1918. It commemorates the 70,000 Americans who fought in the surrounding area. Harmon was elected into the National Academy of Design  in 1935. He died on 17 October 1958 in White Plains, New York.

The Harmon's participation in the work of the American Battle Monuments is an indicator that, at General Pershing's insistence, the nation's very best designers were involved in honoring the service of the AEF in World War I.

Tip of the hat to Jim O'Donnell,who pointed this out on my 2018 AEF battlefield tour.