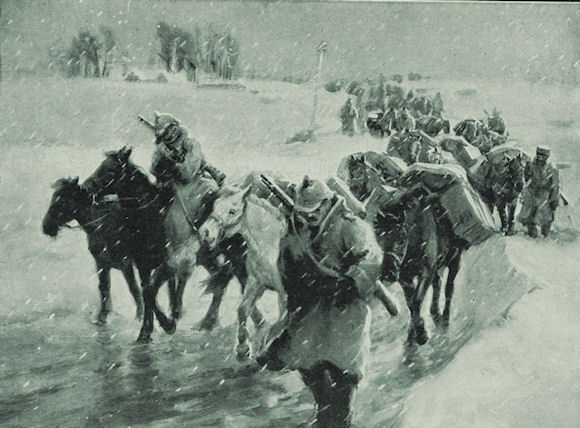 Religious souls visualize hell as a blazing inferno with burning embers and intense heat. The soldiers fighting in the Carpathian Mountains during that first winter of the war know otherwise.
Colonel Georg Veith, Third Army, k.u.k.


The Carpathian Winter Campaign of 1915 is mysteriously neglected in English-language sources, given its size. I have on my bookshelf two resource works that represent themselves as guides to the battles of World War I. Neither lists this operation. Most readers of military history would have trouble locating the Carpathian Mountains on a map.

Located in central Europe, the Carpathians are a continuation of the Alps, curving about 930 miles (1,500 kilometers). The highest point at 8,737 ft (2,663 meters) is Gerlach Peak in present-day Slovakia. The slopes are steep on the Galician side, gentler on the Hungarian side. Different national boundaries than those of 100 years ago dissect the long range in the 21st century. Today the Carpathians stretch from the Czech Republic (3%) in the northwest through Slovakia (17%), Poland (10%), Hungary (4%), and Ukraine (11%) to Romania (53%) in the east and on to the Iron Gates on the River Danube between Romania and Serbia (2%) in the south. 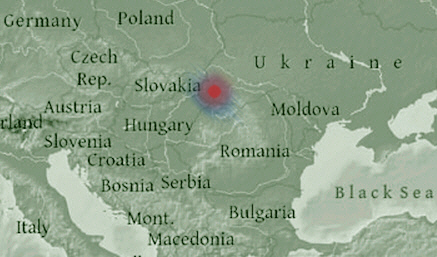 The Carpathian Winter Campaign of 1915 presents one of the most significant and—in terms of human sacrifice most tragic—chapters of World War I. The mountain battles that pitted combined Austro-Hungarian and German armies against Russian troops were unprecedented in the age of total war. In the winter of 1915 the Dual Monarchy launched three separate and equally ill-conceived offensives: an initial effort on 23 January; a second uncoordinated assault on the Russians on 27 February; and a third and final effort to liberate Fortress Przemyśl  late March. Austria-Hungary's objectives were the relief of Fortress Przemyśl  and the security of the threatened plains of Hungary. But Conrad von Hötzendorf, chief of the Austrian General Staff, also hoped that the campaign, if successful, could develop into a large-scale offensive against the southern flank of the whole Russian battle line. The Russian supreme commander, Grand Duke Nicholas, had complementary and opposing aims in the region, as well as plans for an advance from the Polish salient against the heart of Germany later in 1915. 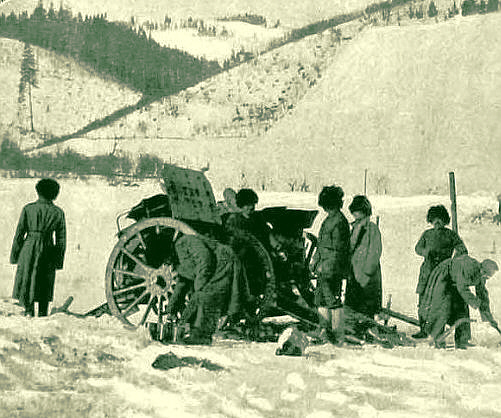 The Karpathenkrieg comprised three separate campaigns launched by the Habsburg Supreme Command from mid-January to April 1915. The Eastern Front operation, which ultimately engaged more than one million men on each side, could hardly have been conducted under worse conditions. The Carpathian Theater lacked the railways, roads, communication lines, and other important resources necessary for maneuvering mass armies. Moreover, the contenders soon found themselves ensnared in an inhospitable mountain environment in wintertime. The three-month campaign, which ended in spring 1915, left in shambles the Austro-Hungarian Army under chief of the General Staff, Conrad von Hötzendorf. The Russians did not fare much better. Casualties on both sides surpassed those of the so-called blood pump battles of Verdun and Somme in 1916, earning the Carpathian Winter War the dubious title of the Stalingrad of World War I.